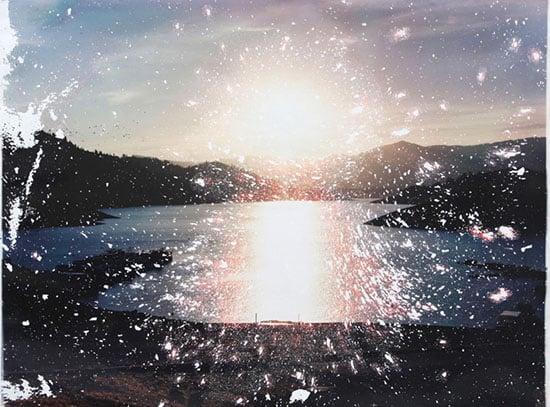 For his project Lakes and Reservoirs, photographer Matthew Brandt exposed using both light and water — after shooting photos of each lake or reservoir (i.e. exposing with light), he made a chromogenic print and then soaked the photo in the water that was photographed, thus exposing it to water. 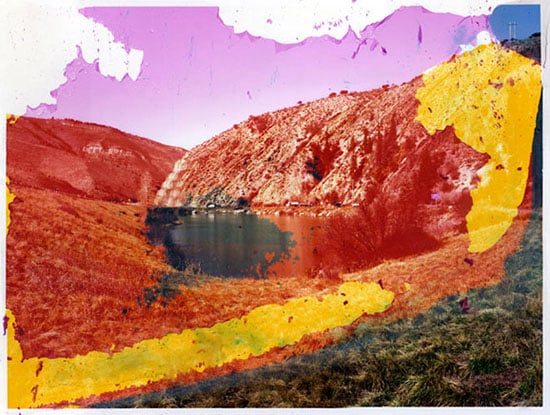 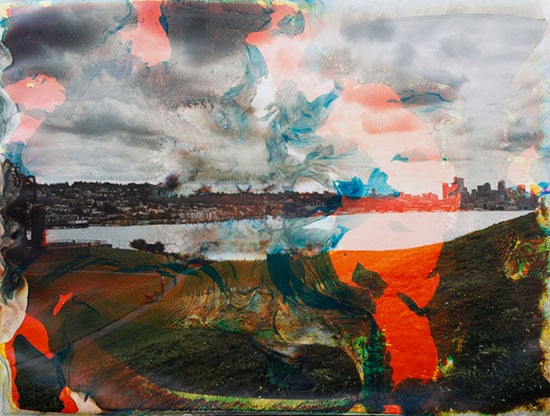 In the series titled lakes and reservoirs, I used water collected from various lakes and reservoirs to degrade their own images. Conventional C-prints were made of lakes and reservoirs around the western United States. Their prints were then soaked in its lake water to varying lengths of time from days to weeks, or months. During this soaking period, the water breaks down the layers of colors that make the image. What is left are degraded C-prints, remnants of the color breakdown that compose the image of the lake or reservoir. It is not only a project about the reflection of a photographic subject that meets its image, but also a metaphor for the degraded technology of color negative printing.

You can check out the entire project over on Brandt’s website here.

Image credits: Photographs by Matthew Brandt and used with permission

Thanks for the tip Linda!