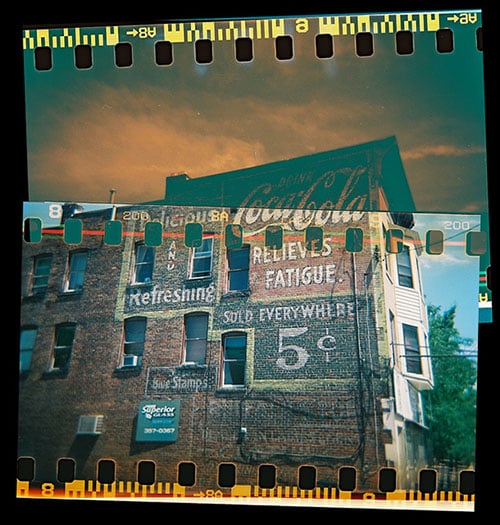 For those of you who still shoot film and are adventurous, have you tried double film photography? Flickr user Chuck Miller stuck two 35mm Fuji 200 films — one normal, one redscale — into a Holga 120N and shot the films simultaneously to get these unique sprocket hole, layered photographs. 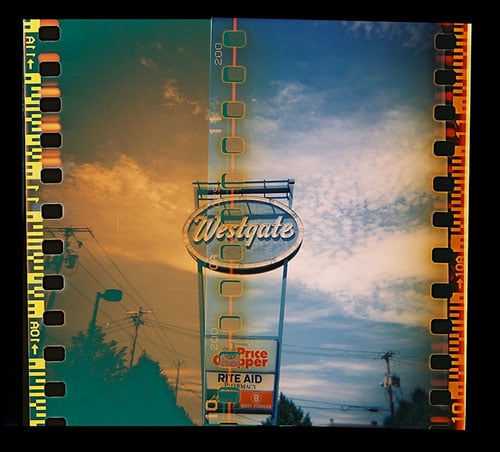 Regarding how to do this, Miller explains,

In a darkroom, unroll two rolls of 35mm film (24 exp works best). Try to make sure that the film is of the same ISO.

In the darkroom, thread the two films onto the loading spool (the spool that will feed the film to the exposure area and to the destination spool). This will take practice to do this in pitch black darkness. Make sure that the films overlap.

Take your pictures. Advance 42 clicks for the first picture, 36 for each additional picture. You will get about 10 shots.

Go back to the darkroom. Lights out. Put the film in two opaque black or metal film canisters. Do not use any see-through canisters. You should put masking tape over the lids, and write the words “loose film” on the tape.

Take the film to your pro lab. Make sure they have the following directions – this is loose film, use a changing box. Let them know what type of film you have used (whether it requires C-41, E-6 or B&W processing), and to not cut the negatives. If they can scan the film onto CD images, ask them to scan including the sprocket holes and edges. Should take a couple of days.

Once you get your film back, use the CD images to digitally assemble the images into one piece, like a jigsaw puzzle. Great stuff if you do it right. 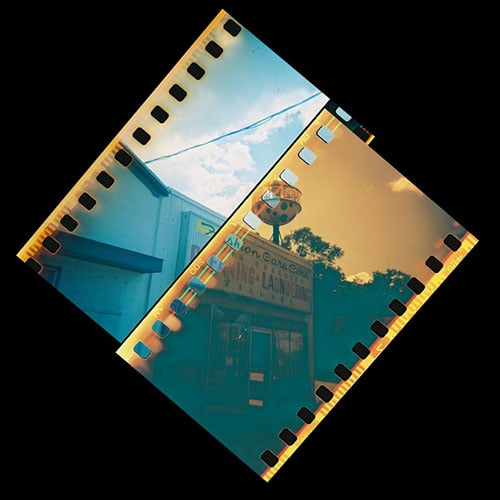 If you decide to give this a go (or if you’ve done this in the past), share your results with us by linking to them in the comments!