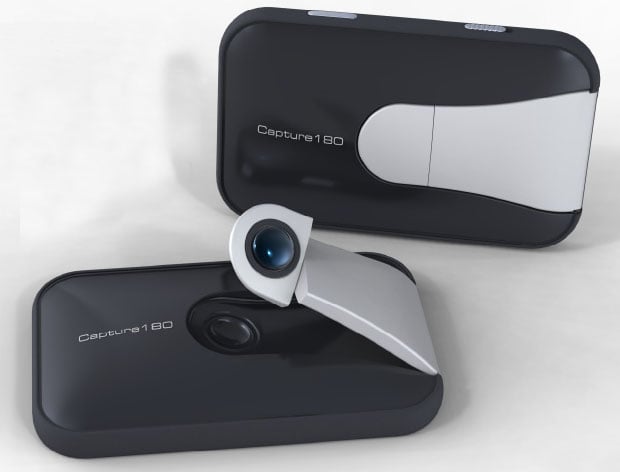 It’s always fun thinking about what photography will be like in the future, and the direction camera technology will go. What’s even cooler is seeing these ideas turned into concept drawings or videos. The Capture180 is a concept camera by Lucas Ainsworth that takes a 180° hemispheric photograph with each exposure in addition to the ordinary, framed photograph. When viewing the photographs with the camera, you can “knock” the camera into a viewing mode in which it acts as a small window into the giant scene that was captured.

The video below should give you a better idea into how this camera would be used:

Maybe further down the road we’ll have 360° floating, spherical cameras that we’ll be able to deploy to capture a super high-resolution view of any location, allowing us to project the scene and view it as if we were actually standing at that location. That would be awesome.

Watch Your Life Flash Before Your Eyes with Pummelvision