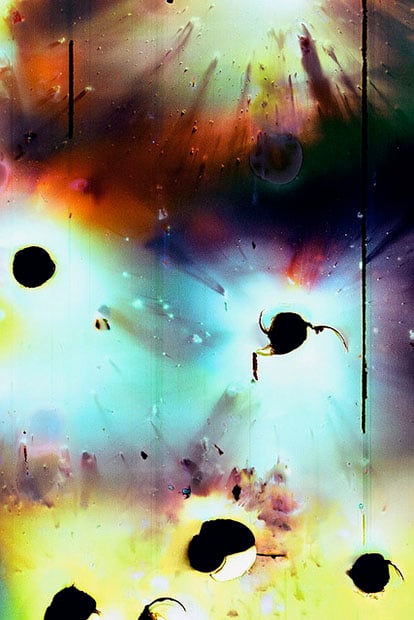 Drew Kunz has a pretty neat way of creating abstract pinhole photographs. Using a film canister as his “camera”, he drills small holes into rolls of color film, distresses the film further with a small nail, and then develops the exposed film first with coffee and sodium carbonate, and finally with C-41. 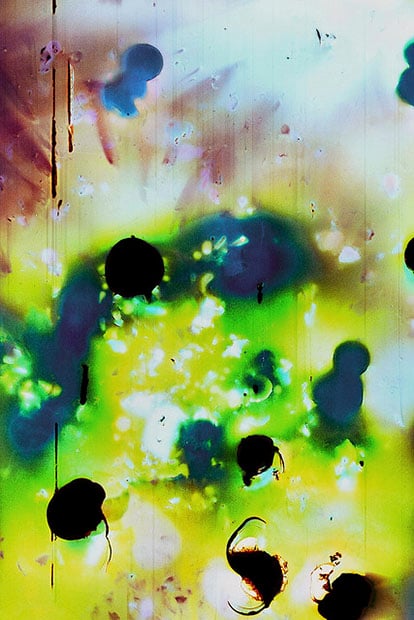 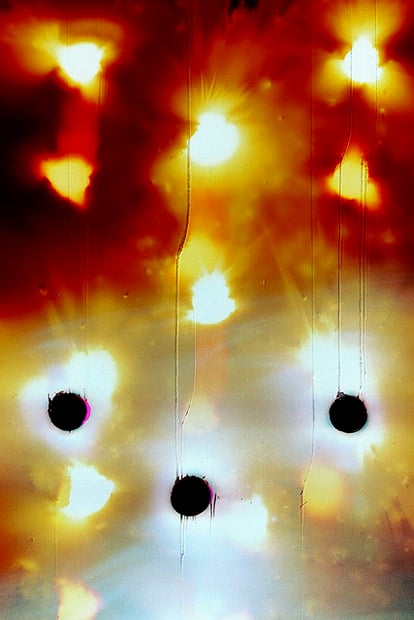 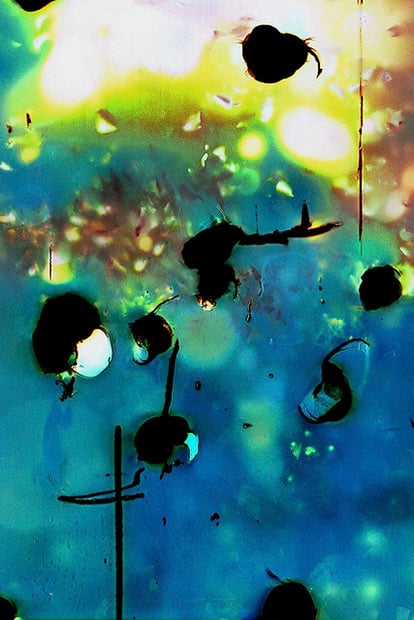 This next image was created in a different manner than the others. Fuji 400 film was immersed in water, frozen, drilled into, and then exposed to light for five minutes, resulting in this: 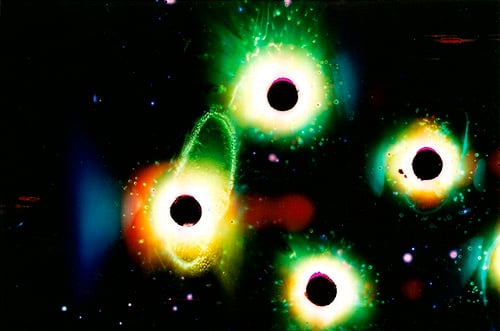 To see more distressed film photos by Kunz, check out this set on Flickr.

Image credit: Photographs by Drew Kunz and used with permission