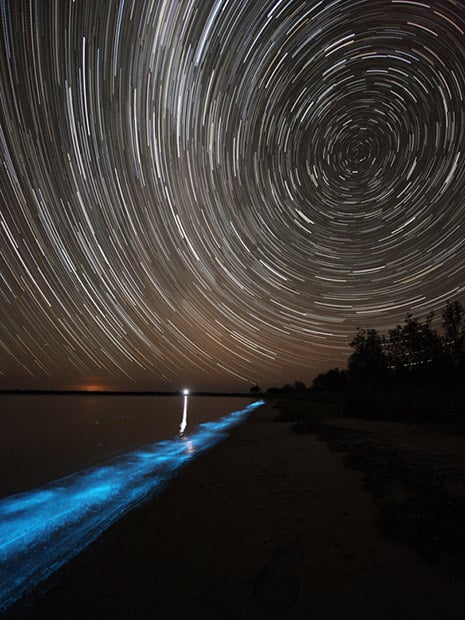 This is an amazing 1.5 hour exposure taken at the Gippsland Lakes in Australia by Phil Hart, showing both star trails and the crazy blue light given off by a bioluminescent algae called Noctiluca scintillans, commonly known as the Sea Sparkle.

The algae glows blue whenever there’s movement in the water, which there is where the waves break onto the shore. Sea Sparkles is going under Northern Lights on my list of things I’d like to see with my own eyes someday.

You can also check out some of the other photos he shot, and read about the story behind the photograph on Hart’s blog.