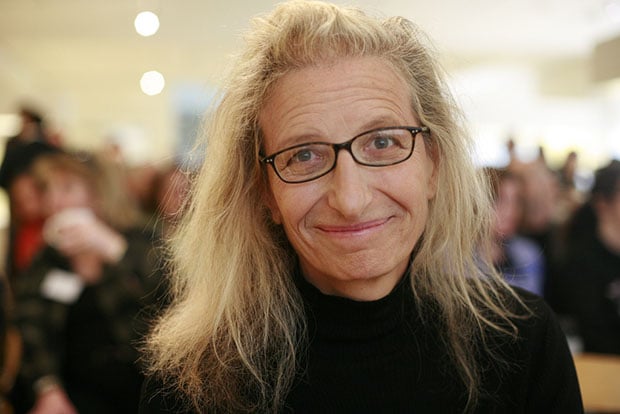 Leibovitz was recently at risk of losing ownership of her iconic portfolio of portraits after borrowing $24 million from the Art Capital Group and then being sued when she was unable to repay the debt. As part of her collateral, she had used rights to her entire collection of photographs, a move that led the New York Times to write that, “one of the world’s most successful photographers essentially pawned every snap of the shutter she had made or will make until the loans are paid off.”

The Financial Times reports that under the new deal,

Ms Leibovitz will retain the rights to more than 100,000 photographs and about 1m negatives stored in a warehouse in Manhattan.

Colony Capital will also be assisting Leibovitz in marketing her work. Founder Tom Barrack is quoted in the article as saying,

We will be partners in managing her assets and her business so that Annie can spend her time and focus in pursuing her passion as only she can do,

Leibovitz’s financial woes have puzzled many in the general public, since she is considered one of the most successful portrait photographers of all time. According to a New York Times article last year, she earns a seven-figure salary from Vanity Fair, and commands tens of thousands a day from her clients. However,

Friends and colleagues said that despite her many successes, Ms. Leibovitz has been shadowed by a long history of less than careful financial dealings. Public records show that in the last two years, Ms. Leibovitz has faced tax liens of $1.4 million and two lawsuits claiming that she has not paid more than $700,000 in bills for photography services.

(via The Wall Street Journal)