My college friends and I used to enjoy taking group portraits in and around the Berkeley campus.

Here’s one such photograph we took in front of Sproul Hall, where many of the iconic photographs of Vietnam protests were taken: 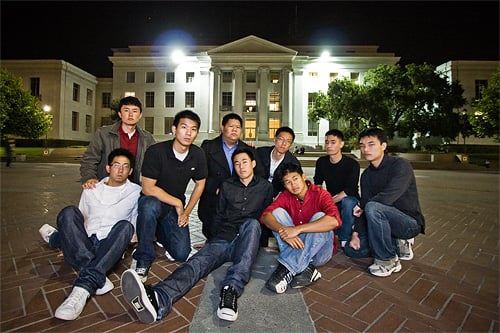 While I like how this photograph turned out, I’ve discovered that I much prefer group photos in which each person is positioned in a unique location, at a unique depth, with a unique pose.

For example, here’s another photograph we took a year earlier in the courtyard of one of the dormitories: 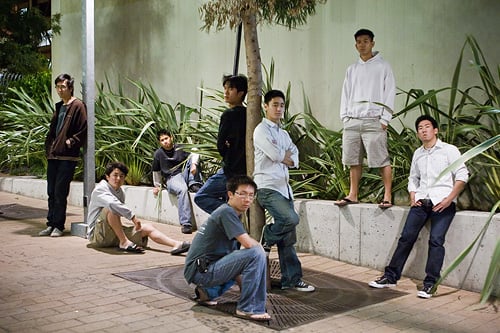 Notice how I tried to keep everyone distinct in the following elements:

Also, try to space out the people in the frame in a not-so-uniform way. I tried to keep each person in their own little area of the frame, at a different head level than the others. In my opinion, uniformity tends to make for boring group photos, while adding some fake randomness makes things a lot more interesting.

Here’s another photo we took the night of the first photo: 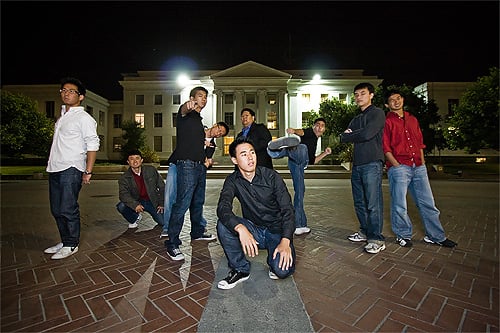 I like this photo better than the first one, but not as much as the second one. I think it’s much more interesting and dynamic, but the lighting wasn’t done very well (we were just poor college students with a single mounted strobe). Also, unlike the first photograph, there’s too much overlap in bodies and too many heads next to each other on the same level.

Anyhow, next time you take a group photo, try to focus on making the distance, pose, and direction of each person unique and see if that spices up your portrait!

Friends on a Bench

Interview with Phil Bebbington of terrorkitten