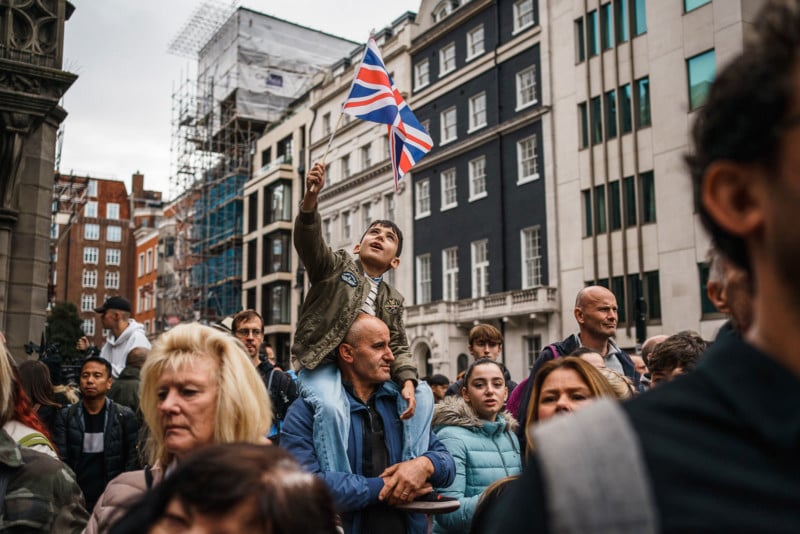 We rarely find ourselves capturing event-based street photography and push to create stories from the everyday. However, at this point in time, we can’t imagine a more important, and historically significant day.


As London street photographers, this once-in-a-lifetime event was one that we felt a duty to document and capture in our own way, to give a sense of what it felt like to be in London amongst the crowds during the funeral of Queen Elizabeth.

Born in Mayfair, London on 21st April 1926, the young queen whilst third in line for the throne was not expected to become queen, as her Uncle King Edward VIII was young enough to marry and have his own children. Her life, however, changed dramatically when at 10 years old her uncle, abdicated making her ‘heir presumptive’ as her father became King.

At 25 years old, 5 years after she had married Phillip Mountbatten, her father King George VI died, and she became Queen Elizabeth II.

Her 70-year reign (The longest of any British Monarch), encompassed a period overseeing some of the biggest changes in technological development, and industrial, economic, and social life across the world, but also of the monarchy itself. 15 Prime-minsters served her during her reign and she remains one of the most traveled heads of state. Her death on 08 September 2022 will be a defining moment in history.

Documenting the People of London

The state funeral of Elizabeth II was, as you would expect, a solemn affair that was attended by world leaders and thousands of her subjects. The service at Westminster Abbey in London took place on 19 September 2022 and is predicted to be the most watched television event in history with over 4.1 billion people across the globe watching it.

Although we had intentions of traveling into Westminster to capture the essence of the procession, we decided to begin our journey in Green Park, to respectfully soak up the atmosphere in Hyde Park instead. 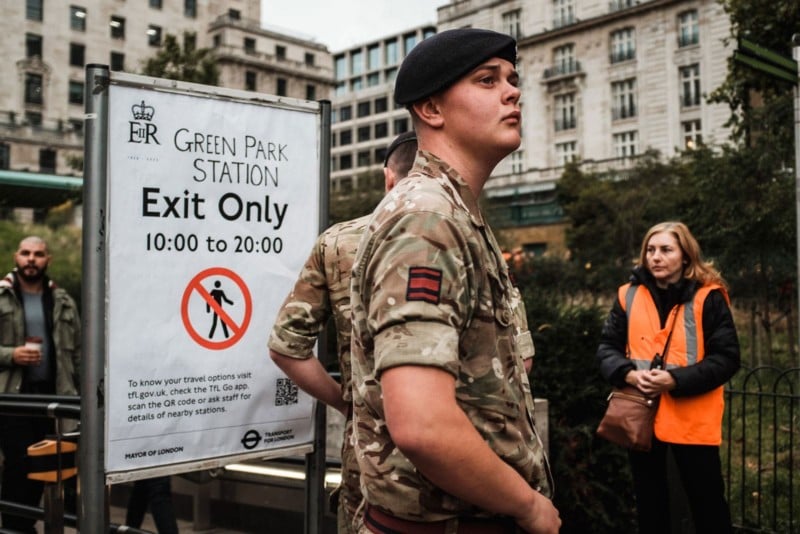 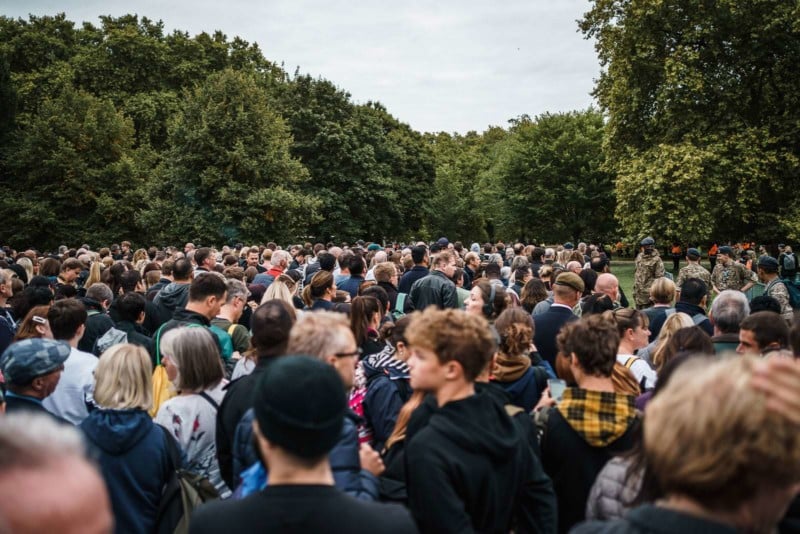 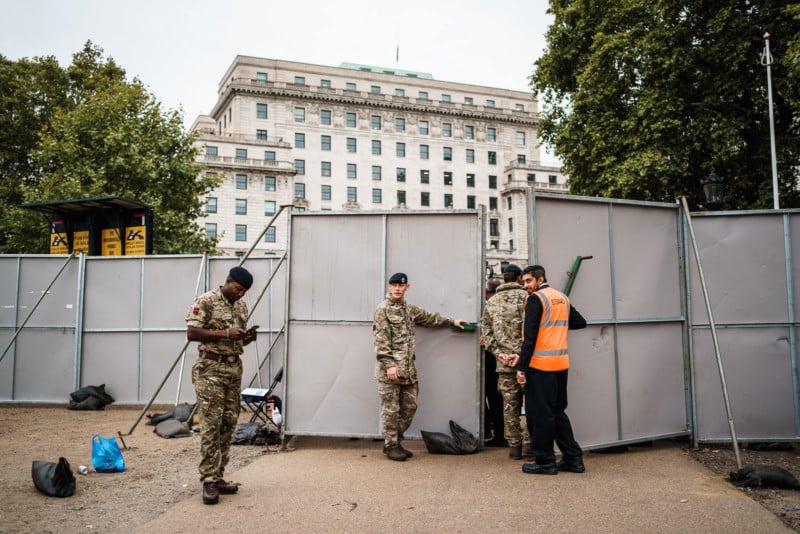 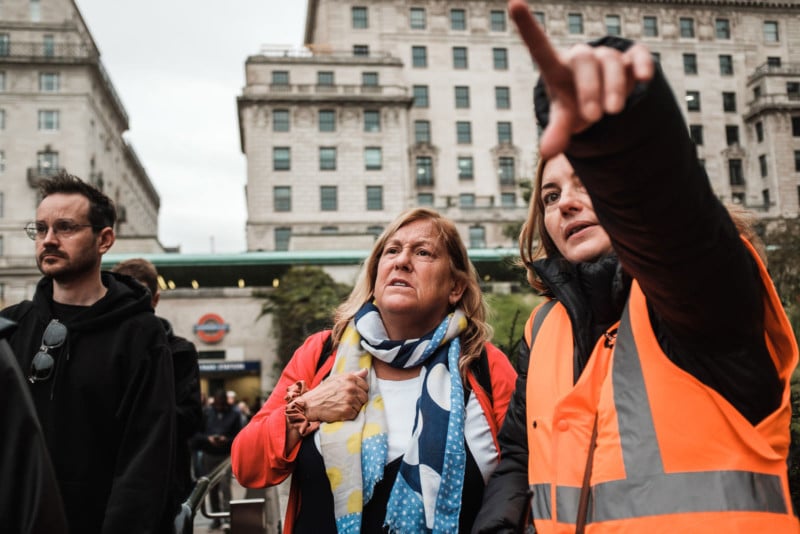 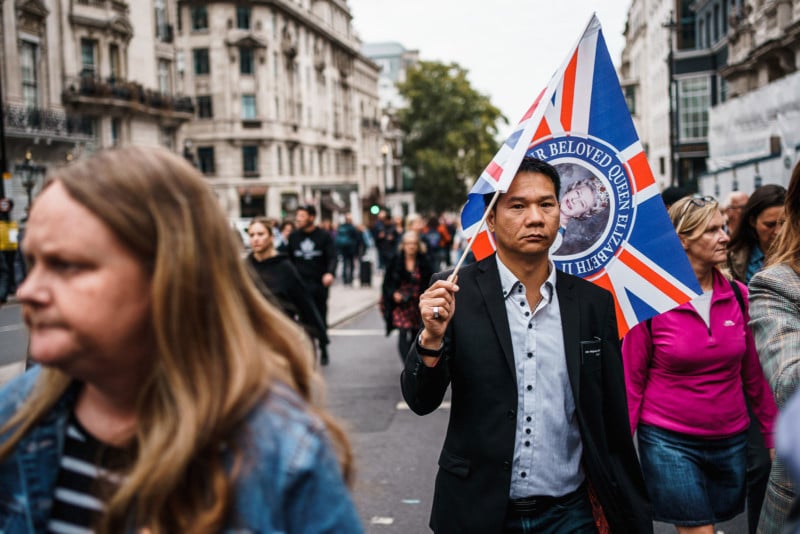 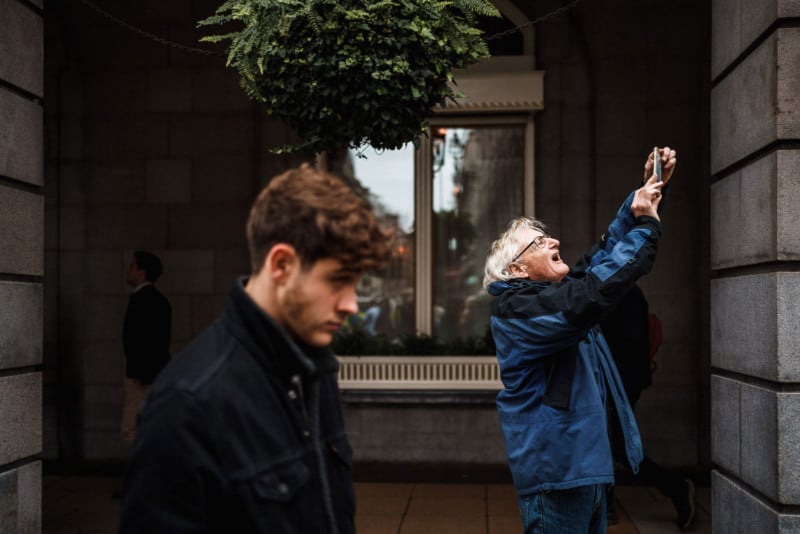 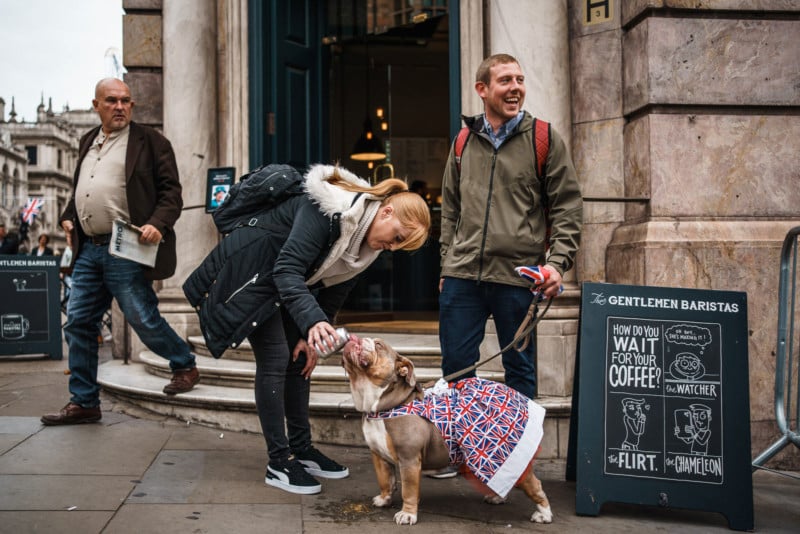 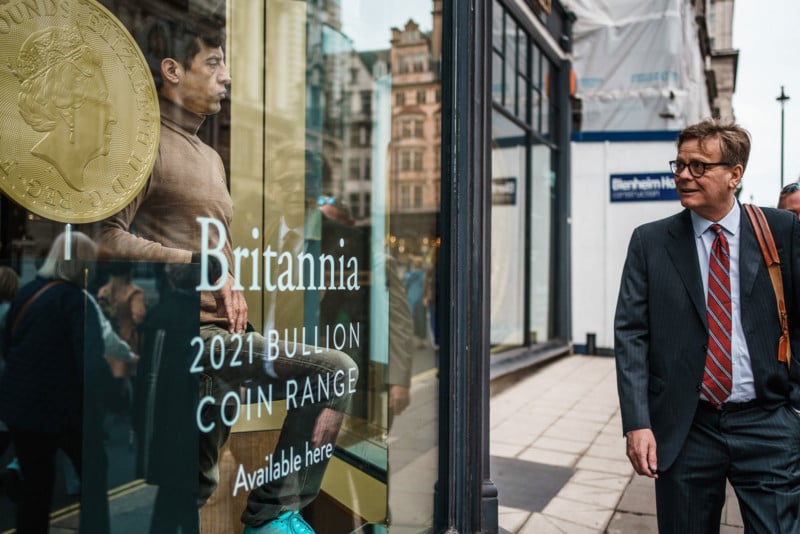 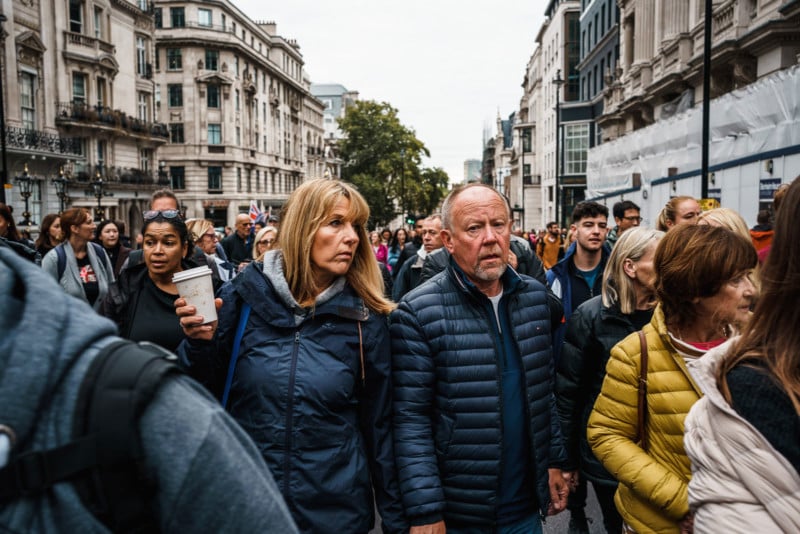 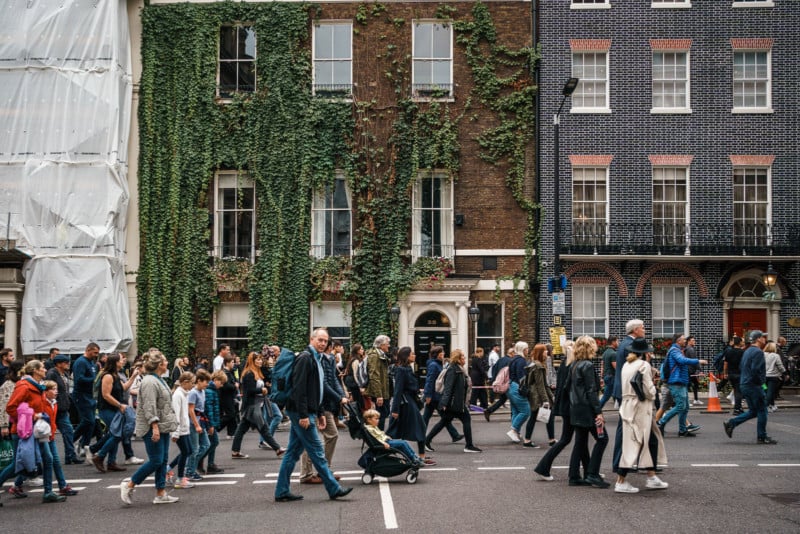 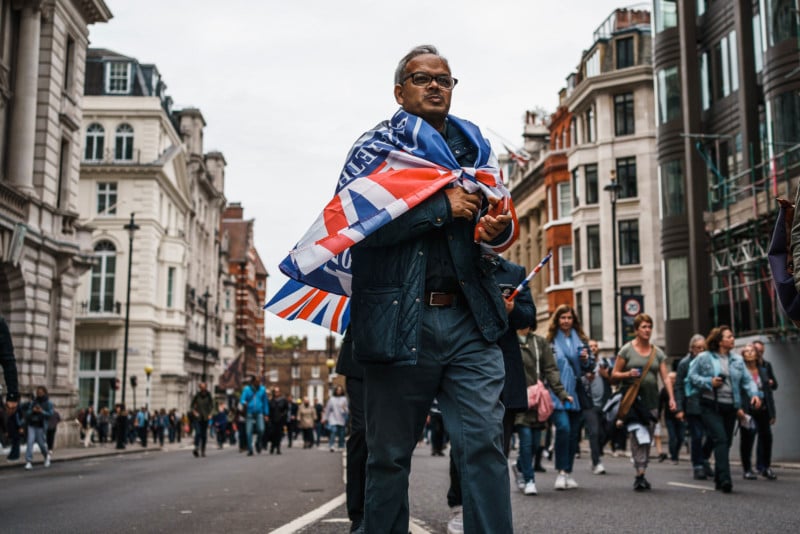 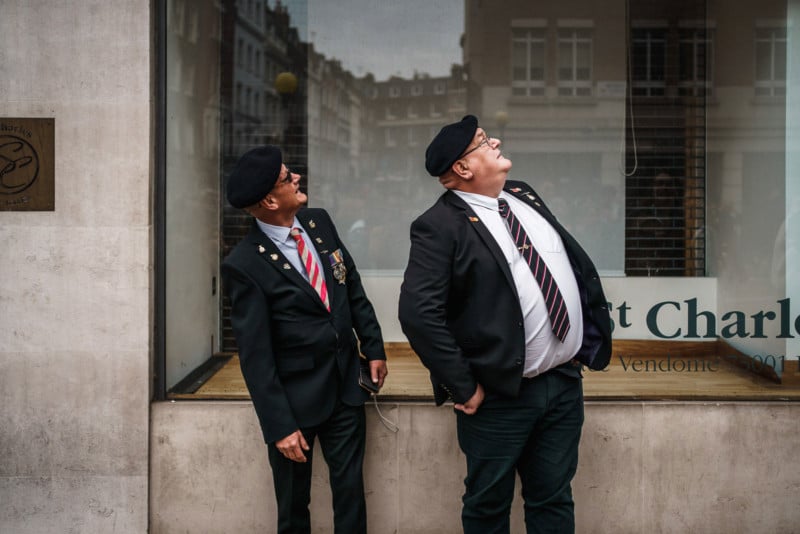 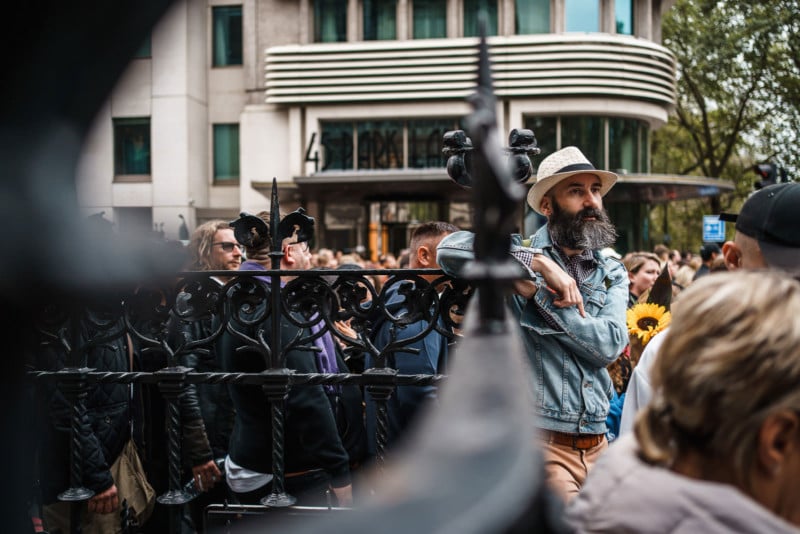 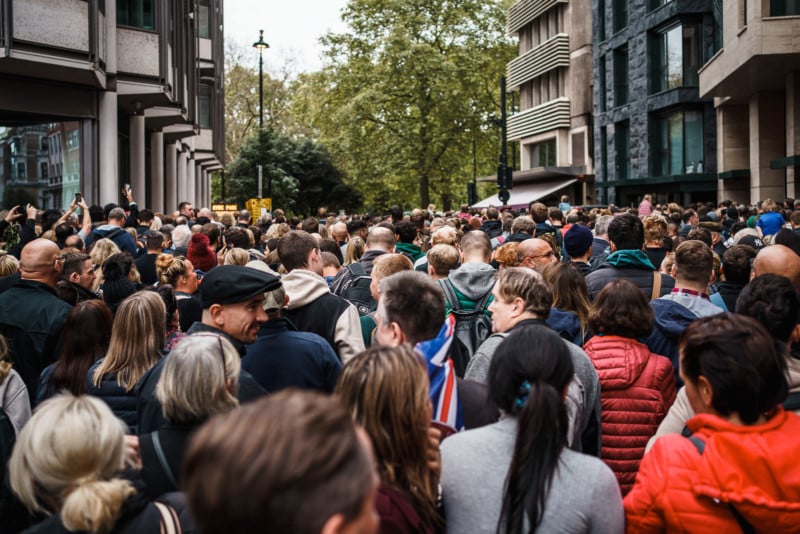 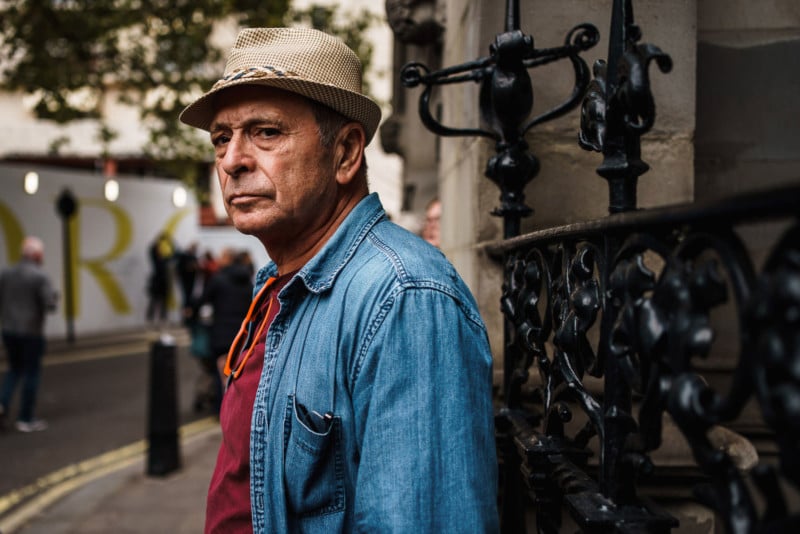 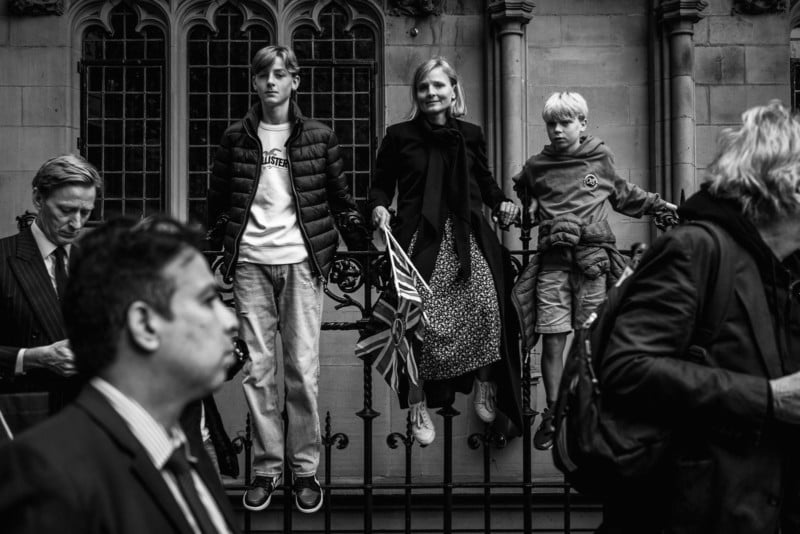 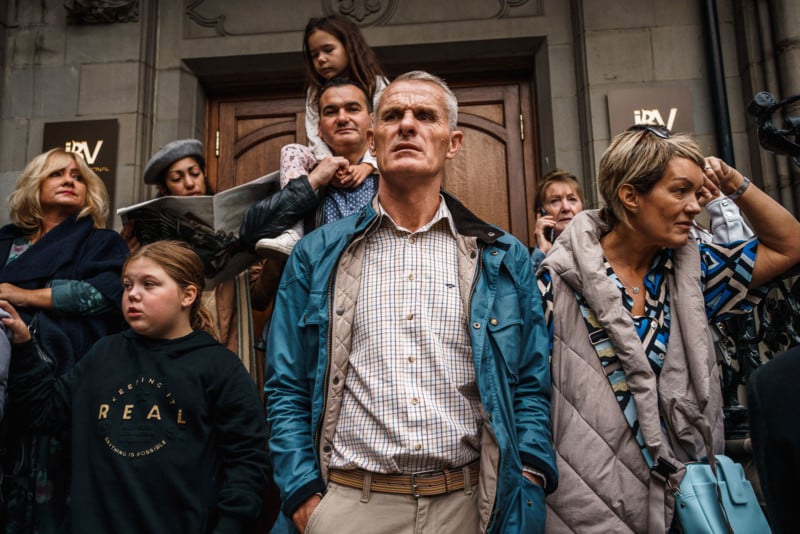 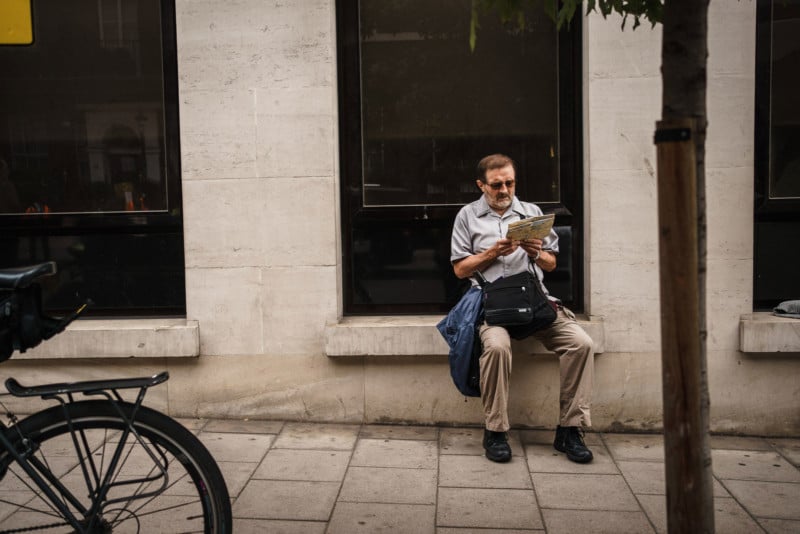 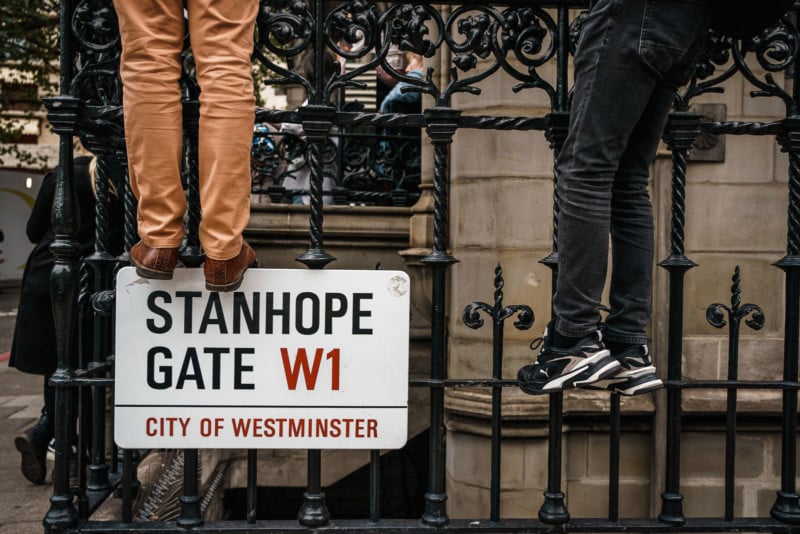 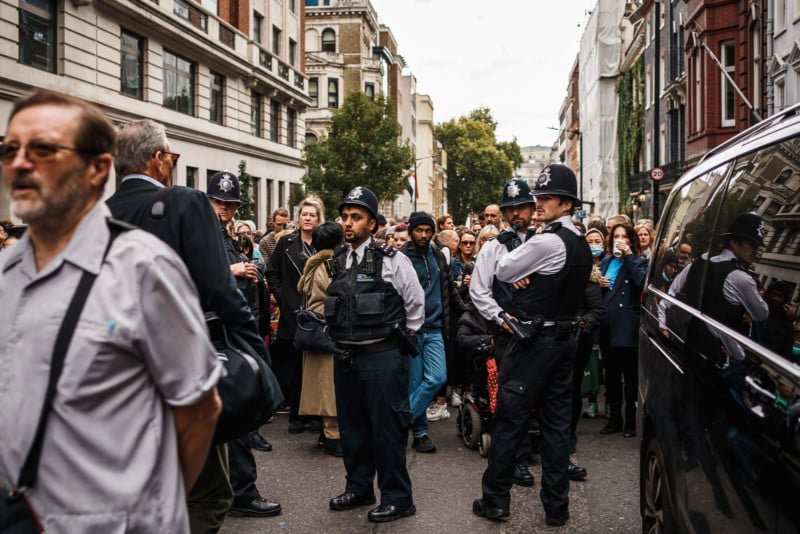 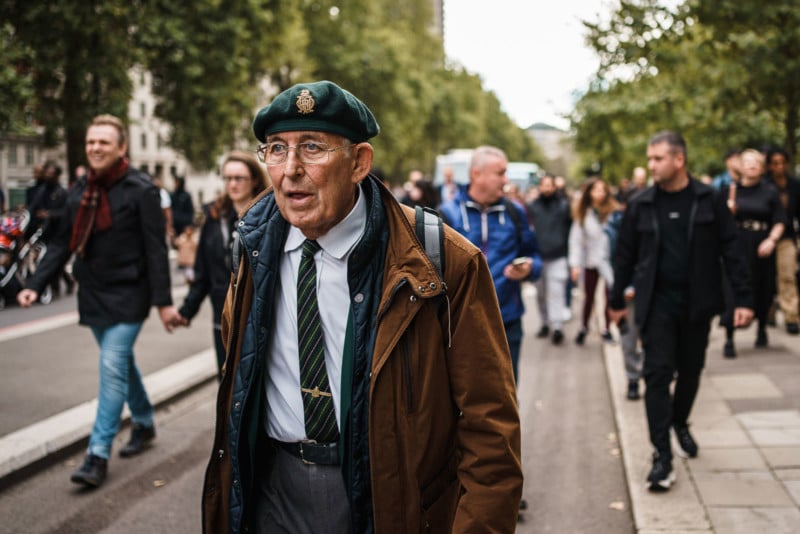 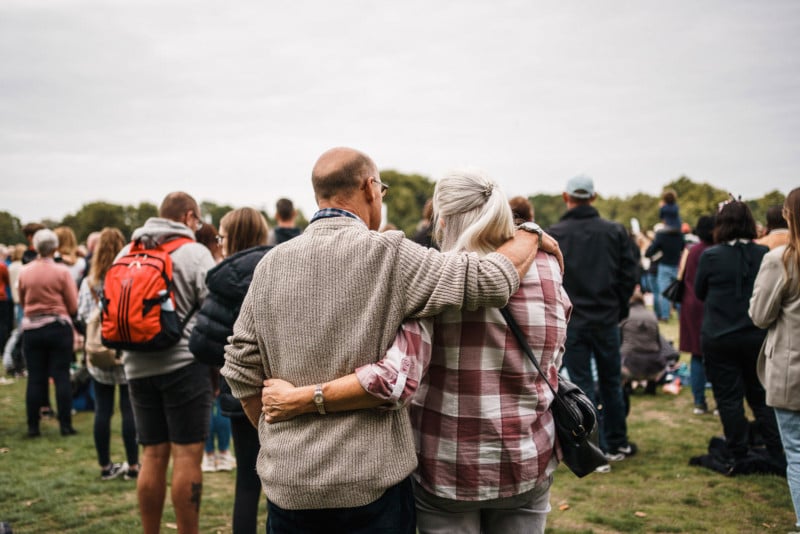 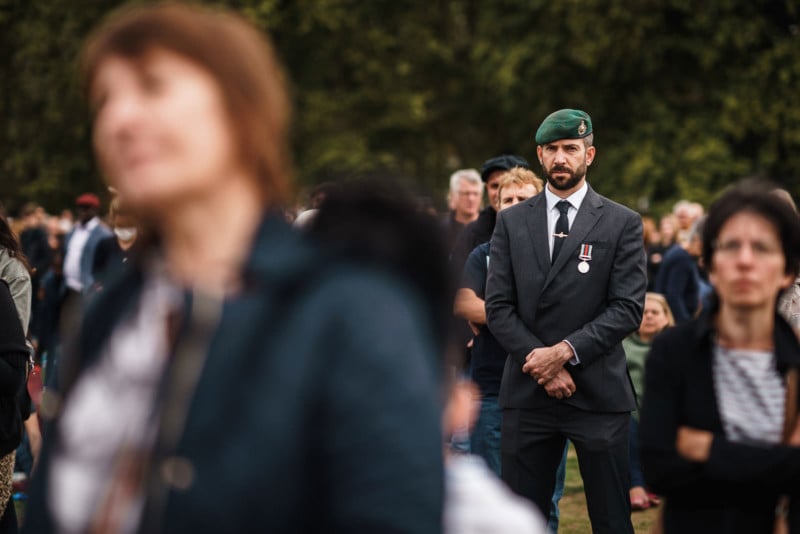 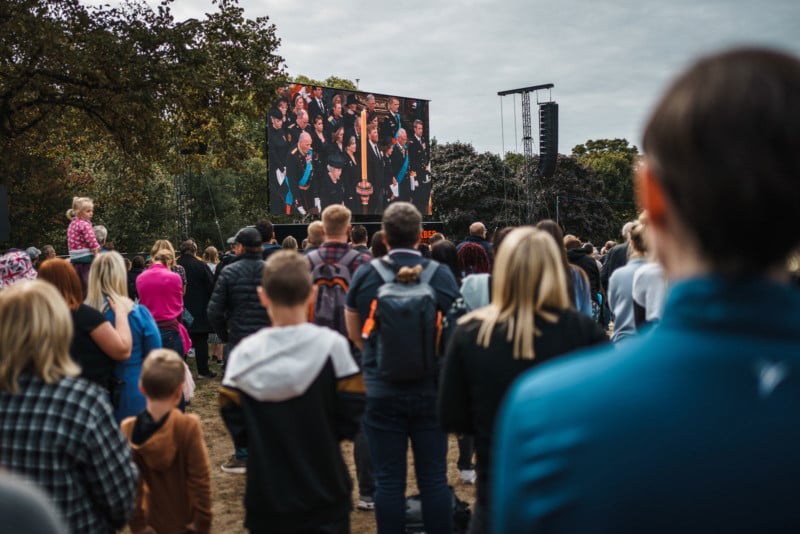 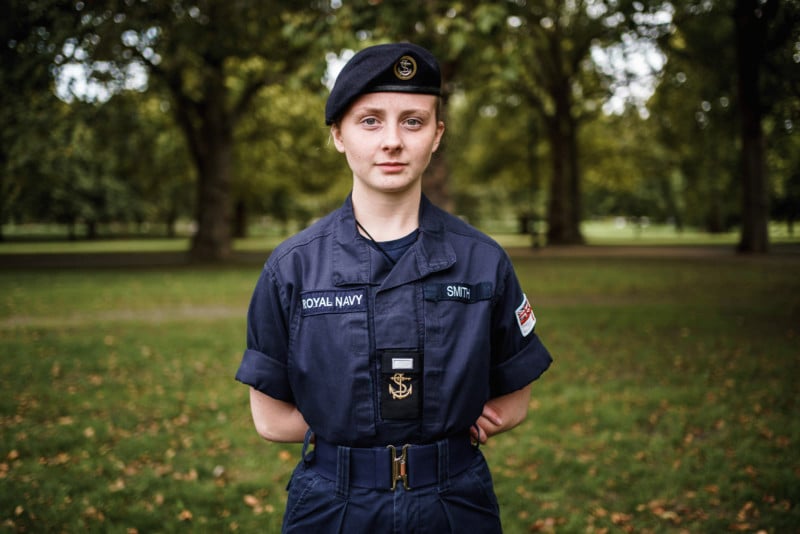 The Equipment Used for This Project

For the majority of our street photography projects, we turn to our trusty Fuji X100F for its simplicity and uncomplicated form factor. It’s an incredibly powerful camera that produces beautiful imagery. It’s also incredibly small and works so well when you need to stay inconspicuous.

However, for more recent projects we’ve opted to use our Sony equipment such as the Sony a7 III and Sony a9. These cameras have lightening fast autofocus and in the grand scheme of things are fairly small too. Granted they aren’t as stealthy, but in mega-crowded locations where there are lots of other distractions, people seem to be more immune to having a camera pointed in their direction, which works really well for capturing candid portraits and street scenes.

For the film, we kept our setup really light using the Sony a7S III along with Sony G Master 35mm, 50mm, and 85mm glass. Although these lenses are pretty large, they serve so well for our filming style with manual and autofocus capabilities.

We considered using our Sony FX3 as it’s slightly smaller and lighter, however, the addition of the eyepiece made capturing moving stills and keeping the camera steady a lot easier.

About the author: Oh Brother Creative is a creative team of brothers based in London specializing in video production and commercial photography, working with London businesses and advertising agencies. You can find more of the duo’s work on their website, Facebook, Twitter, and Instagram. This article was also published here.