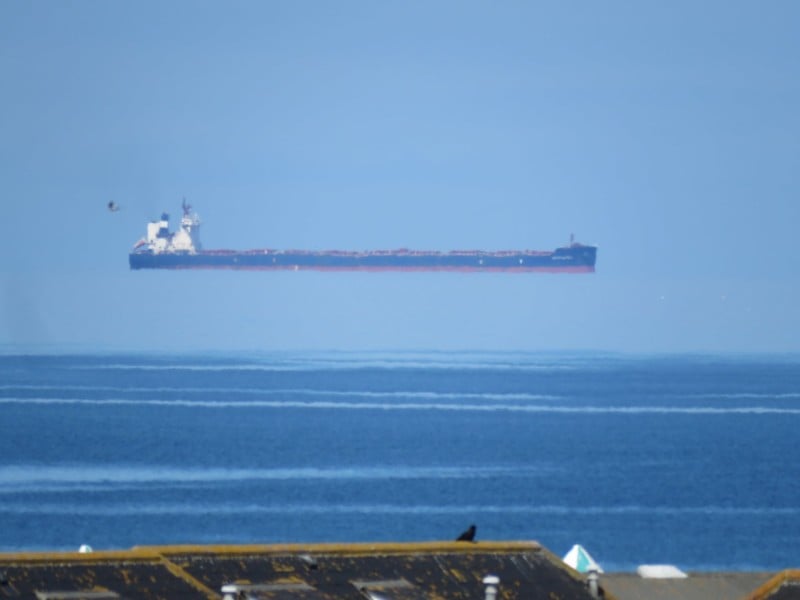 Lizzi Larbalestier was out walking her dog when she looked across the sea and spotted a giant tanker ship floating in mid-air off the coast of the British Isles.

She quickly took images of the levitating vessel in what appeared to be a supernatural phenomenon. However, there is in fact an explanation behind the photograph which has been identified as an example of a fata morgana, an optical illusion caused by warm air meeting cold water.

“I spotted it off Perranporth [Cornwall] around 10:45. The ship has been around a few days now, sitting on the horizon. But as I came home from walking Goose, my dog, I did a double take as it seemed to be flying,” she tells Cornwall Live.

“The optical illusion stayed for at least half an hour…and like people do with most optical illusions or magic tricks I was trying to track what it was or how it worked. Now I know it is light bending. Very, very cool and something I have never seen before despite spending my entire life around water.” 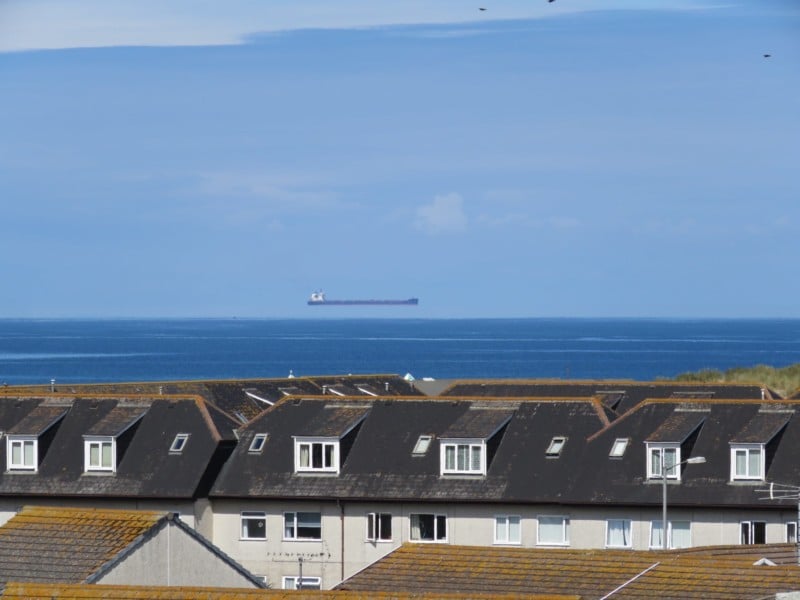 What is a Fata Morgana?

A fata morgana is a type of superior mirage which is created when the sun heats up the atmosphere above a cold sea, affecting the way light travels through the layers of air that are at different temperatures.

These types of illusions are reasonably common in the Arctic. They do also happen in the U.K. but are very rare because of the unique atmospheric conditions it takes to create one. Effectively, a fata morgana makes the sea and sky appear the same color, making it seem like the ship is floating. 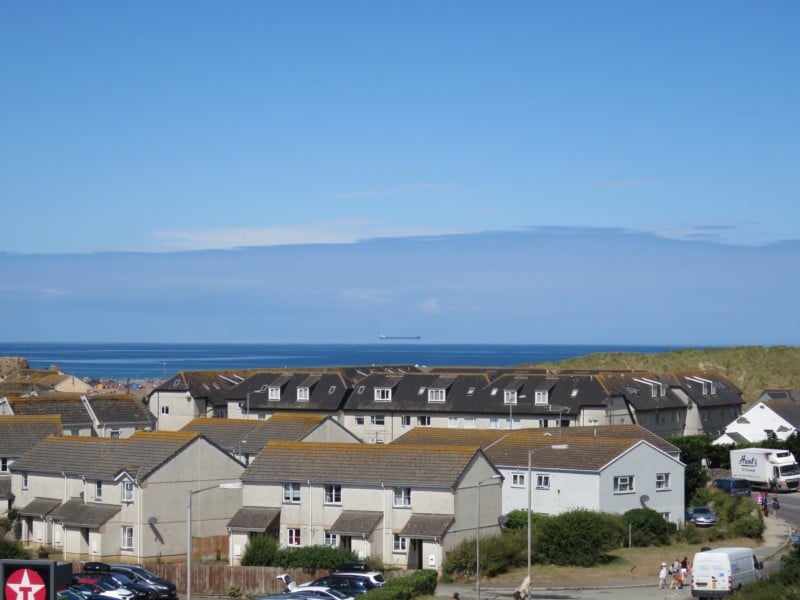 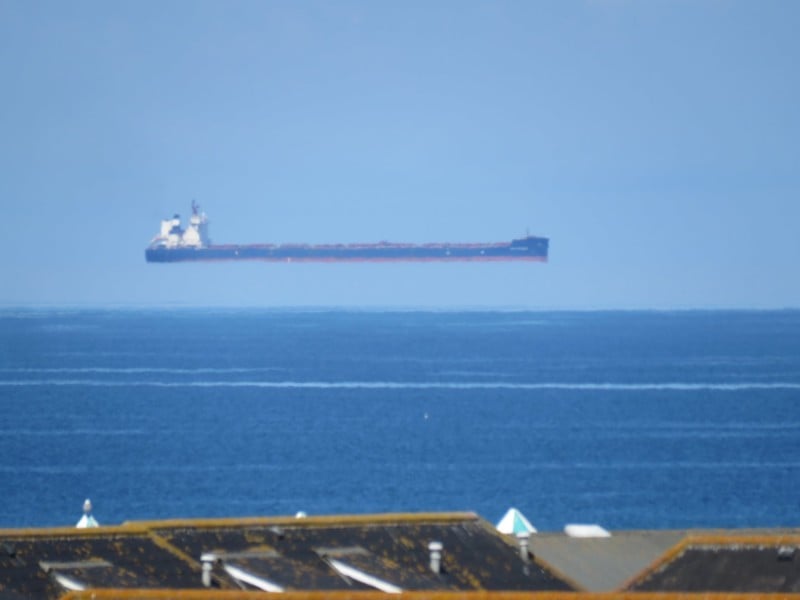 The U.K. Met Office describes it as: “a rare and complex form of mirage in which horizontal and vertical distortion, inversion, and elevation of objects occur in changing patterns. The phenomenon occurs over a water surface and is produced by the superposition of several layers of air of different refractive index.”

“Superior mirages occur because of the weather condition known as a temperature inversion, where cold air lies close to the sea with warmer air above it,” BBC meteorologist David Braine says.

“Since cold air is denser than warm air, it bends light towards the eyes of someone standing on the ground or on the coast, changing how a distant object appears.”

The name of the optical illusion comes from the witch Morgan la Fay in the legend of King Arthur who supposedly created illusions over water to trick people.

It is also widely assumed that fata morgana is responsible for the legend of the Flying Dutchman, a mythical ghost ship that was able to fly.