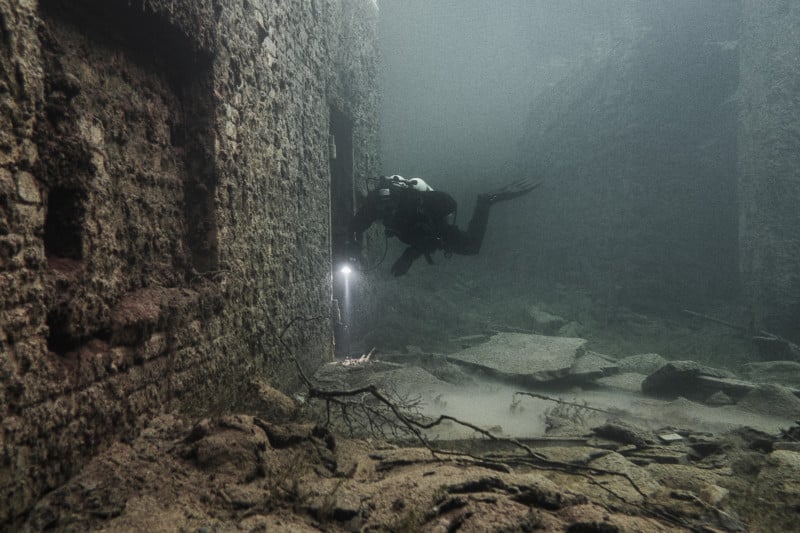 Kimmo and Tanja, the team that makes up Abandoned Nordic, dived into the subzero water to capture a unique location; Rummu prison located inside a quarry where inmates were forced to mine.

The Finland-based photo team tells PetaPixel about the unique challenges that this historic location poses.

“During the dive, we used a Canon Powershot G7 X. Usually, we use other equipment but here we were limited to this because of the underwater (UW) housing. Cold can affect the gear but this time we were in the water for less than an hour — so our fingers were stiff before the equipment was affected,” explains Kimmo. 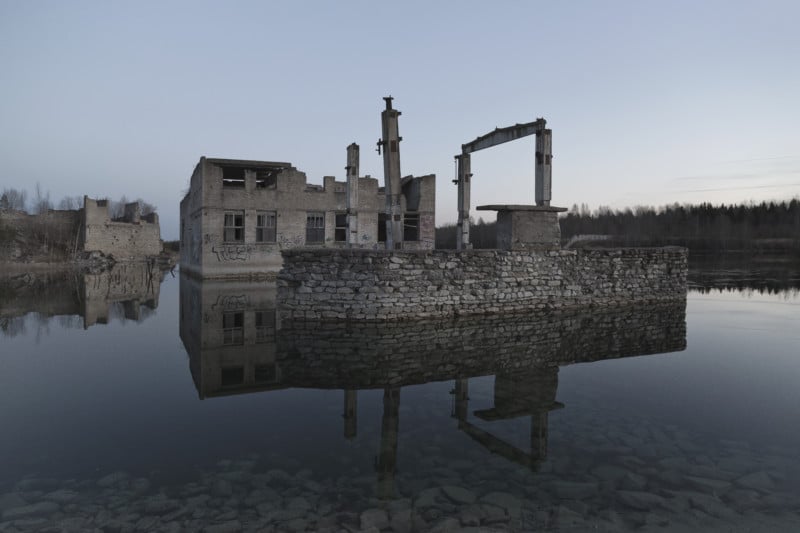 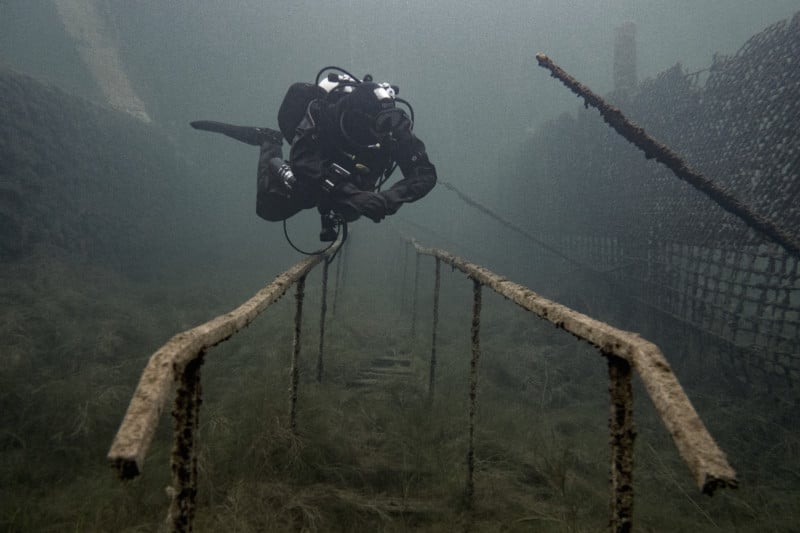 Before even getting to the freezing cold water the team had to climb a wall to access the site with all their diving equipment.

“Also, the water can be clear or foggy depending on the weather. This time it was ok for photos,” the team explains.

“We both had been in Rummu before and it was a fun place to dive and take photos. The quarry is shallow, only around 10 meters deep so it is an easy dive. It is uncommon to see houses or other structures underwater. Also, Estonia is near Finland so it was quite easy to get the gear there.

“Nowadays Rummu is not a very interesting place to visit. There is some sort of amusement park and restaurant next to the quarry. Children can play in the water with their colorful toys. We think that it is quite silly because many people suffered in those mining camps during the Communist era.” 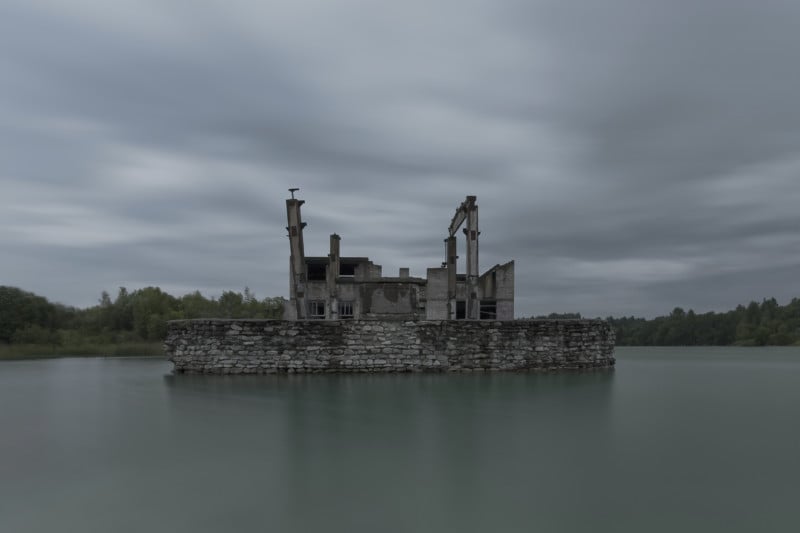 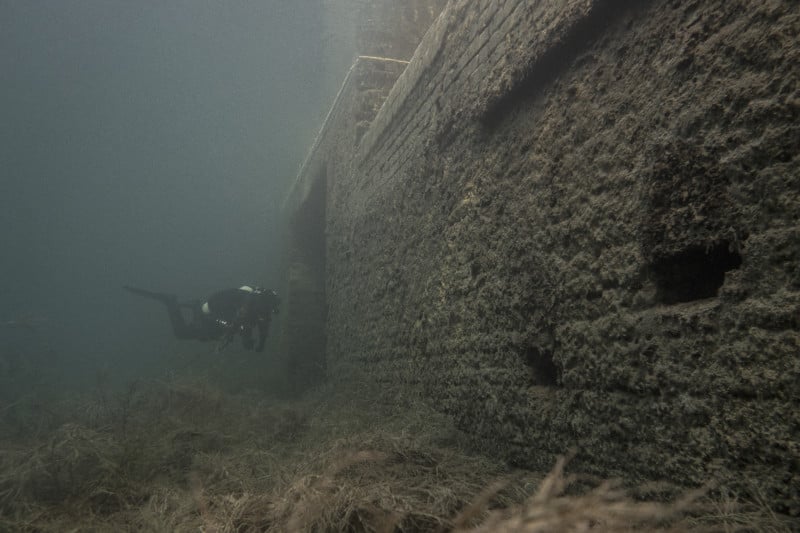 Rummu prison was part of a network of Soviet prisons in Estonia during the 1930s. It was located on the lip of a limestone quarry where inmates were forced to toil. In 1991, when the Soviet Union collapsed and Estonia gained independence, the labor prison and the quarry was abandoned.

With no-one to look after the natural groundwater that steeped into the quarry, it soon began to fill up with water, creating a lake where there was none before. Part of the prison can still be seen sticking out above the surface of the new lake, but a good chunk of it is submerged beneath the waves.