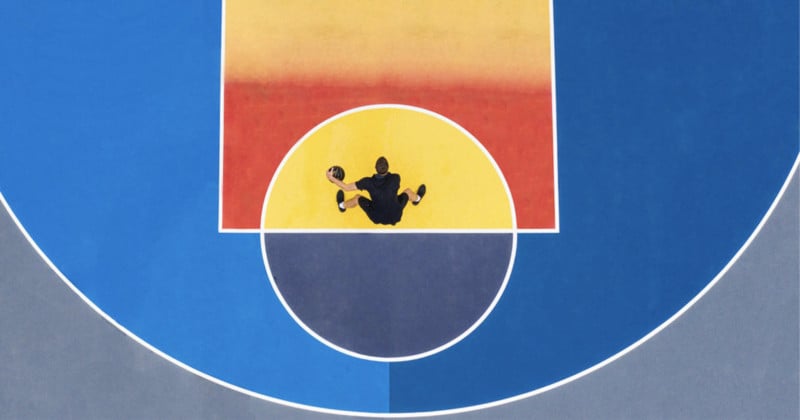 Sports photographer Ilanna Barkusky started her colorful and geometrical aerial sports court series by chance after receiving a full drone pilot’s license and flying over areas she hadn’t been able to shoot before.

Photography For the Love of Sports

Based in Los Angeles, California, Barkusky is an award-winning sports and aerial photographer and director. Sports photography had always been on Barkusky’s radar since she first used up a camera, but it wasn’t until later that she began exploring the options a career in a creative field provides.

“I originally picked up a camera to document the activities I loved, and my passion for creativity and artistic collaboration really grew from there,” she tells PetaPixel. “My passion for these sports on their own came first, I never experimented much before I started down that road.”

New Creative Possibilities With a Drone

The idea for Barkusky’s latest creative project came after she received her full drone pilot’s license, allowing her to fly in places she hadn’t been able to take off in before. She found a basketball court in her hometown that caught her eye, and the idea was born. 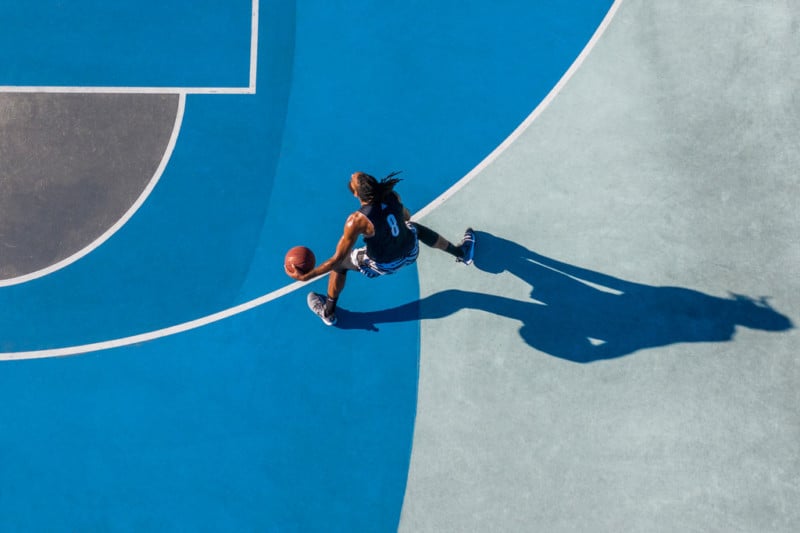 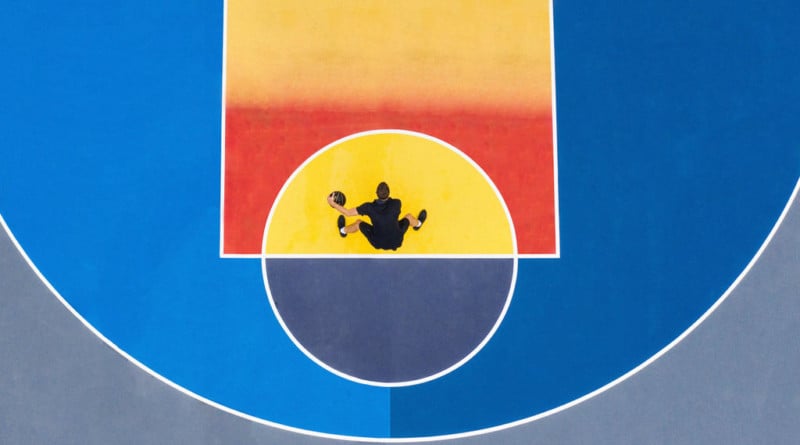 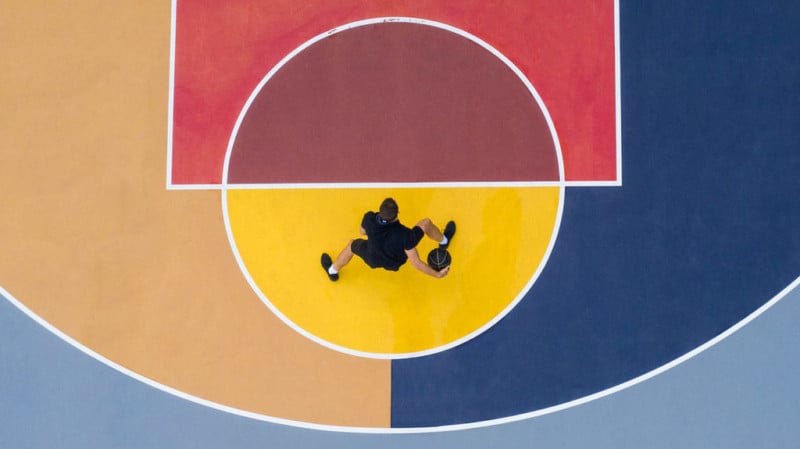 “I had never intended for it to become a series, but after I had shot a couple of locations in this way, it made sense to keep building on it,” she says. “A few art producers I had been meeting at the time with suggested I keep things going and see what comes of it, which was great advice!”

The practical side of the series was not an issue — Barkusky started her project during the pandemic. She produced and permitted all the locations herself, which was easier than expected because the parks stood empty.

“Park and city managers were extremely accommodating in helping me gain the permission I needed,” she explains. ” I was also able to socially distance easily with the drone in the air and myself out of view, which meant there was little to no risk to the athletes involved.” 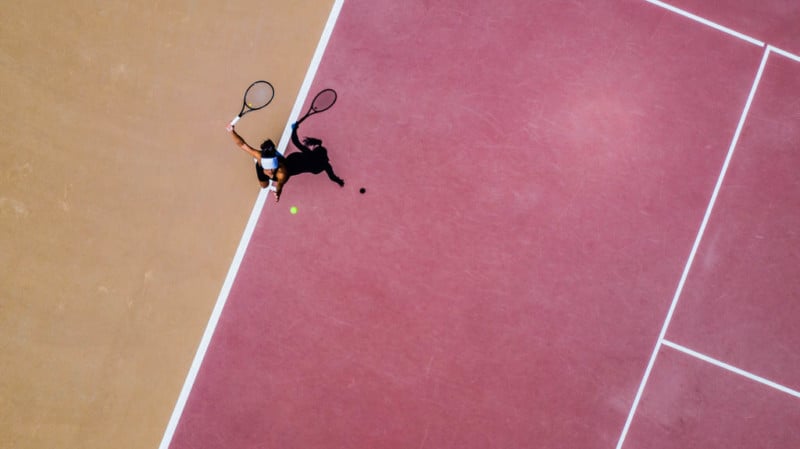 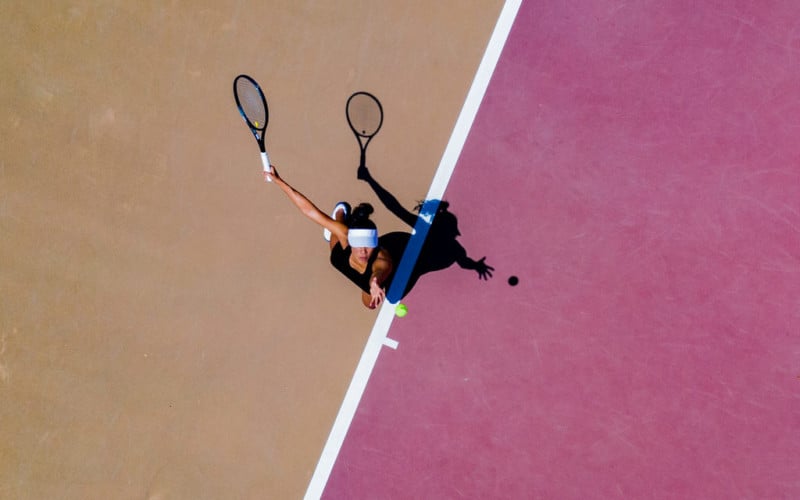 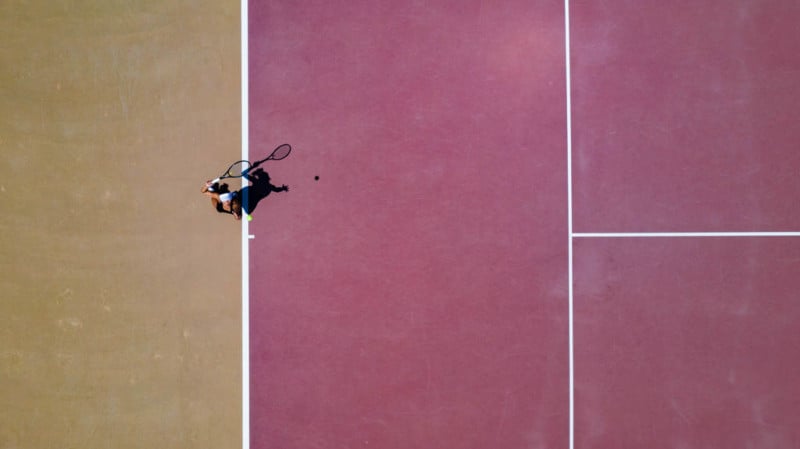 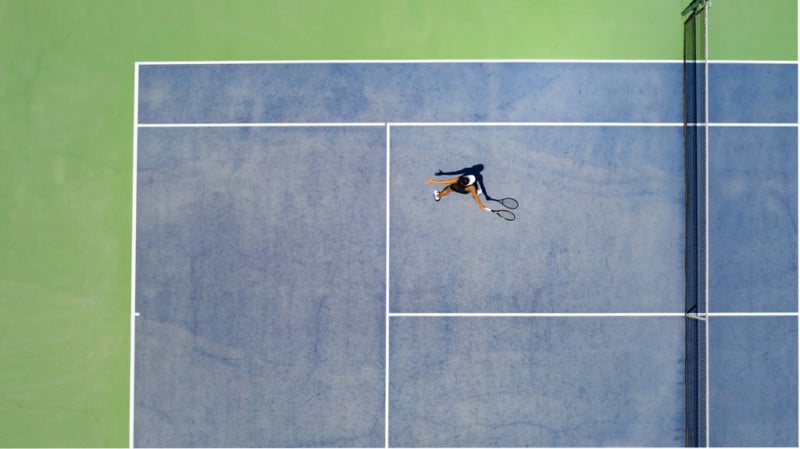 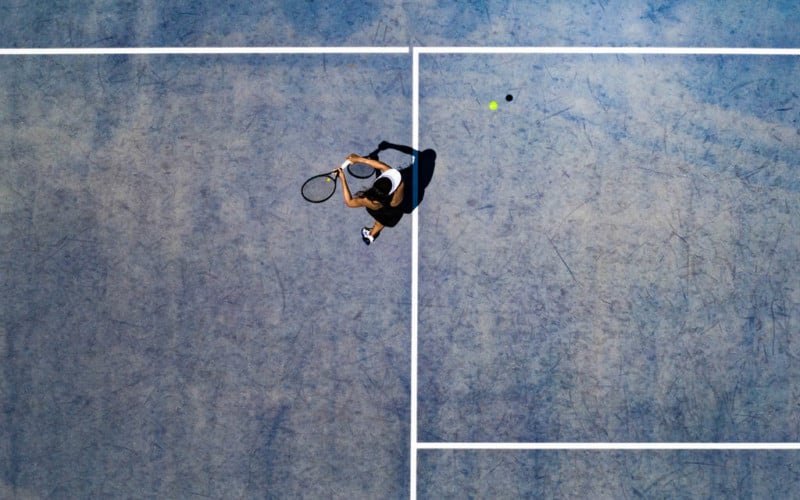 The location ideas came naturally and easily — sometimes she would come across them during her day-to-day or already knew of a community park and space to explore. Because the project rests on the different creative options each location gives, Barkusky scouted the area first before going any further.

“That being said, I would usually avoid flying the drone at the location ahead of time,” she says. “I was continually amazed at the compositions that would reveal themselves from the air once the athlete was in motion, so I wanted to keep a level of unpreparedness to let the magic unfold.”

Barkusky doesn’t see the end of her series because it has opened so many doors already. Whenever she stumbles upon a location or an idea, she feels a need to follow it through and see what she can create. 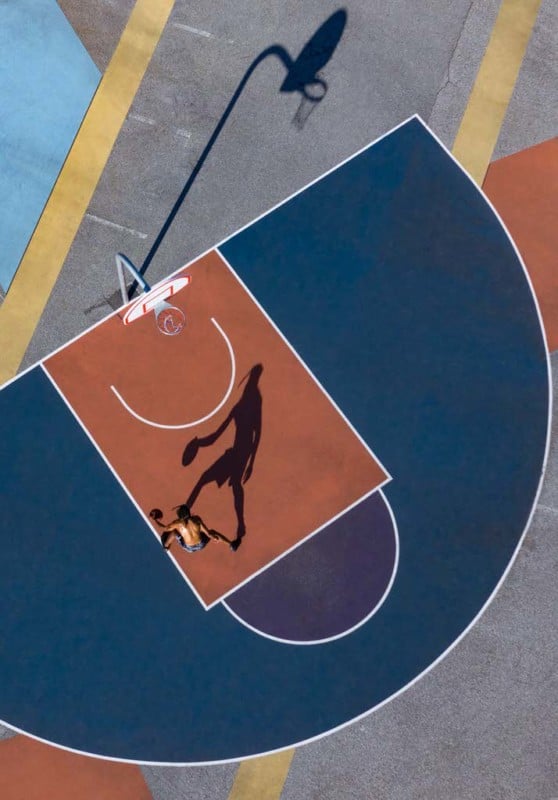 “I have been able to direct a few off-shoot personal video projects from this concept called ‘Colour Series’ and ‘Imagination’ so far, so I would love to further put together more creative moving images that fit within this theme and continue to use animation within that box,” Barkusky says.

“I also would be hoping to add more sports that might be more unexpected, like swimming or surfing where the colours, shapes, and lines that come together might be a little more serendipitous.”