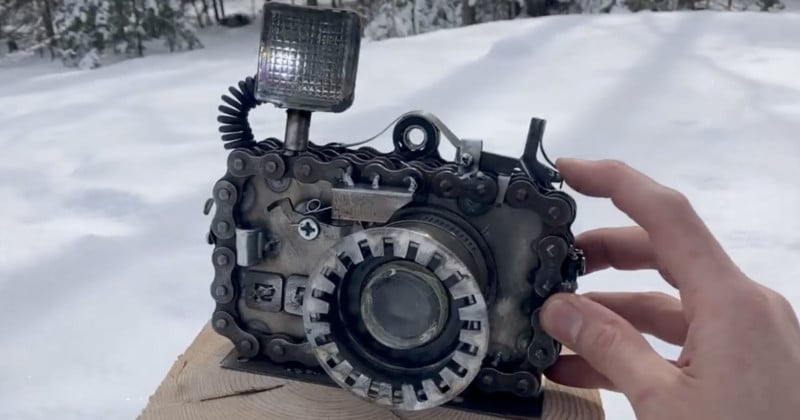 Scrap metal artist and ASE-certified technician Christopher Bissett has built a camera out of scrap metal that features a “working” flash and shutter button.

Bissett wanted to create a camera that looked and felt as close to the real thing as possible. The design he had in mind had to be portable and relatively lightweight so it did not necessarily have to just sit on a shelf, but could actually be held and enjoyed.

Speaking to Petapixel, Bissett said that his grandfather was a chemist who worked for Polaroid for decades, so cameras have always held a special interest to him. After seeing some friends make basic scrap metal cameras, Bissett says it bothered him that they didn’t offer much to mimic how a camera actually would work. So, instead of just making another display piece, he wanted something “functional” that owners could actually play with.

He assembled the two halves of the camera using some sewing machine parts to make the hinge and a bearing bolted on as a lens for the front and a 3D printed holder for the battery system for the flash. Using a Cree lightbulb from a headlamp paired with a 12v A23 battery to make it all work at full power, he even made a sort of flash-bulb system. Putting it all together, the camera has a functional shutter button that triggers the flash. For fun, Bisset created a short video that makes the whole system look like an actual working camera. The “images” required a bit of camera trickery where Bissett says he staged the photos, then recreated them in CAD where he plasma cut them to photo size. He then swapped it out off-camera to make it all feel real. Trickery or not the tactile art piece camera is still more fun than just a typical sculpture that stands motionless on a pedestal. 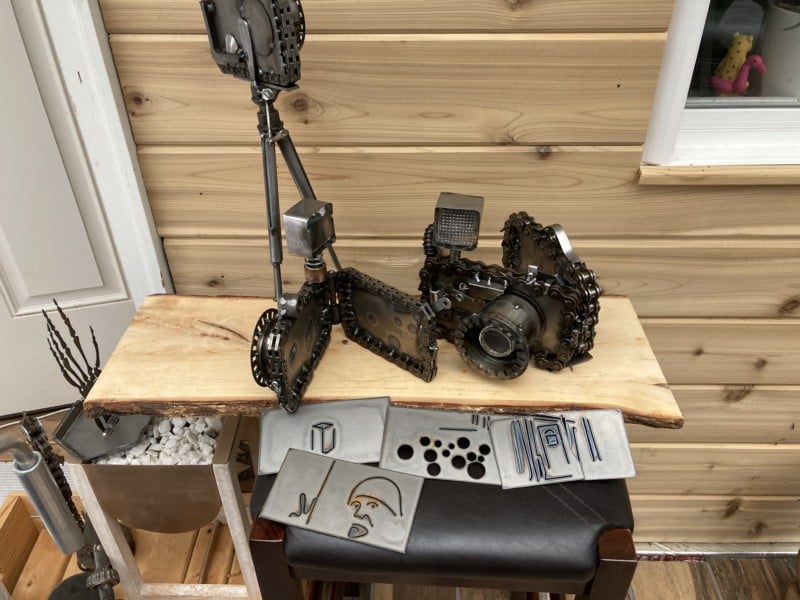 Bisset has since put this camera in a gallery in Brunswick, Maine where it sold rather rapidly, and has even made and entered a Polaroid OneStep sculpture system where he is hoping to get a full show. 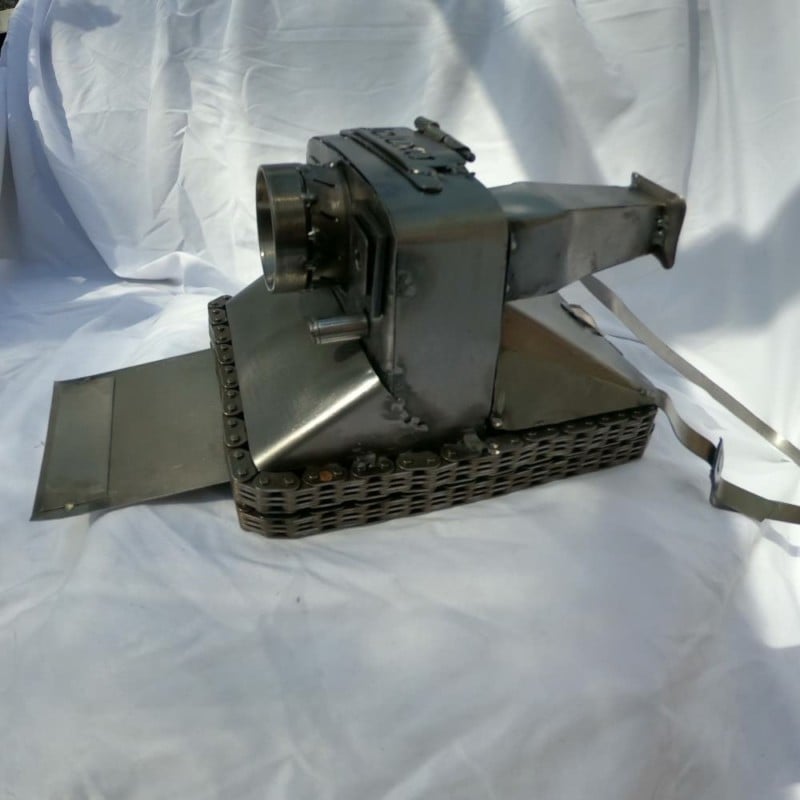