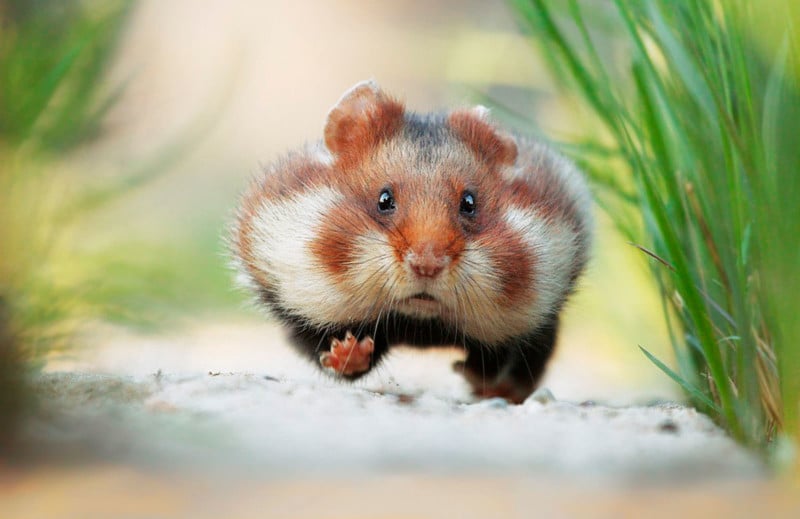 Wild hamsters are actually a thing. Wildlife photographer Julian Rad has spent years capturing photos of the furry little creatures in their natural outdoor environment, and the results are adorable.


The award-winning photographer is based in Central Europe, where you can find the European hamster (Cricetus cricetus), which is also known as the common hamster or black-bellied hamster.

As its name suggests, the hamster is known for its brown coat, white patches, and black chest and belly. 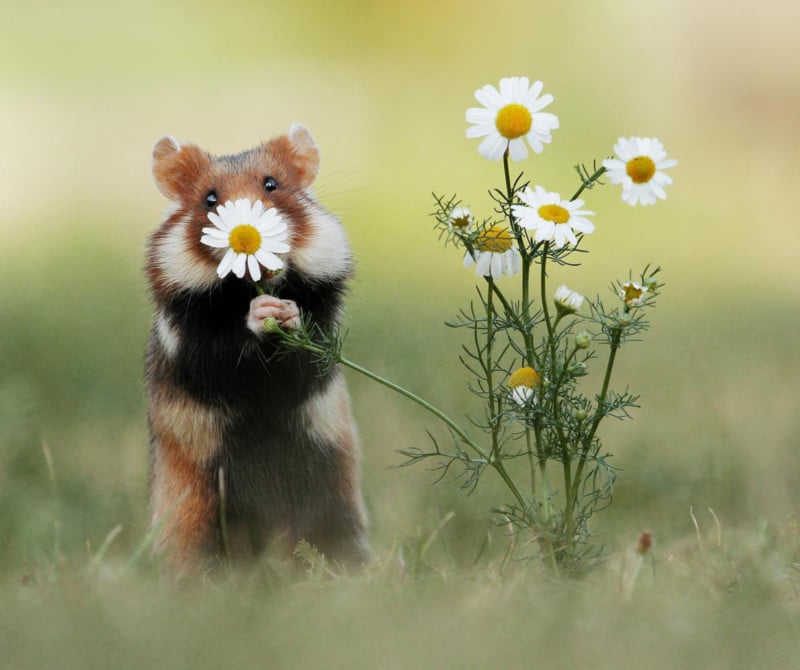 Rad often gets extremely low and up close to capture his wild hamster photos. To coax the hamsters out of their burrows, he gets on the ground next to it with his camera ready and extends a peace offering in the form of a tasty flower, fruit, or nut.

…and here is the kind of photography that results: 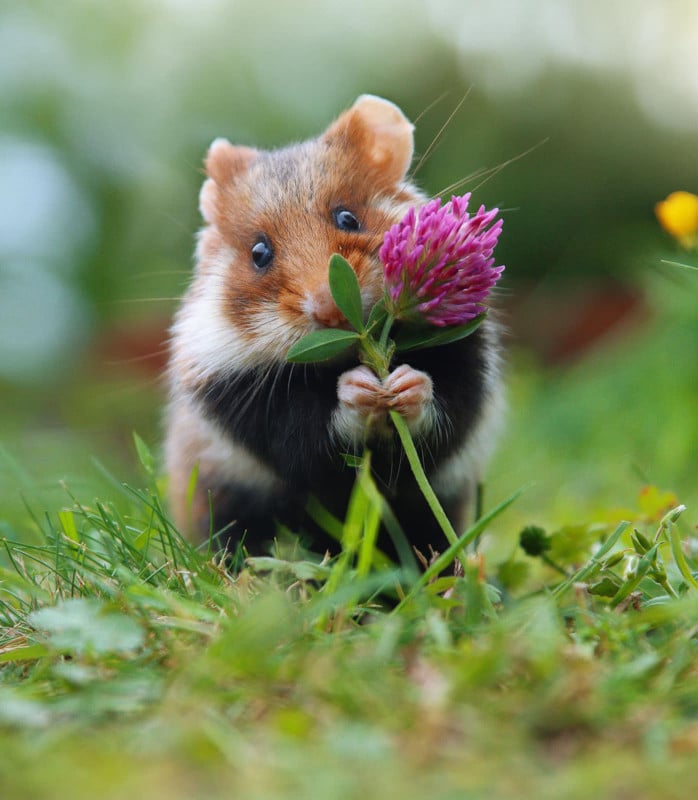 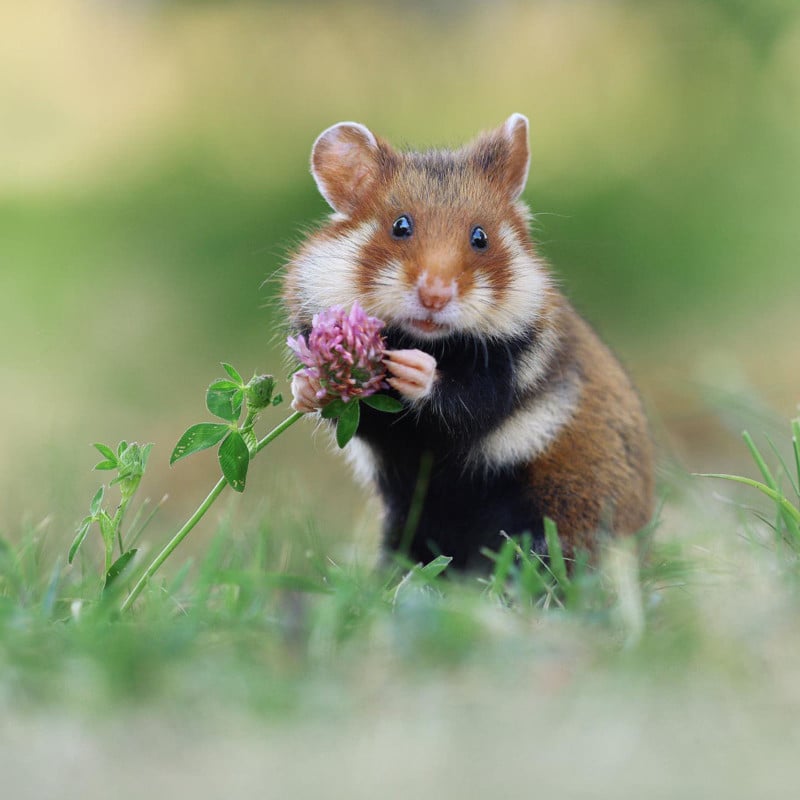 Rad generally shoots with a large aperture to capture a shallow depth of field, focusing on the eyes and face of the hamster while allowing the foreground and background to be out of focus. 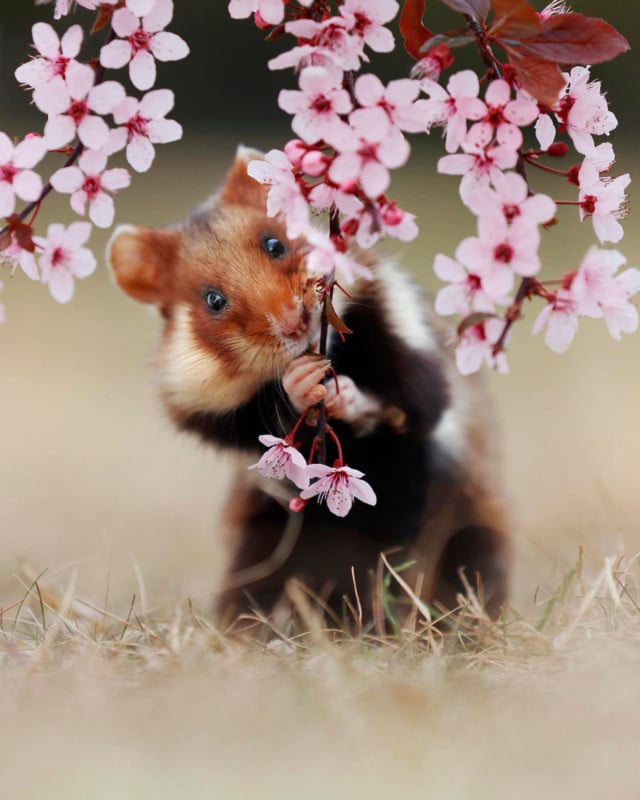 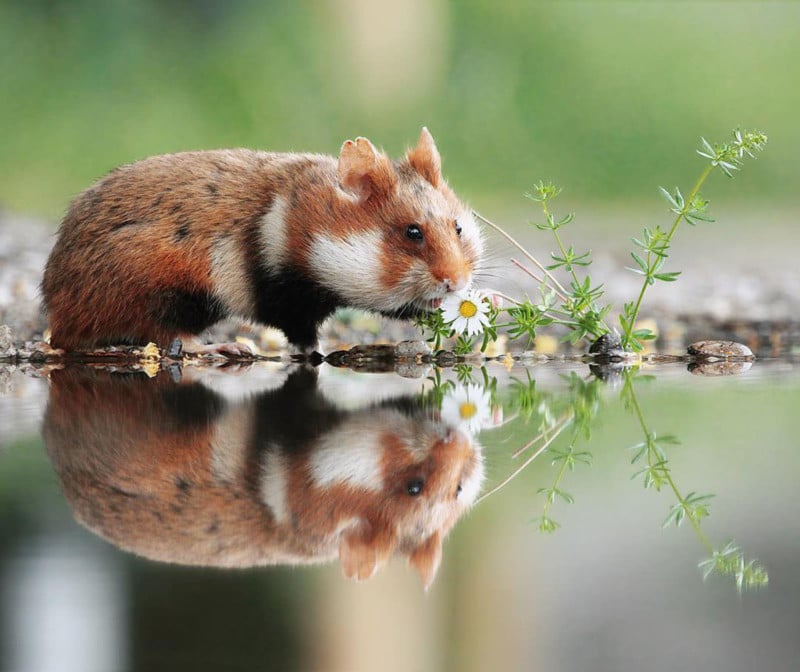 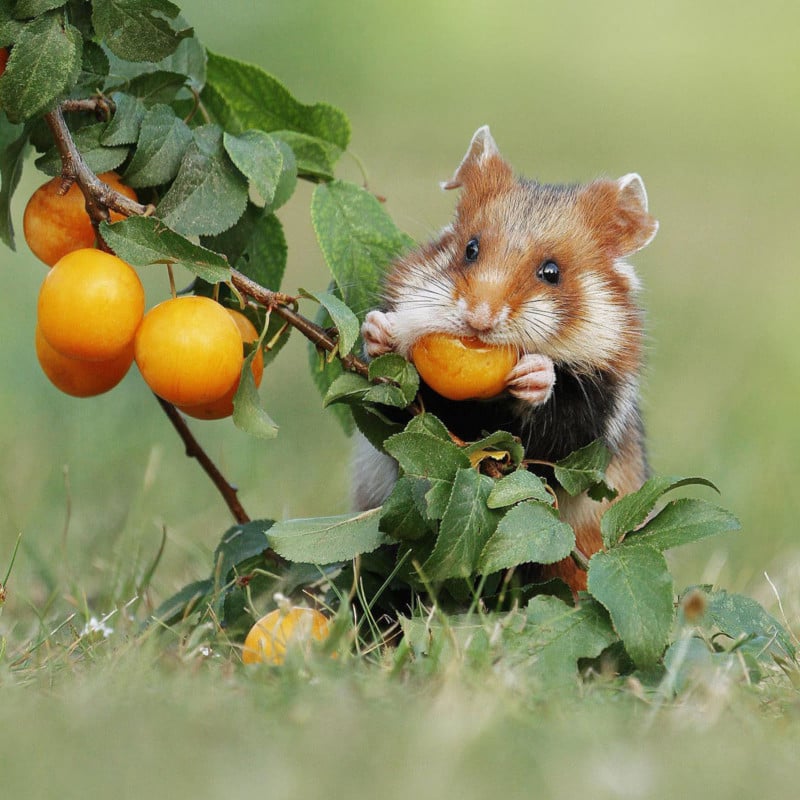 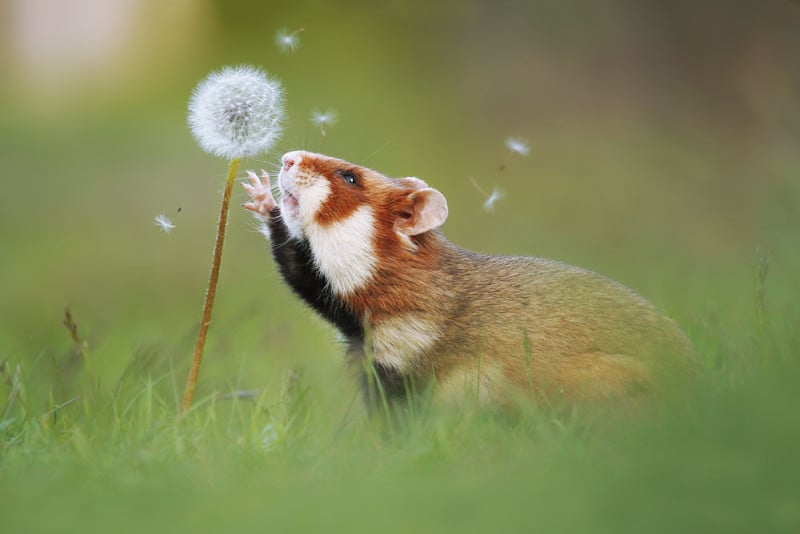 The European hamster has been classified as critically endangered by the International Union for Conservation of Nature (IUCN) on its Red List of Threatened Species since 2020 after its population plummeted all across its natural range.

While the exact reason for the sudden decline in black-bellied hamsters is not well understood yet by scientists, causes may include trapping (for its fur), extermination (it has long been considered a pest by farmers), air pollution, light pollution, habitat loss, and climate change.

European countries have launched conservation efforts in recent years to prevent the common hamster from going extinct, and for now, the rodents can still be found in grassy areas such as farms, gardens, and meadows across Europe. 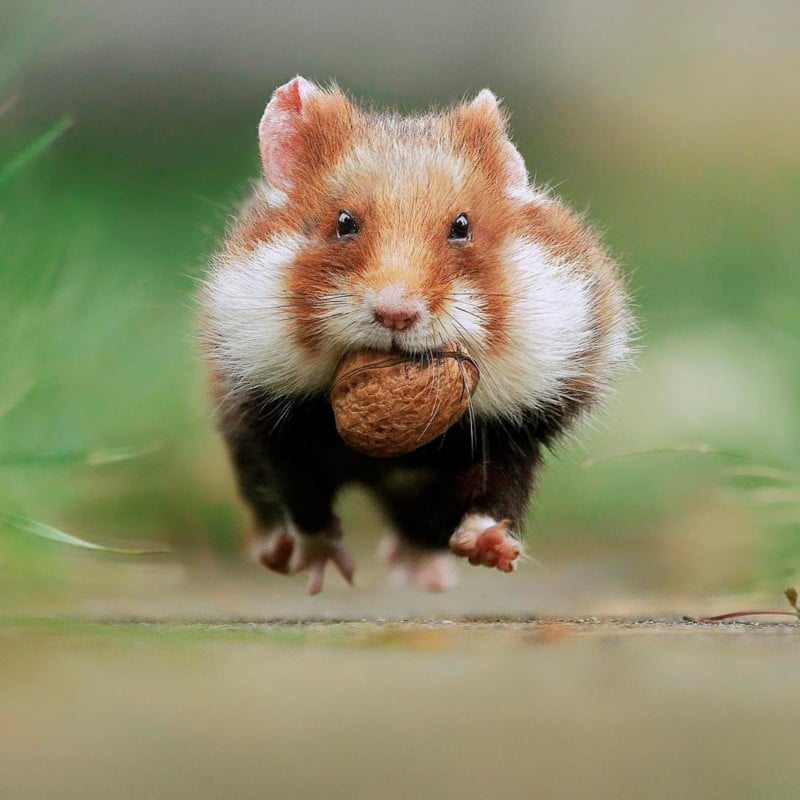 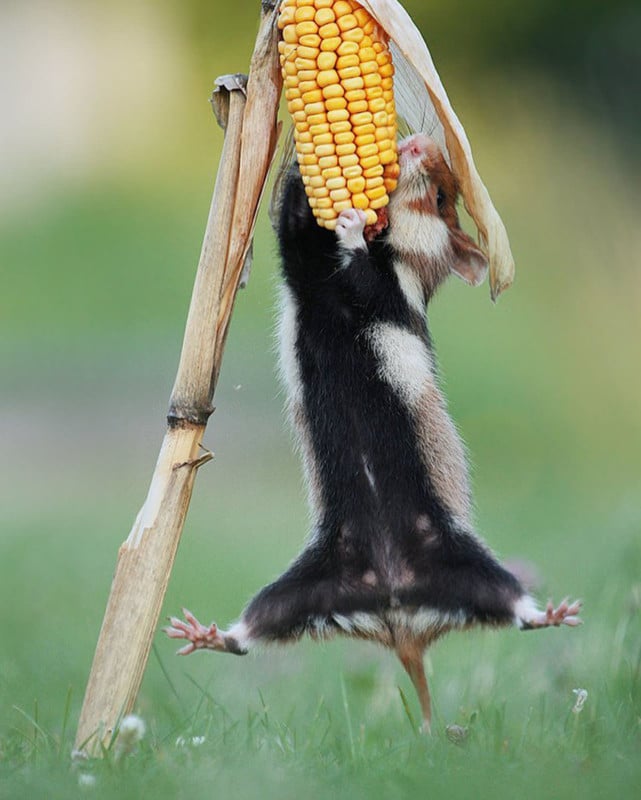 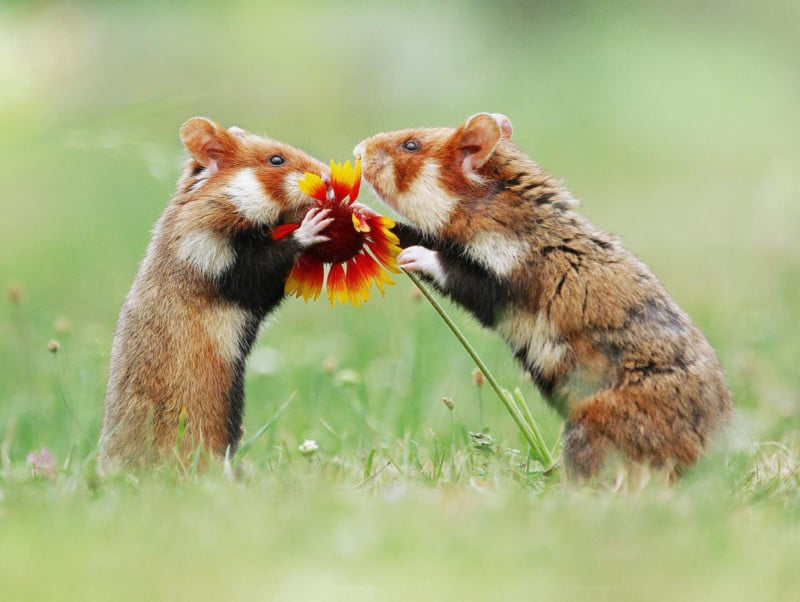 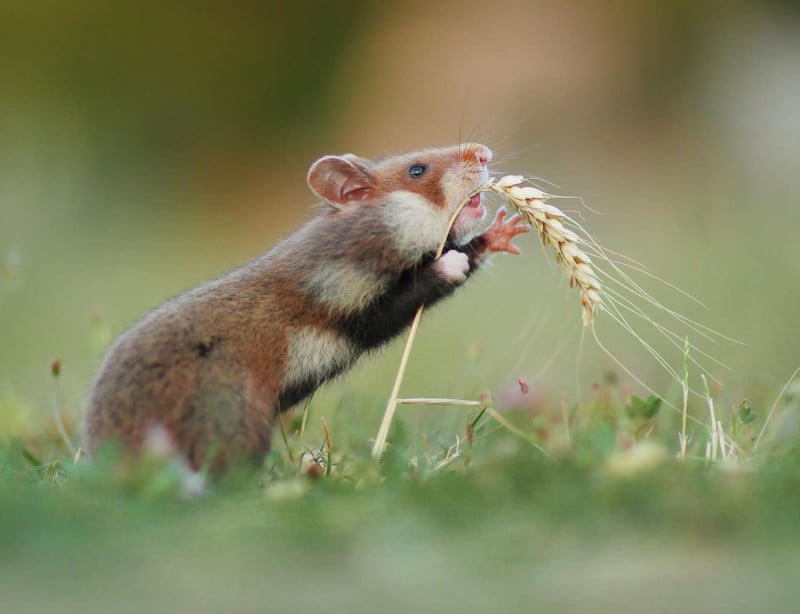 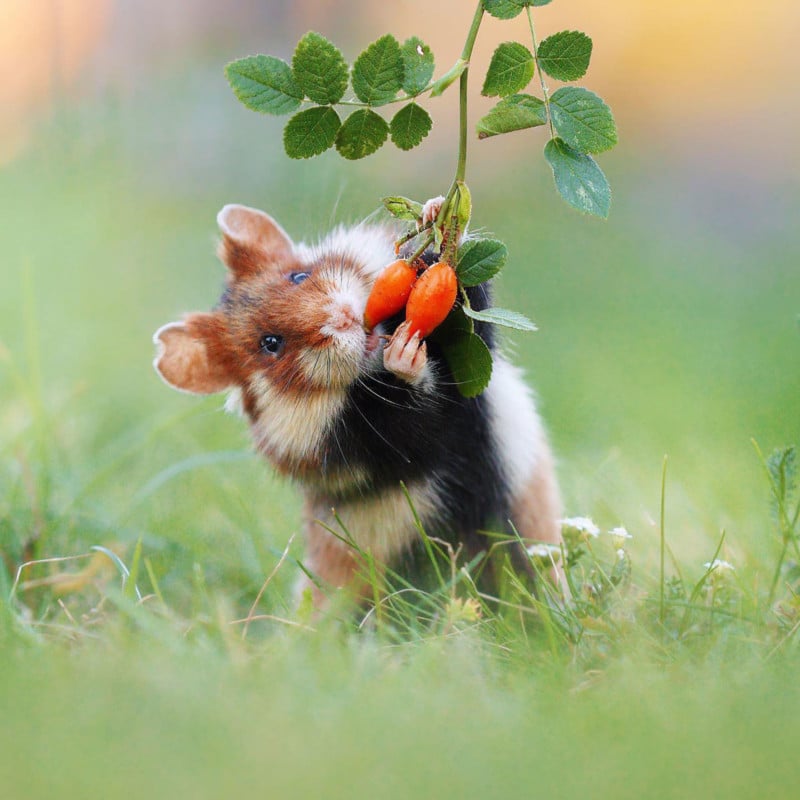 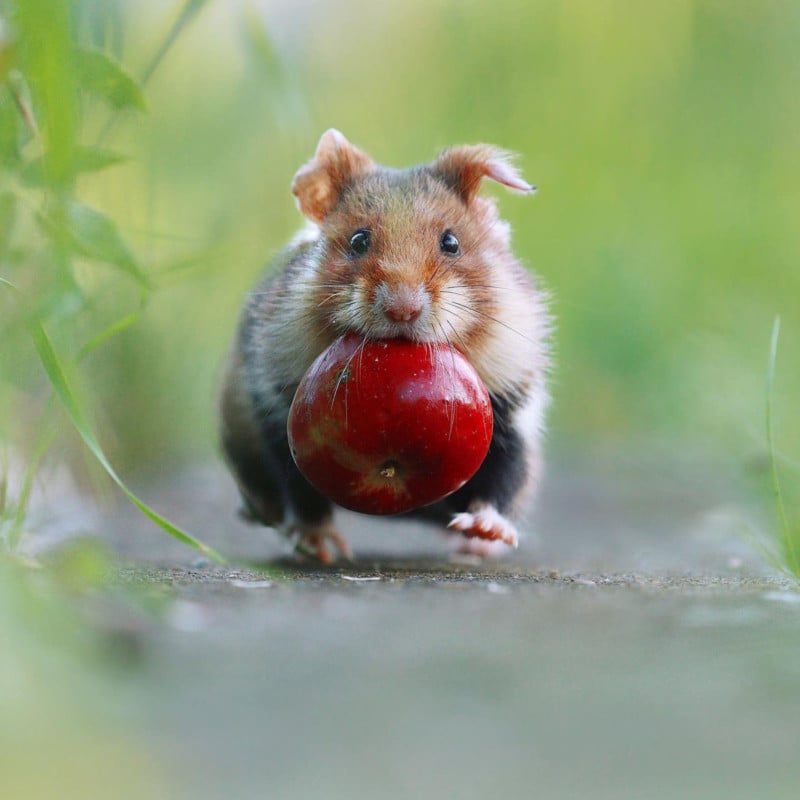 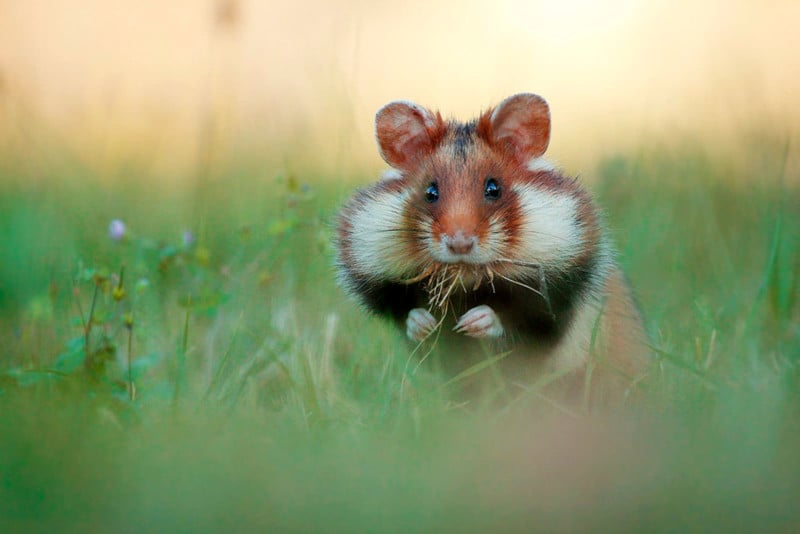 One of Rad’s photos of a hamster won the Comedy Wildlife Photography Awards back in 2015.