While piloting its remote-operated vehicle (ROV) Doc Ricketts during a recent dive, MBARI researchers came across what they describe as one of the most remarkable residents of the ocean’s twilight zone: the strawberry squid (Histioteuthis heteropsis). Thanks to its new camera system, the creature was captured in stunning detail.

The ROV spotted the crimson cephalopod 725 meters below the surface (2,378 feet) in the Monterey Canyon.

The strawberry squid grows to a maximum size of about five inches long and lives between deep and very deep waters, specifically in the ocean’s twilight zone, the region between 650 to 3,300 feet below the surface. The squid is known to migrate to the shallower end of the spectrum during the night.

In addition to its bright color, the strawberry squid has two different-sized eyes: one big one and a small one. MBARI explains that it uses this “improbable pair” to hunt for food. 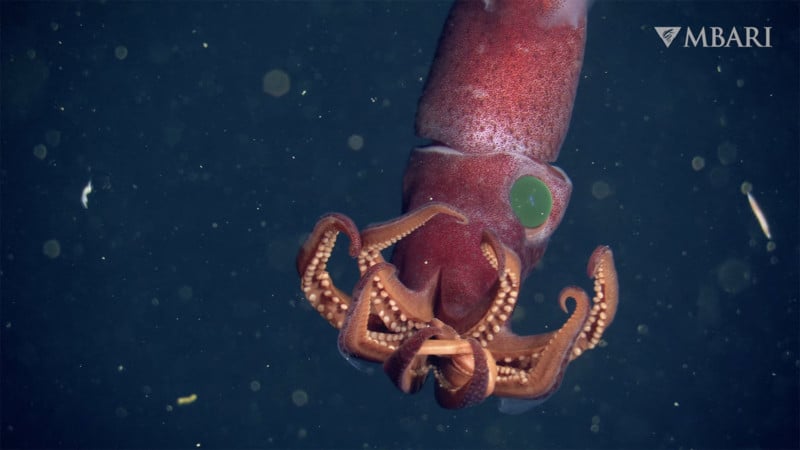 “This squid is sometimes called the cockeyed squid for the remarkable difference in size between the two eyes,” MBARI says.

MBARI says that the big eye is used to look upward and spot shadows cast by prey in the dim waters. The tubular shape of this eye helps capture as much light as possible and, often, the eye has a yellow lens that allows it to see through the luminescent camouflage of its prey. 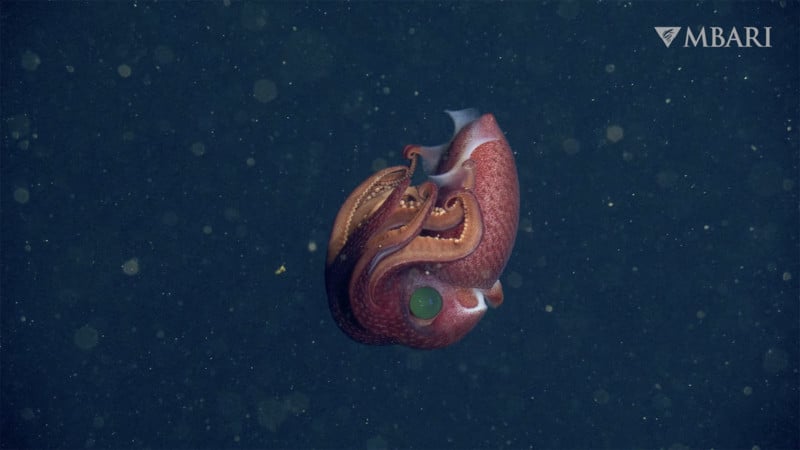 The squid’s smaller right eye is aimed downward and searches for any flashes of bioluminescence that its prey — or other predators — might produce.

The strawberry squid’s red color is a reflection of its environment.

“Food is scarce in the deep sea, so animals must evolve unique strategies to find food. They must also find ways to avoid becoming food. Like many deep-sea animals, the strawberry squid is bright red. Red light does not reach the deep sea,” MBARI explains. 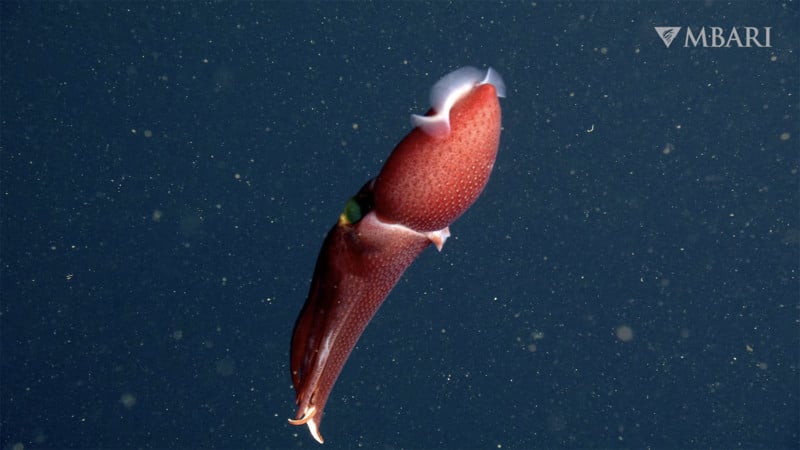 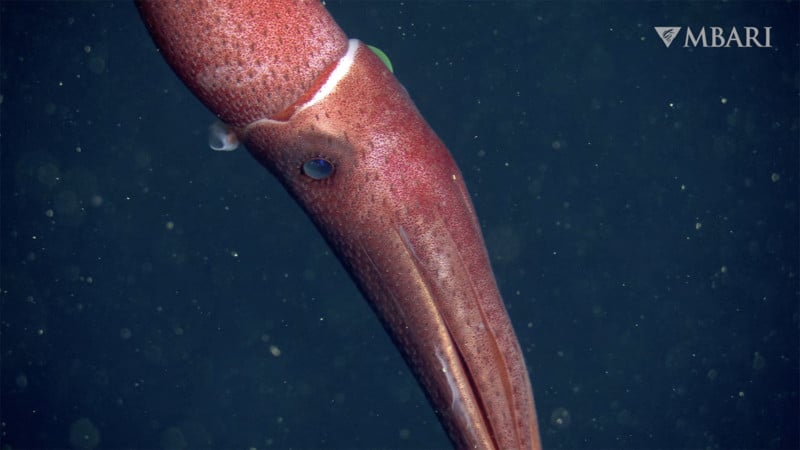 “There, a crimson coloration actually appears black and helps the squid hide from the gaze of predators like sperm whales, dolphins, tunas, swordfish, and sharks. Small light organs called photophores also dot the squid’s body to help mask its silhouette from predators prowling the waters below.”

Beautiful Footage Thanks to a New Camera

MBARI’s previous footage of the strawberry squid is significantly older, with the most recent photos and videos dating back to 2017. Comparing the older footage (below) to the new footage (above) is remarkable. The strawberry squid is the first time that the public would be able to make a comparison of these two camera systems capturing the same subject.

This new footage is significantly improved thanks to MBARI’s new camera system that it deployed on the Doc Ricketts last year and started actively using in January.