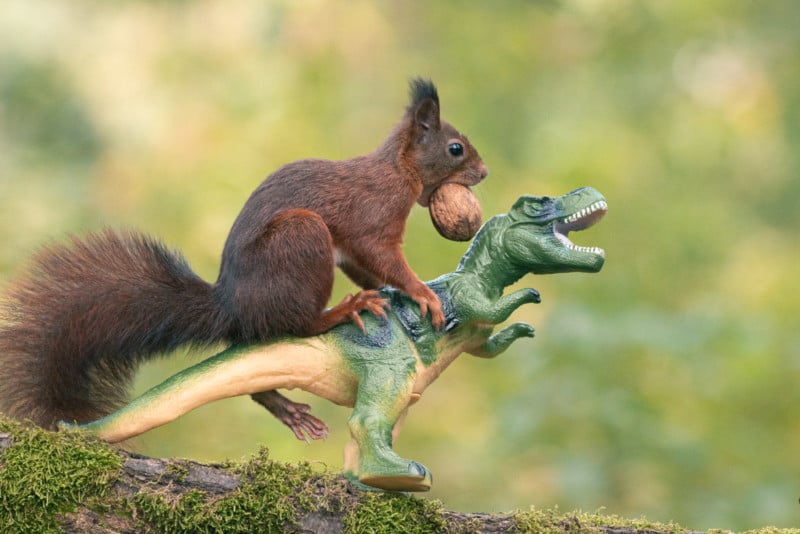 A Belgian photographer has captured an adorable series of photos showing squirrels playing with toy dinosaurs.


35-year-old photographer Niki Colemont has dedicated the past six years of his life toward photographing the red squirrel, spending over 3,200 hours so far on the subject.

Combining Loves for Dinosaurs and Photography

The squirrels are found near his home in Belgium, and he has become familiar with the animal’s behavior and how to shoot the best photos of them as they zoom around the wooded area. One day, Colemont decided to introduce his squirrel friends to some dinosaur toys.

“As a child, I was always playing with dinosaurs and I grew up with them,” he says. “I had inflatable dinosaurs to ride on and an Encyclopedia of Dinosaurs.

“I was really addicted to dinosaurs in my childhood and then Steven Spielberg came with his Jurassic Park movies. I thought it was a great idea to bring my love for squirrels and dinosaurs together in a themed series and to pay a tribute to Jurassic Park.” 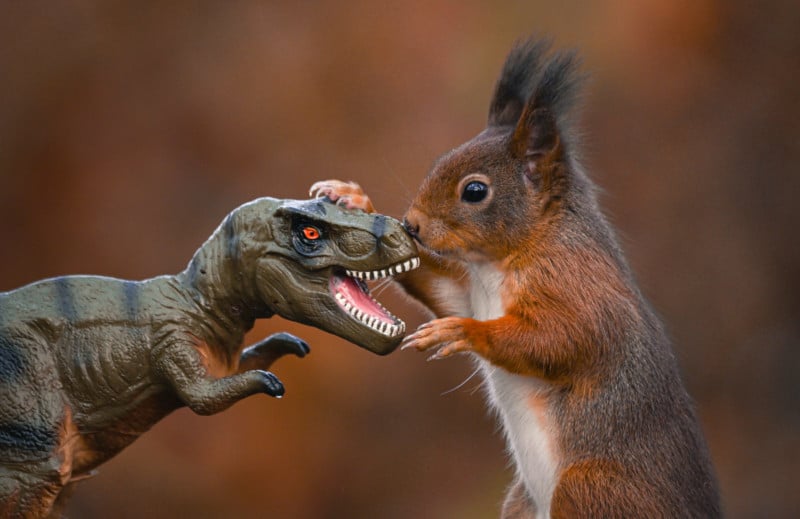 Colemont photographs the squirrels from a distance of around 10 feet (~3m) while hidden inside a camouflaged hide. Gear-wise, he shoots the images with a Nikon Z6 mirrorless camera and a Nikon D5200 DSLR. The settings for most of the shots are around 1/1250s, f/6.3, and ISO 1000. 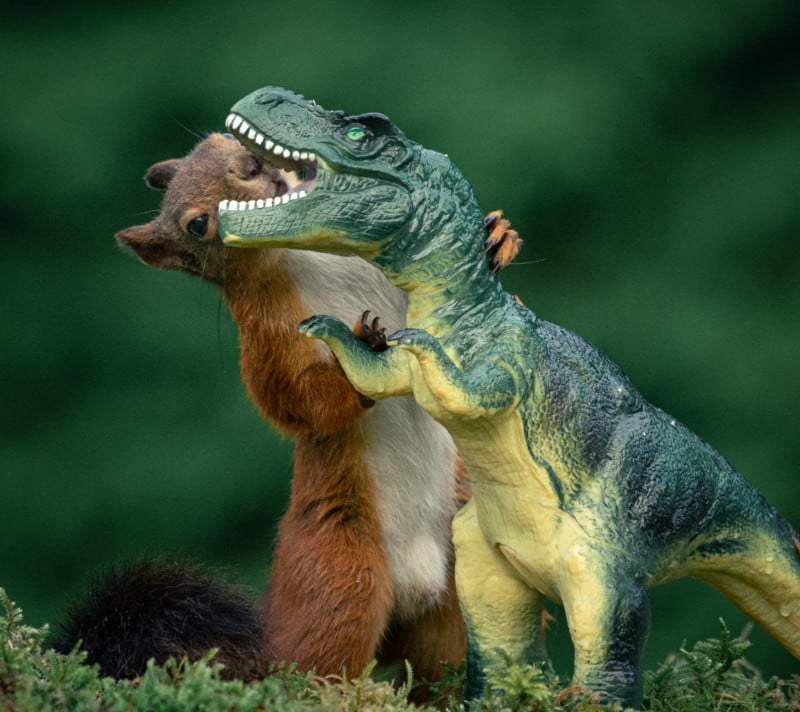 The squirrels were wary of the strange creatures in their territory at first, but after a while, they warmed up to them.

“I have learned in the process that it took three days for the squirrels to adapt to the dinosaurs they were scared of,” Colemont says. “At first they ran away, and it took me a lot of time to take my first picture.

I tried to put a walnut in the mouth of the dinosaurs, and the squirrels always came back to grab it. It was a great way for me to take many pictures of them interacting with each other. They are best friends now.” 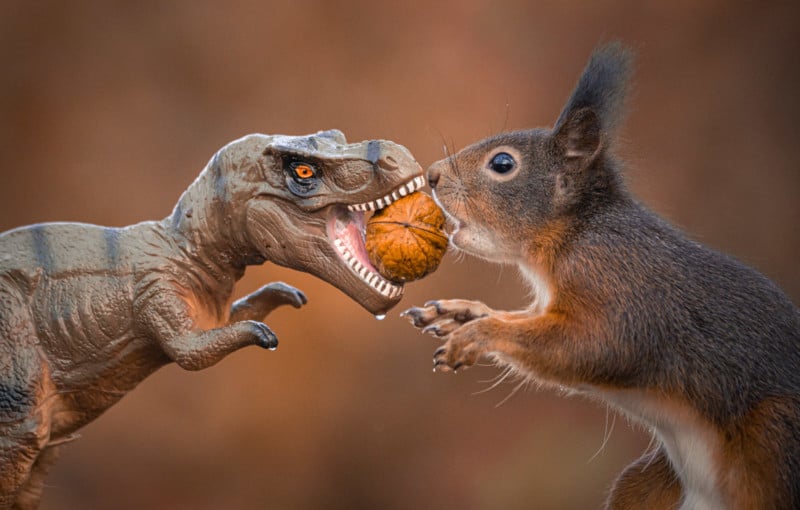 Nuts, Planning, and Patience Are the Ingredients

Walnuts and other tasty squirrel treats play a key role in creating these photos.

“I’ve used food in every setup, but I have to place it in such a way that it won’t be visible in the pictures,” Colemont tells PetaPixel. “It inspires me that I can be myself in my photography and that I don’t have to use Photoshop.” 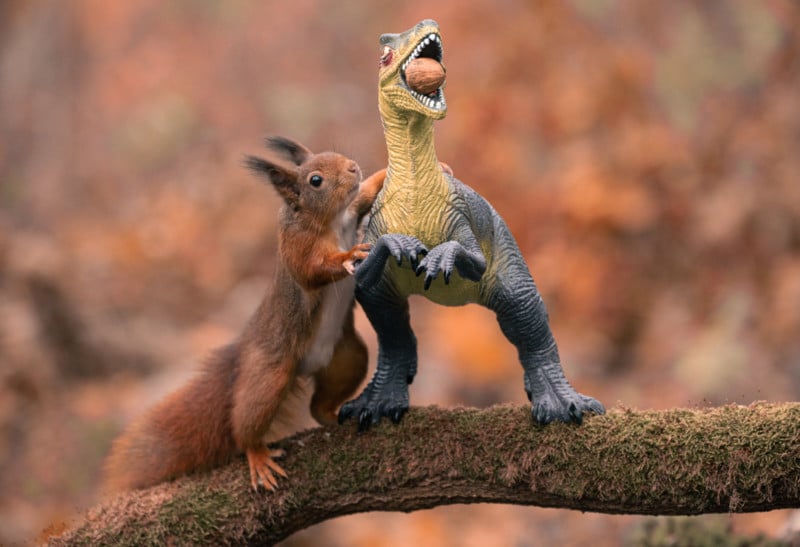 Colemont is a survivor of the Rwandan genocide, having moved from his war-torn homeland to Belgium as a young child. After picking up a camera as an adult, he discovered that photographing squirrels, in particular, helped him to find peace.

“[Photography] is a great way for me to express my feelings,” Colemont says. “I’m a very happy guy and always smiling and that’s a feeling that I want to show in my pictures.” 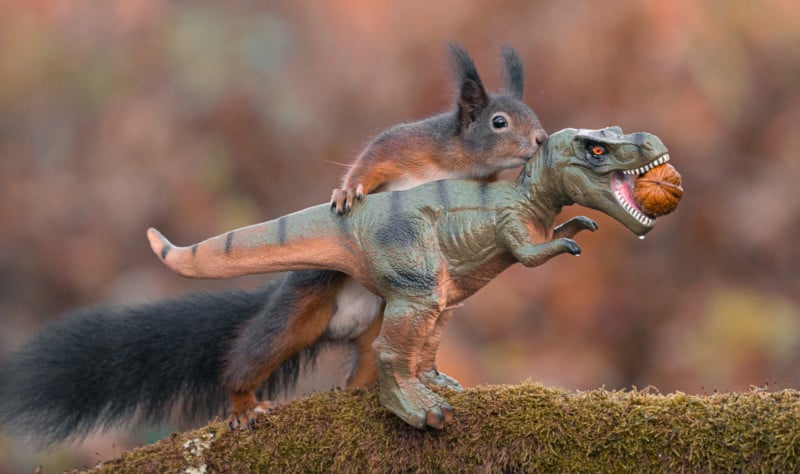 One of the keys to photographing squirrels is patience. It is through a lot of waiting and a lot of exposures that beautiful moments are finally captured on camera.

“If you want to become a photographer, try not to be scared of making mistakes,” the photographer says. “Even if you miss a shot, there will always be a next time to try again, which is why you shouldn’t give up on trying to reach your goals.” 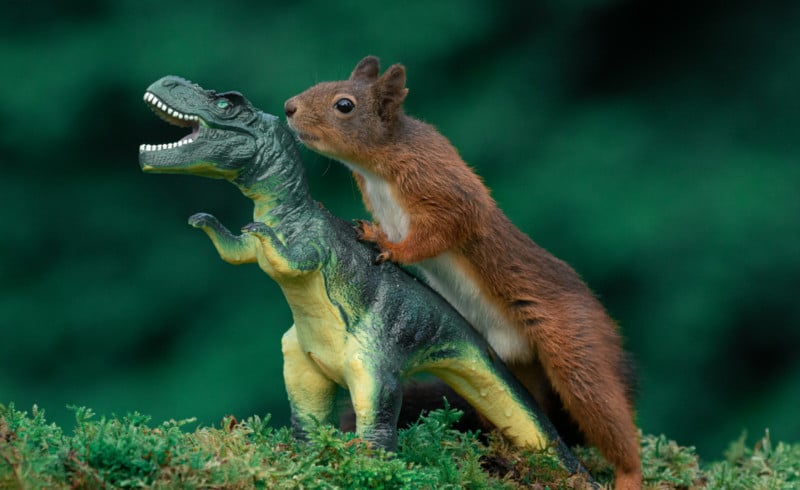 A great thing about Colemont’s favorite photography subject is that it does not require anything in the way of travel or fancy equipment–anyone can take a camera out and look for small animals that are native to their hometown.

“You can start small in your own garden or house, experiment with ideas,” Colemont says. “Every object can be interesting.” 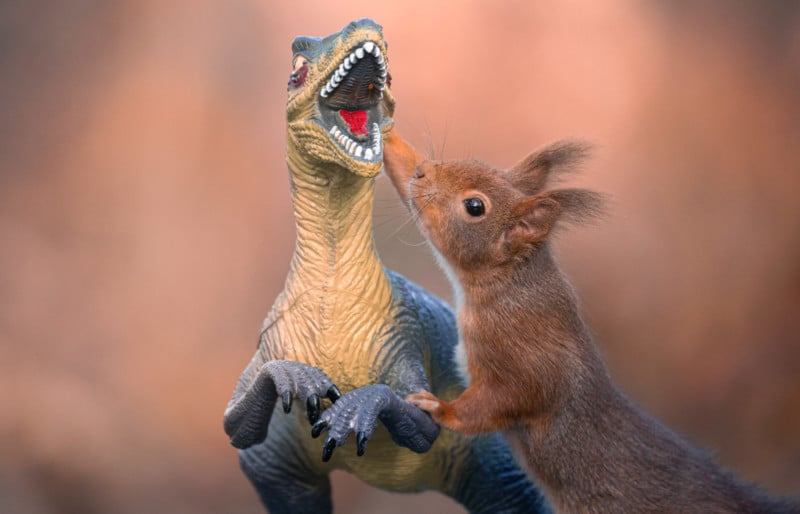 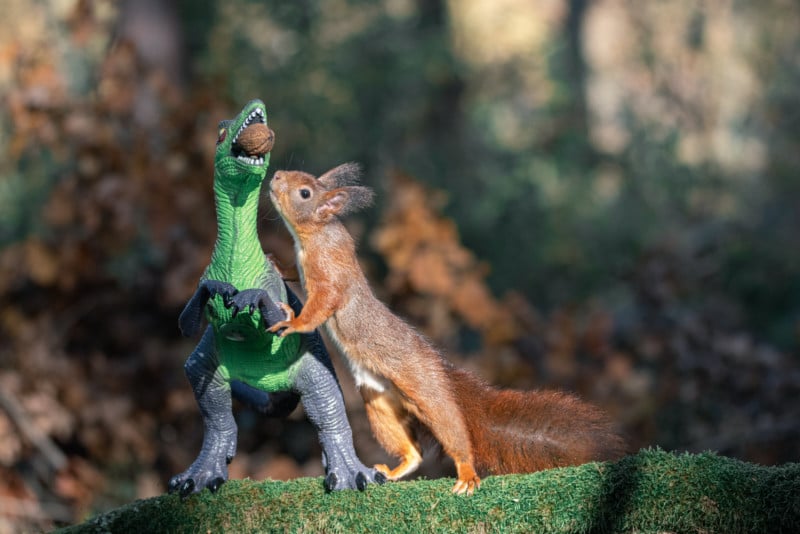 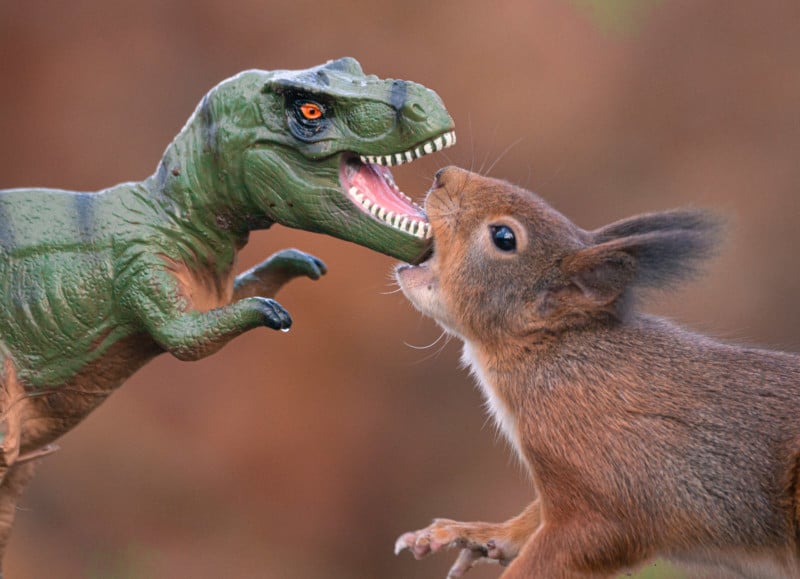 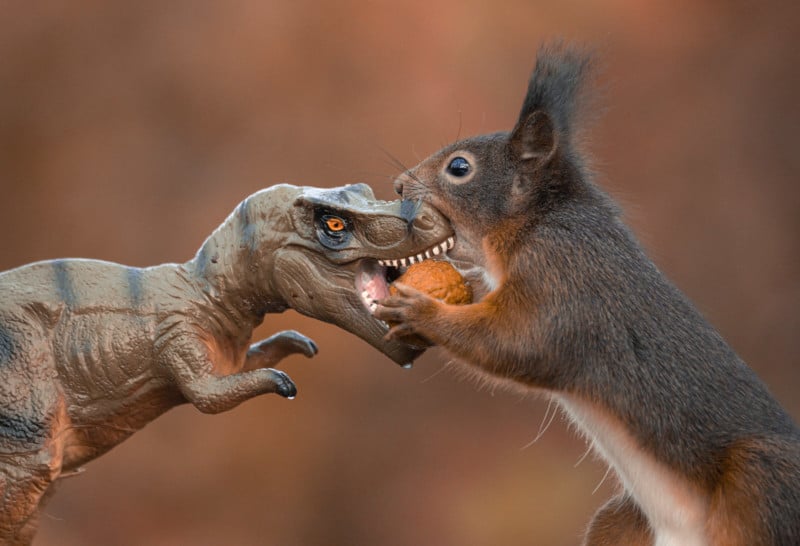 Colemont shared a series of popular photos in 2021 showing squirrels jumping with nuts. You can find more of Colemont’s work on his Twitter, OpenSea, and Instagram.