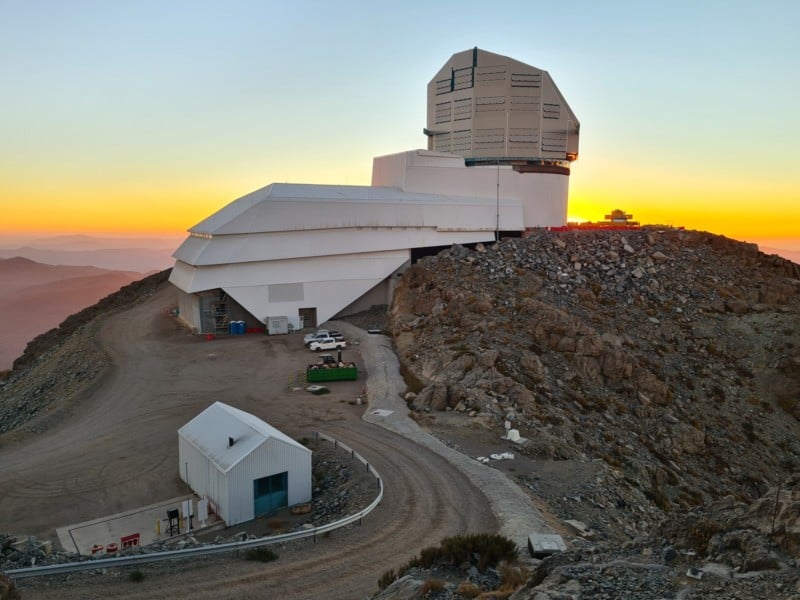 The world’s largest digital camera with a resolution of 3.2-gigapixels is being prepared for installation atop a Chilean mountain where it will scan the sky to help scientists gain knowledge about the Milky Way, dark matter, and other phenomena.

Work on the giant camera, named “The Legacy Survey of Space and Time” (LSST), has been underway for several years now; the team of researchers captured the first photo with it in 2020.

The camera is currently assembled at SLAC National Accelerator Laboratory in Menlo Park, California, and will eventually be installed in Vera C. Rubin Observatory in northern Chile, although the pandemic has added an additional delay to the roadmap of the project, Gizmodo reports.

“The main deal is just get as much of the sky as quickly as possible and just do that repeatedly,” says Steven Kahn, an astrophysicist and the director of the Vera C. Rubin Observatory. “The simplest thing it can do is just say, ‘What’s changed? How has it changed?’ And we will do that up the wazoo.”

The camera’s front end consists of three lenses and a filter that can be adjusted depending on the use case. Behind that is the camera’s focal plane on which light from the telescope’s mirror is cast. This focal plane is made up of 189 charge-coupled devices and all are cooled in a vacuum to almost -150 degrees Fahrenheit (-101 Celsius). Each of these devices can be seen as digital cameras in themselves as they capture mosaic images of the sky.

Once installed in Chile, the focal plane will point toward the ground to capture images of space where the light will bounce off one of the lower mirrors of the camera, up to the convex mirror, and back down to the final mirror before it reflects into the camera.

The powerful camera will allow scientists to look farther in the distance than ever before to learn more about the cosmos. It will image half of the southern sky every three days, contributing to a 10-year-long survey and give researchers a complete portrait of that region around once a week.

All of the images collected by the LSST will not only equip scientists with the ability to follow patterns and discoveries in the cosmos but they will also be released to the general public. The observatory has set to have systems ready for the first light in January 2023 with the full roadmap and regular project status updates available on the Vera C. Rubin Observatory website.