Dr. Adrian Smith publishes incredibly detailed examinations of insects in motion through his YouTube Channel Ant Lab. While he generally picks backdrops to complement the colors of his subjects, this time he chose to mimic a more classic look.

His channel has featured a huge assortment of videos featuring a wide range of insects, some in flight, some jumping and shot at a blistering 73,000 frames per second, and others where he looks at specific species, like moths.

Dr. Smith says that he has two goals when he makes insect flight videos. First, he wants to film something new and capture insects in a way he doesn’t think anyone has before. Second, he wants each of the videos to be visually different. He says that usually that is accomplished by experimenting with color in his filming set to complement and highlight the bodies of the insects. 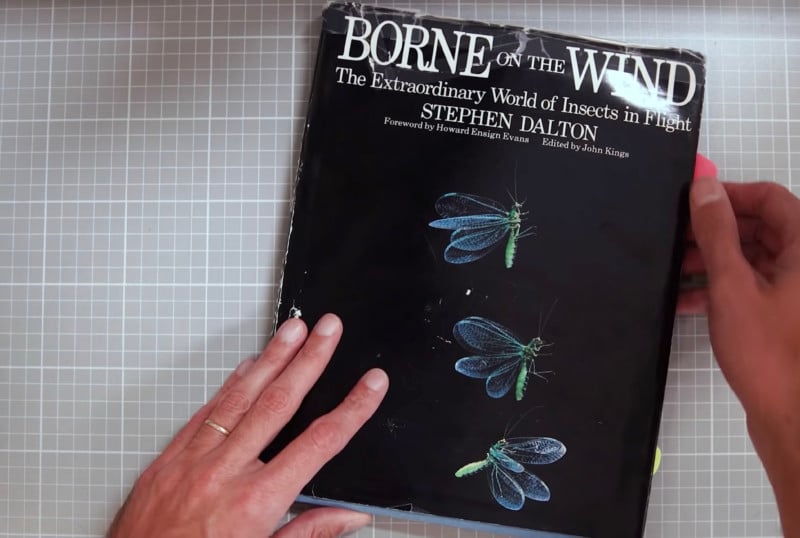 But recently, someone sent Dr. Smith a book titled “Borne on the Wind” by Stephen Dalton. Published in 1975, it appears to be the first collection of detailed pictures of insects in unrestrained free flight.

“Photos from that series were seen as such an achievement that one was included on the gold record sent off to space on Voyager,” Dr. Smith tells PetaPixel.

Some photos in the book are composites of multiple frames that show, in many cases, the motion of insects as they move through the air — motion that is provided in spite of the fact they are still images. 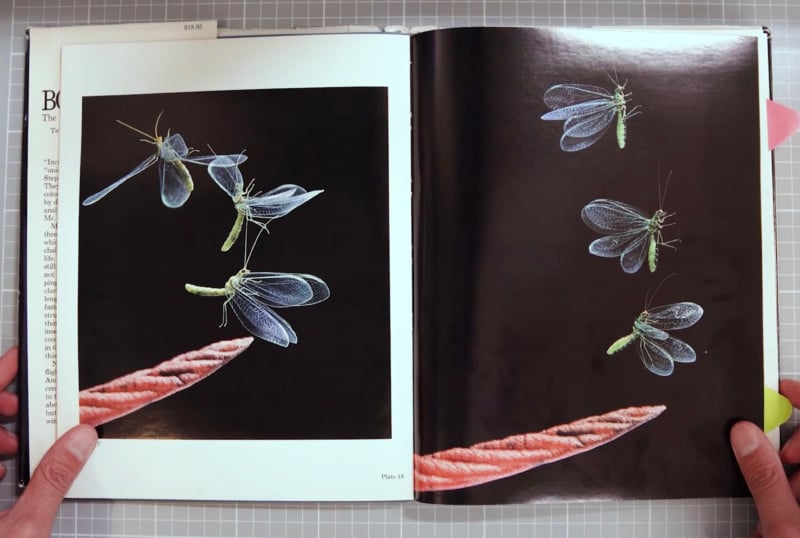 Dr. Smith found that some of his favorite photos in the book used those multiple exposures of the insects that are isolated against the black background. Using the photos in the book as inspiration, he decided to recreate a similar set but capture the motion in 6,000 frames per second slow-motion video.

“To collect those first images a special flash that could fire at 1/25,000 of a second and an electronic shutter that had an opening time of 1/450 secibd had to be custom made. Nowadays, of course, a Phantom camera filming at 6,000 frames per second does the job of capturing similar image sequences,” he says. “But, I try to honor the incredible effort that was put in to make those amazing first images with the sequences I captured in this video!”

In the video, Dr. Smith showcases eight total insects: the flatid planthopper, Chinese mantis, American bird grasshopper, broad-headed sharpshooter, stink bug, ichneumonid wasp, brown lacewing, and a tiger moth. Below are some freeze-frames from a few of those sequences, provided to PetaPixel by Dr. Smith: 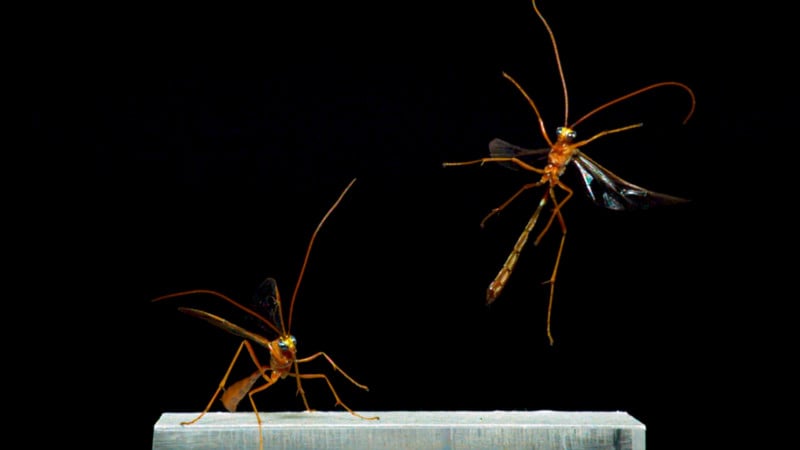 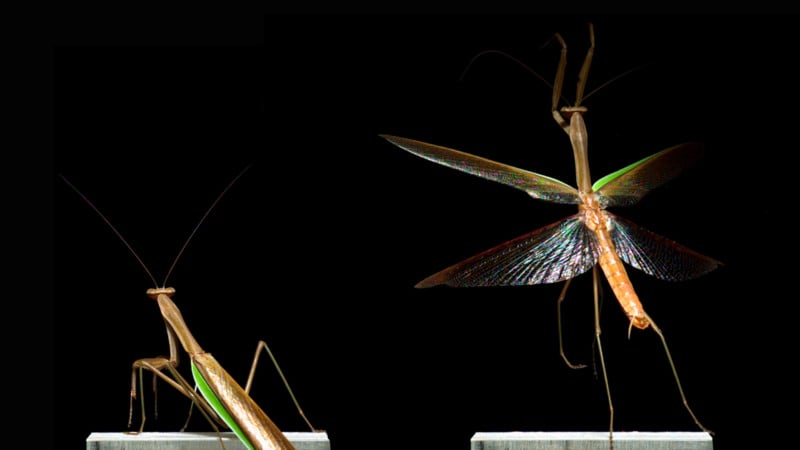 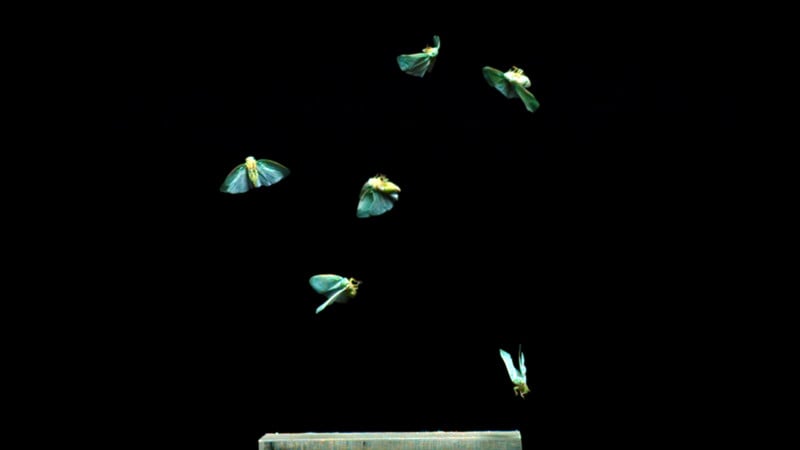 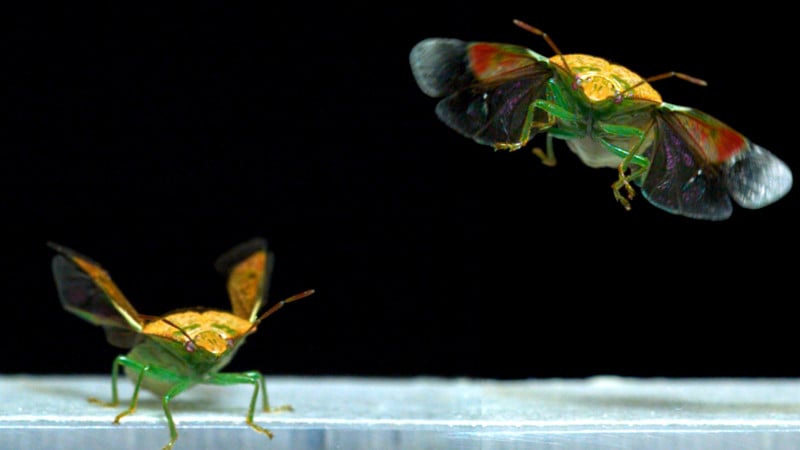