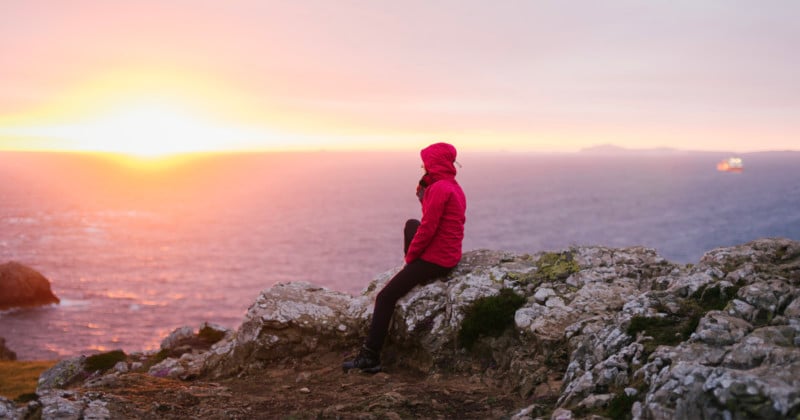 A family-run hotel in the United Kingdom that is situated on a picturesque cliffside has received criticism for introducing a £200 ($273) members-only fee designed to protect it from hoards of tourists who are only seeking a photo of the sunset.

The Druidstone Hotel overlooks St. Brides Bay in Wales, United Kingdom, and has been a popular destination for holiday goers. However, the owner of the hotel, Angus Bell, has expressed his frustration after the venue has become inundated with tourists after images taken of the sunset from its cliffside bar were shared on Instagram, reports BBC.

As more people have chosen to spend holidays without flying abroad due to COVID restrictions, locations like the St. Brides Bay where the Druidstone Hotel sits have received a large influx of tourists.

The hotel has 10 bedrooms and a clifftop bar that caters to its guests. However, as more people have been trying to enjoy the grand views and take photographs of their travels, it has left the hotel regularly filled with visitors who only come in for the photo opportunity, which has, in turn, created long waiting times for the hotel’s paying guests.

To cope with the increased numbers, Bell recently introduced a fee to deter those who only want to stop by and briefly enjoy the hotel and its views. Bell has also said that the membership may increase to £400 ($546) with additional benefits, such as an increased bar tab facility.

Non-members are still able to book rooms or a table in the restaurant, but the membership concerns the hotel’s bar — the preferred venue for watching — or photographing 00– the sunset over the Bay.

In its early days, the hotel used to be a members’ club and welcomed regular visitors and cultivated a “bohemian atmosphere” that was enjoyed by musicians, actors, and artists, and others, The Guardian reports.

Not unexpected, the new membership fee faces open criticism of the hotel, but Bell doesn’t intend to change his mind about imposing the fee. That said, The Druidstone Hotel has noted that it doesn’t want to price out those who really love the place but are unable to now afford it, and suggests getting in touch directly in such cases.

“We’re learning to say, no, learning what to do to keep staff and guests happy and make sure we are less stressed”, says Bell.