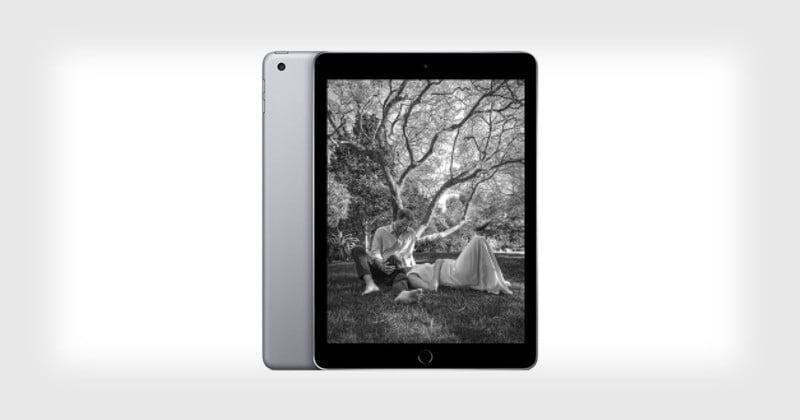 Prince Harry and Meghan Markle just announced on Valentine’s Day that their second child is on the way, and there’s an interesting story behind the photo they shared to broke the news: it was shot on an iPad controlled by a photographer 5,500 miles away.

Rather than hire a local photographer to do an in-person shoot during the COVID-19 pandemic, the royal couple enlisted the help of their photographer friend Misan Harriman, the founder of What We Seee who’s best known for his work in covering the Black Lives Matter protests in 2020.

Last year, just four years into his photography career after a career in finance, the Nigerian-born Harriman also became the first Black photographer behind the cover photo of British Vogue in the magazine’s 105-year history.

For this latest shoot, the couple posed in a nice outdoor location in Santa Barbara, California, while Harriman directed things and captured the photo from London.

“Meg, I was there at your wedding to witness this love story begin, and my friend, I am honoured to capture it grow,” Harriman wrote on Instagram and Twitter. “Congratulations to The Duke and Duchess of Sussex on this joyous news!”

“With the tree of life behind them and the garden representing fertility, life and moving forward, they didn’t need any direction, because they are, and always have been, waltzing through life together as absolute soulmates,” Harriman tells British Vogue. “When you see people who have the connection that they have, it’s like reading the pages of a book.”

Harriman actually played an important role in Harry and Meghan becoming a couple: after meeting Meghan at a charity event years ago, he introduced the then-actress to a friend who then connected her to Prince Harry.

Meg reminded me that had I not introduced her to a mutual friend then she wouldn’t have met Harry,” the photographer tells British Vogue. “I’m grateful for whatever small part I played.”

Shooting Portraits Through a Giant Theater Lens with a Fujifilm GFX100