Photographer and YouTuber Arthur R recently received several comments from viewers about how he didn’t use a body cap to protect his camera sensor from dust. In response, he decided to do some tests to find out how durable and scratch-proof sensors actually are.

No, Arthur didn’t put one of his own working cameras in harm’s way. Instead, he purchased a Sony a6000 sensor as a spare part to experiment on. 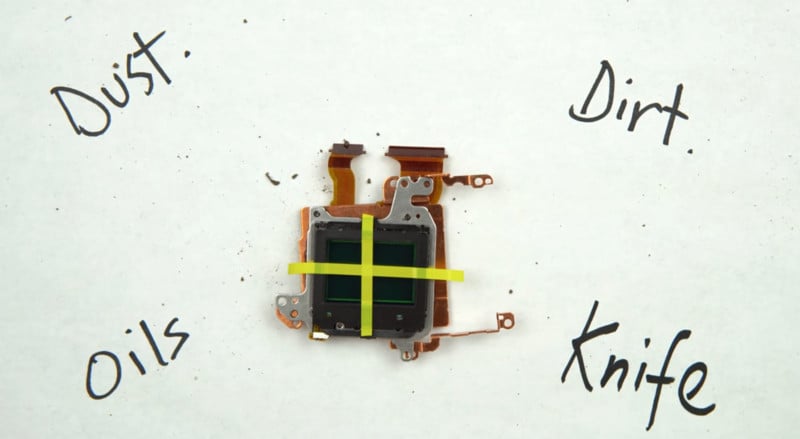 The sensor emerged clean and free of visible marks after dust, dirt, and oil, but the utility knife did cause some permanent scratches on the sensor.

“Ultimately if you are using a mirrorless camera out in the wild and you have a speck of dirt or dust or you touch it on accident, you shouldn’t have issues as long as you’re not taking a blade and trying to scratch up your sensor,” Arthur says.

If you get a tiny rock or something hard on your sensor, however, you’ll want to face the camera toward the ground and knock the debris off with a blower instead of using a swab (which could scratch your sensor by dragging the debris).

A System for Finding Work as a Photographer

Find Mindfulness in Photographing Your Kids