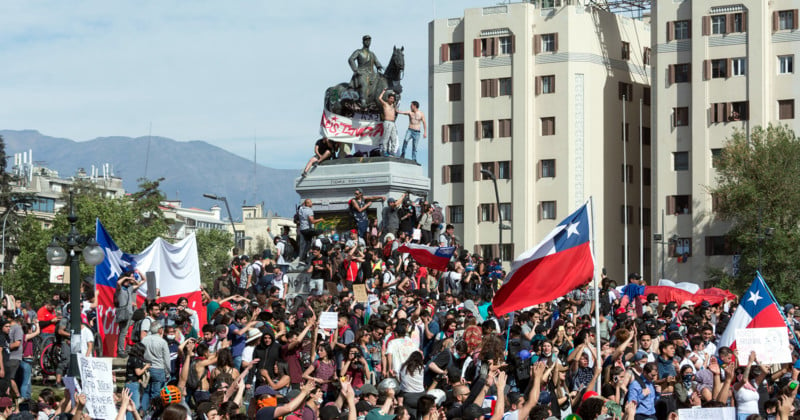 The Committee to Protect Journalists (CPJ) and UNESCO are calling for a “thorough investigation” into the death of freelance photographer and journalist Albertina Martínez, who was found dead in her apartment mere days after she went out to cover anti-government protests in Chile.

According to The Guardian and CPJ, Martínez’ body was found on November 21st in her apartment in Santiago. She appeared to have been “stabbed and beaten” to death, and a bag containing her camera, phone, and laptop had been taken.

She was last seen heading to a nearby protest on November 19th, and reports indicate that she had been covering the protests since October.

Martínez moved to Santiago in 2009 in order to pursue a career as a photojournalist. After a stint at the daily newspaper El Mercurio, she found a job as a lighting assistant at the local television studio Megavisión, but continued to work as a freelance photographer on the side. Former El Mercurio colleague Sergio López, who spoke to her the week before her death, tells The Guardian that Martinez “enjoyed taking pictures at the protests, even though she was a little afraid.”

Authorities are reportedly treating the case as “a robbery with homicide,” but given the suspicious timing of the murder, the CPJ and photojournalist community are demanding that Chilean authorities “thoroughly investigate the killing … to determine if it was linked to her reporting and do everything possible to recover her equipment and materials.”

Martínez’ death comes after a string of reported attacks on the press, including the targeting of a BBC crew using teargas rounds, and a police assault of an Argentinian journalist who had her gear destroyed after being beaten with batons.

In Our Time: A Year of Shooting Exactly One Film Photo Per Day