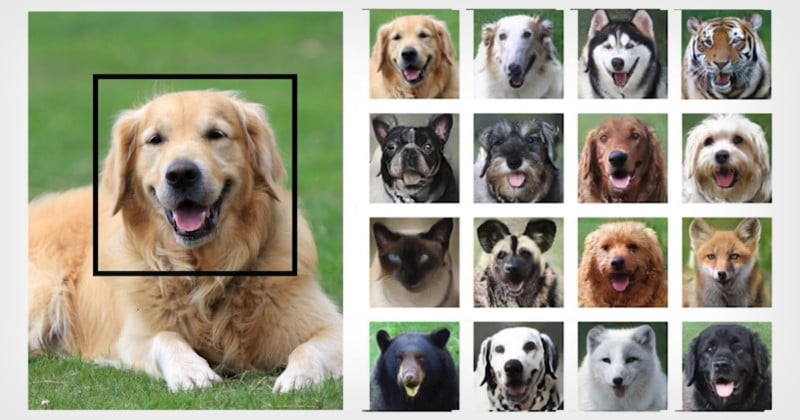 NVIDIA researchers have been doing groundbreaking work at the intersection between photography and AI — things like removing noise, transferring styles, photo reconstruction, turning doodles into photos, and creating realistic photos of imaginary people. The company’s latest AI app, called GANimal, lets you instantly turn your pet into any other animal.


“Imagine your Labrador’s smile on a lion or your feline’s finicky smirk on a tiger,” NVIDIA writes. “Such a leap is easy for humans to perform, with our memories full of images. But the same task has been a tough challenge for computers — until the GANimal.

“A team of NVIDIA researchers has defined new AI techniques that give computers enough smarts to see a picture of one animal and recreate its expression and pose on the face of any other creature.”

The app is powered by an emerging AI technique called generative adversarial networks (GANs), which pits one neural network against another. The technology was unveiled in a paper titled “Few-Shot Unsupervised Image-to-Image Translation” at the International Conference on Computer Vision (ICCV) in Seoul.

Prior to this development, this type of “image translation” had to be done with multiple photos of the target animal. With this new AI, a single photo of your pet will suffice.

You can try this swap on a photo of your own pet in the GANimal app over at NVIDIA’s AI Playground.

“Input an image of your dog or cat and see its expression and pose reflected on dozens of breeds and species from an African hunting dog and Egyptian cat to a Shih-Tzu, snow leopard or sloth bear,” NVIDIA says.

Here’s a short demo of the app in action:

The company says that potential future applications of this technology could be using domesticated animals (e.g. dogs) as movie stunt animals that show up as wild animals (e.g. tigers) on the silver screen.