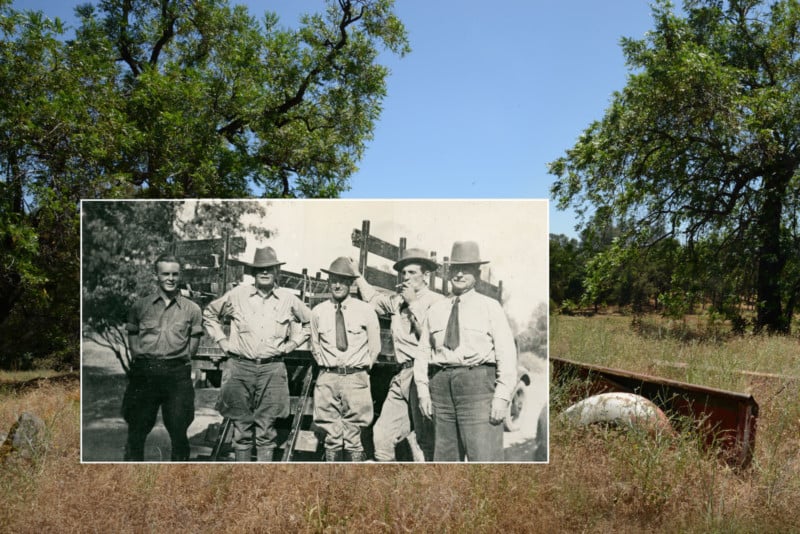 It was, for most of them, the first happy time in their lives, and for some, the last and only. In 1933, President Franklin D. Roosevelt, as part of his New Deal, penned the Civilian Conservation Corps into existence. Its primary goal was job creation: young men, aged 17-28, could sign up to work as unskilled laborers, usually on projects to develop the nation’s national parks and forests.

Pay was thirty bucks a month — the origin of the phrase “another day, another dollar” — of which 25 was to be sent home to their families. Over the course of its nine-year run, almost three million men joined.

The labor was unskilled, and the companies were segregated. Still, there was the hope that it would train them for future work, as young men, often from eastern cities, were shipped around the nation to breathe fresh air and do menial tasks. 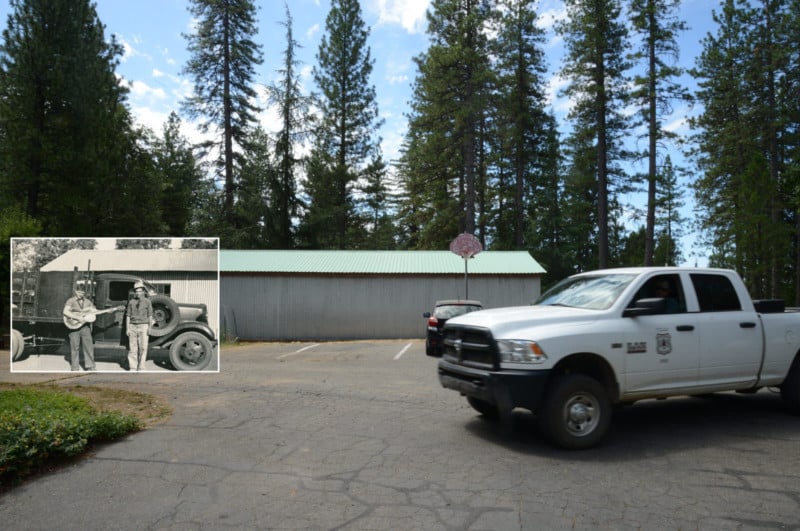 “I propose to create a Civilian Conservation Corps to be used in simple work,” Roosevelt said, “more important, however, than the material gains will be the moral and spiritual value of such work.”

To Roosevelt, it was his favorite idea.

General Douglas MacArthur was placed in charge of the program, and the camps were run by officers from the U.S. Army Reserve. When the ominous gray wars across both oceans finally arrived in America, alumni of the program were given preferential enlistments as corporals and sergeants.

No military training was given. Instead, young men from all corners of the nation were given picks and axes, buckets and shovels, and set to work on composing America’s natural anthem. At night, far from home, they’d sit at campfires together among one another, people with names, ethnicities, religions, cities the others had never heard of, watching pink spun-cotton skies give way to a million stars.

Enrollments of only one year were allowed; it wasn’t uncommon for departing members to gundeck their paperwork and join again and again, to go back north and south and east and west with new names, new birth dates, new assignments.

The men are gone. The continental garden they built remains.

My grandfather was a member of one such company; the men in that unit, all northeasterners, were formed as Company 298 and shipped by train out to the Eldorado National Forest northeast of Placerville, California, a quaint wood-and-nails gold rush boom city first known as Dry Diggins, and then as Hangtown.

Two years ago, scrounging through the back of a closet, I came across an album of hundreds and hundreds of photographs of everyday life in the CCC — young men, sweaty and shirtless, smiling, goofing off, occasionally working. Grandfather, it turns out, had been the president (and perhaps sole member) of Company 298’s Photography Club. 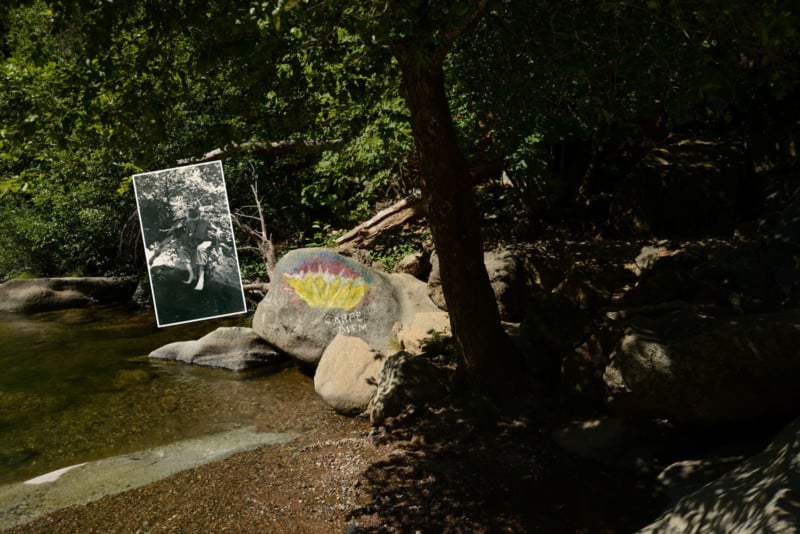 The photographs — all contact prints made from 620 film — were made on a Kodak Diomatic Folding Camera; 1936 advertisements for the camera price it at $17.50, or roughly three and a half months of a CCC member’s take-home pay.

They are not great photographs. It’s not hard to imagine, but the untrained camera club teenager working with a difficult camera in spare moments was neither gifted nor lucky. What they do offer, however, is an autograph of a moment. 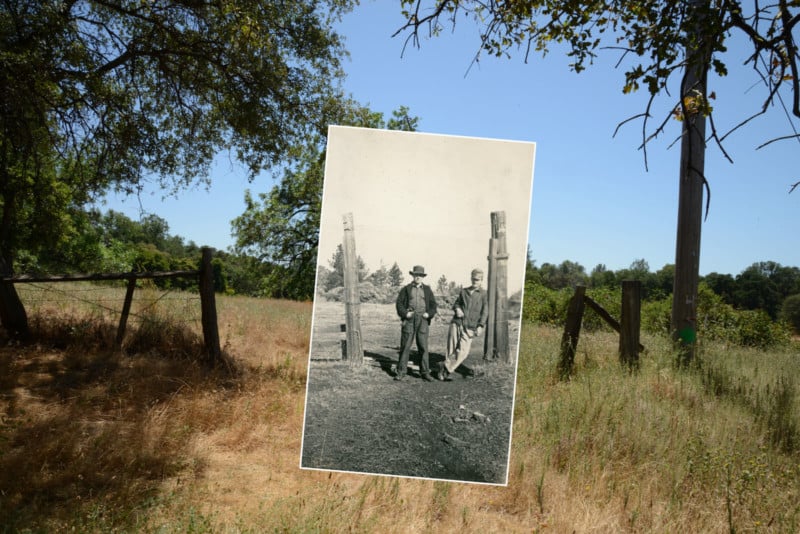 Company 298, in its time out in Eldorado, built bridges, cleared creekbed parks, dug out campgrounds, worked on dams, developed lakeshores, cracked tolerable roads out of slickrock. Today, almost all of it is, like any good campsite, left just as they found it — tarred highways traveled by unimaginable giant cars, lakes full of swimmers and kayakers and fishermen, and creek beds that, it being named El Dorado, after all, still have woolly men panning through the current and silt for coruscating flecks of gold.

“Thousands of tired, nerve-shaken, over-civilized people are beginning to find out that going to the mountains is going home,” said John Muir, father of fatherless Yosemite, a land that was born unto itself. “That wildness is a necessity; and that mountain parks and reservations are useful not only as fountains of timber and irrigating rivers, but as fountains of life.”

The land is a love poem, and not all love poems are tender. At Eldorado — perched deep into California’s Sierra Nevada Mountains- yearly forest fires have decimated the landscape, and all five of that state’s largest forest fires have occurred since 2000. At times, the terrain — like its history — feels impassable. The lush green camps seen in the Depression summers have given way to dry, overgrown brown brush and cockleburrs; the forests are now dotted with dead copses, gaunt and leafless, like wild uncut stray hair, blanched white not by old age but disastrous fire.

Grandfather labeled many of the photographs’ people, but not their places; working over the course of 13 months with the U.S. Forest Service, aided by Eldorado’s rangers, archaeologists, and local historians, we found many of the locations seen in the 1937 photographs, often lining up tiny elements — this tree, fattened by eighty years of rain, or that, withered into death by a few minutes of fire — and historical maps, foundations.

Most of what they built stands just where they left it. The original CCC camp, however, is empty fields, with brakes of brick foundations and rotting 1930s trucks punctuating an expansive thicket of pine, spruce, burnt black oak. But the ghosts remain.

The past is a choose-your-own-adventure story that you did not choose. Following the stories of the grinning boys in these pictures leads to an array of unremarkable men who did remarkable things. Following the Civilian Conservation Corps, some of the workers became forest rangers themselves, ever-touched by the feel of morning dew and the scent of cedars baltering in the rain.

Most, four years later, found their way into the terrible sequel to the terrible world war their fathers fought in; no longer pick-ax men of the forest, they ended up as sailors and soldiers and marines, helped save the world before returning, shell-shocked, to New Jersey and New York and Pennsylvania and living out the normal lives that society requires.

Some were not so lucky; lean, muscular John Bookholt, perched atop a rock at Crystal Basin, wearing a smile as big as all outdoors, left the war in 1945, disfigured and disabled. He opened a Pennsylvania furniture store, and died last year.

Tracing the later histories of the named youngsters seen in these photographs, one finds that fully half of them later died of liver problems.

Some never made it that long: Joseph Fleury, sweaty and grinning on a log fence in Eldorado in 1937, ended up fighting in the Philippines, and died of disease in a Japanese camp in 1943.

Dashed from existence, it’s easy to mourn him: beaming, handsome, but timeworn Joseph Fleury, a calcium husk in an undignified Pacific grave. 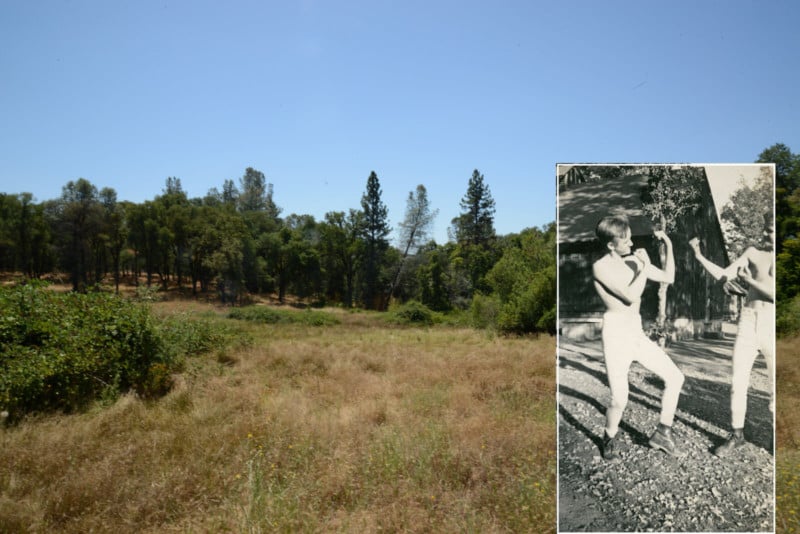 Then one remembers: the past is present. If we are what we do, if we are what we create — the driving force that has kept our species breeding and building since the dawn of time — then these men are more. 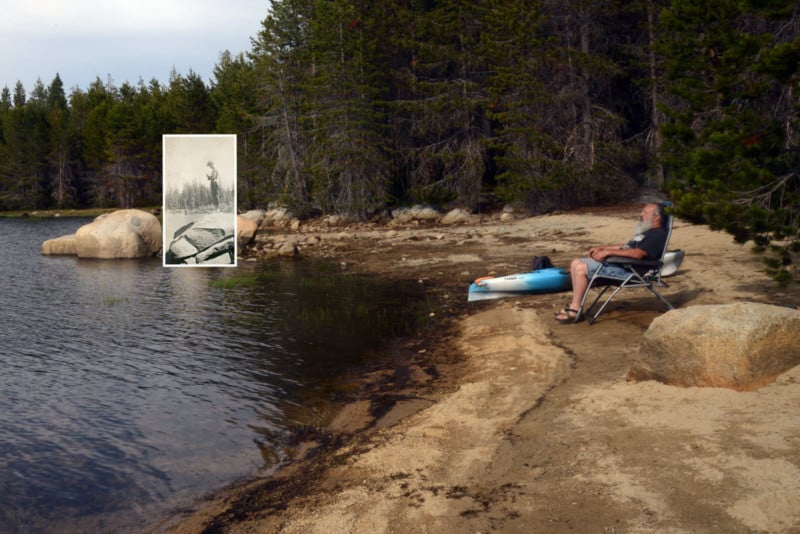 The land is mostly the same as they left it, young, their whole lives ahead of them but perhaps the best of it behind them. They are roads, they are bridges, they are fields. They are a forest of trees. They are unseen ghosts, footprints in sand and soil as children laugh by a lake, as families pitch tents, as gold panners grab their beards and curse their luck that another sift has come up empty. 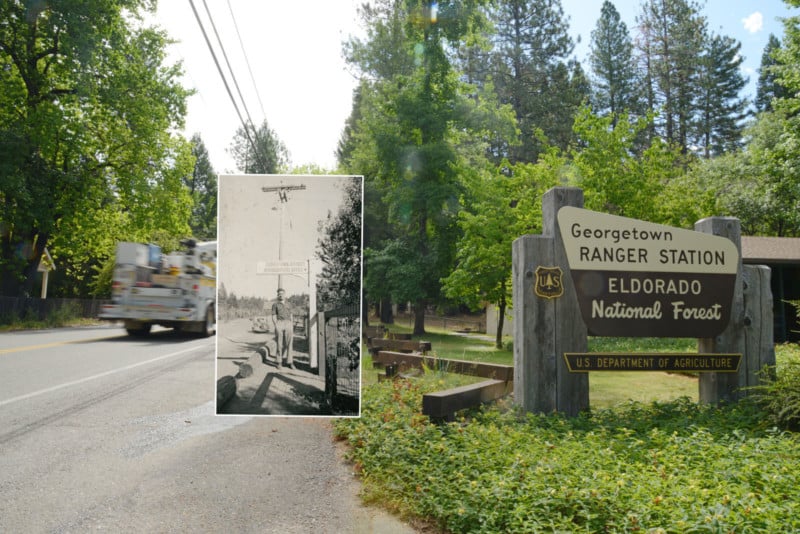 They are, in one little corner of the world, a living memory, breathing in again every time someone with new eyes sits in their forest, peering up at the softening sky, watching the clouds turn to color.

Editor’s note: After finding his grandfather’s photos, photographer B.A. Van Sise worked with the Forest Service over a period of 13 months, locating all the sites seen in the pictures. Van Sise then revisited and rephotographed those sites 82 years after they were photographed by his grandfather. Combining the two views resulted in the then-and-now photos seen in this project.

About the authors: Gordon W. Van Sise (1919-1990) was at various points in his life a construction worker, truck driver, house painter, mechanic, soldier, and fisherman— all skills he learned in the Civilian Conservation Corps.

B.A. Van Sise is an internationally-known photographer and the author of the visual poetry anthology Children of Grass. His visual work has appeared in major museum exhibitions throughout the United States, including at the Center for Creative Photography, Peabody Essex Museum, Museum of Jewish Heritage, and Los Angeles Center of Photography. His written work has previously appeared in Poets & Writers, the Southampton Review, Eclectica, and the North American Review. You can find more of Van Sise’s work on his website and Instagram.