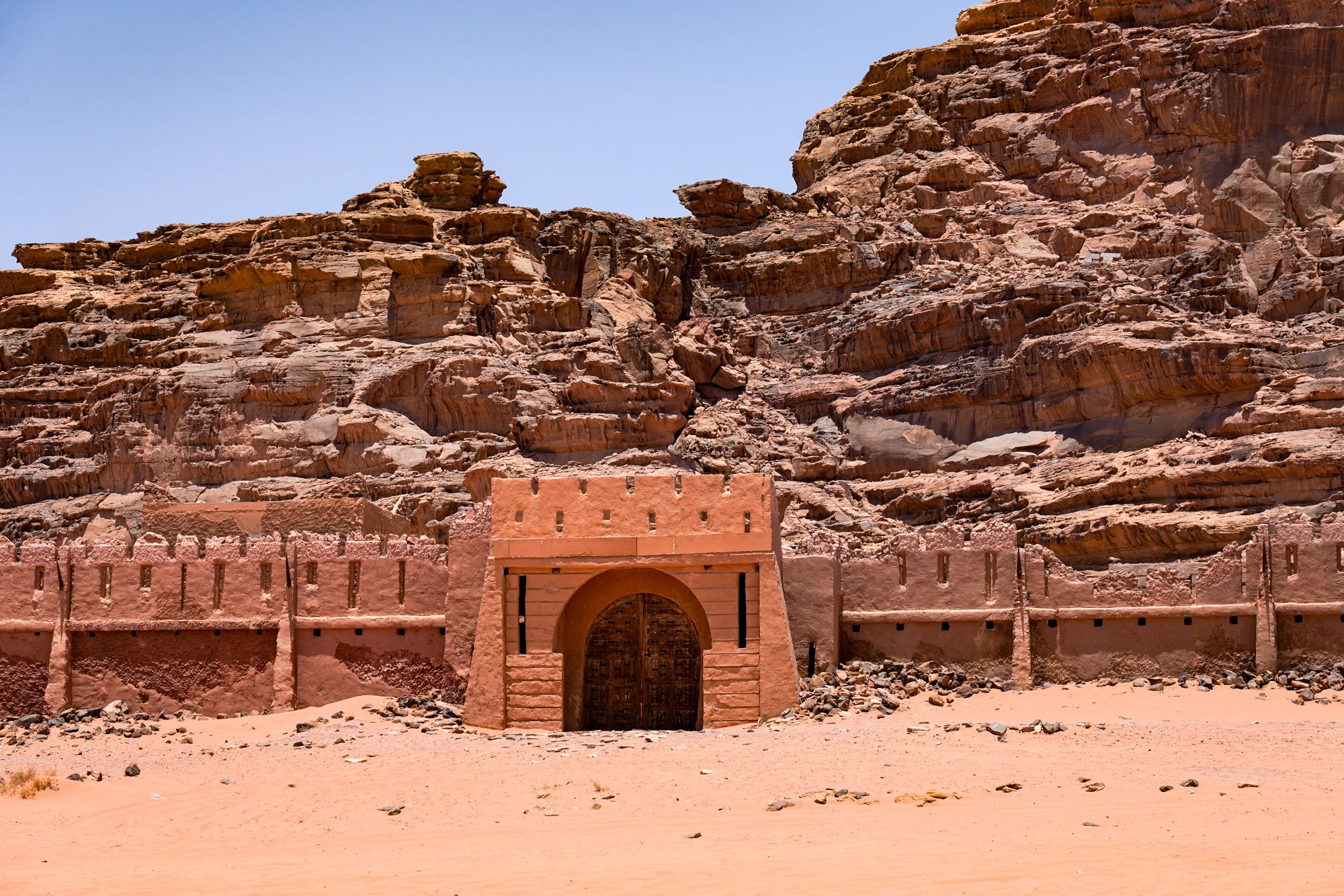 While exploring the southern, lesser-known part of the Jordanian desert Wadi Rum, I notice a remarkable, palace-like structure sitting on a high, rocky cliff. The view reminded me of a scene from the classic Oscar-winning film Lawrence of Arabia. It just lacked camel caravans and people.

Who lived in such a place and why did they decide to abandon it? Perhaps the abandoned structure was the set for a film I was unfamiliar with. The harsh background recalls those against which The Martian, Rogue 1, A Star Wars Story, Red Planet or Prometheus were filmed. My curiosity piqued, I headed closer.

The huge wooden gates won’t budge a millimeter, as if they intentionally do not wish to reveal the secrets lurking behind them. Luckily, the back of the complex isn’t fortified, making it easier to get inside. 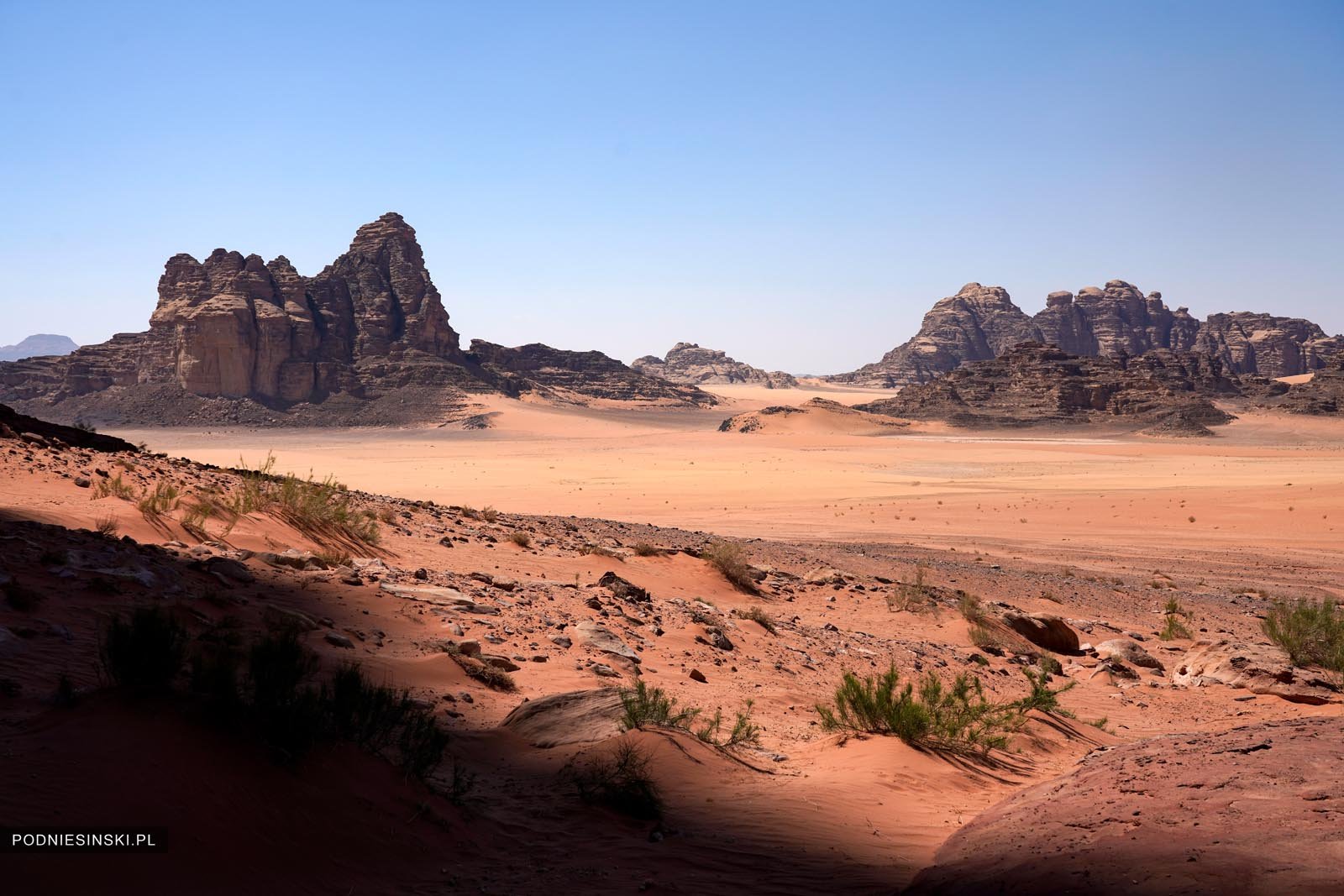 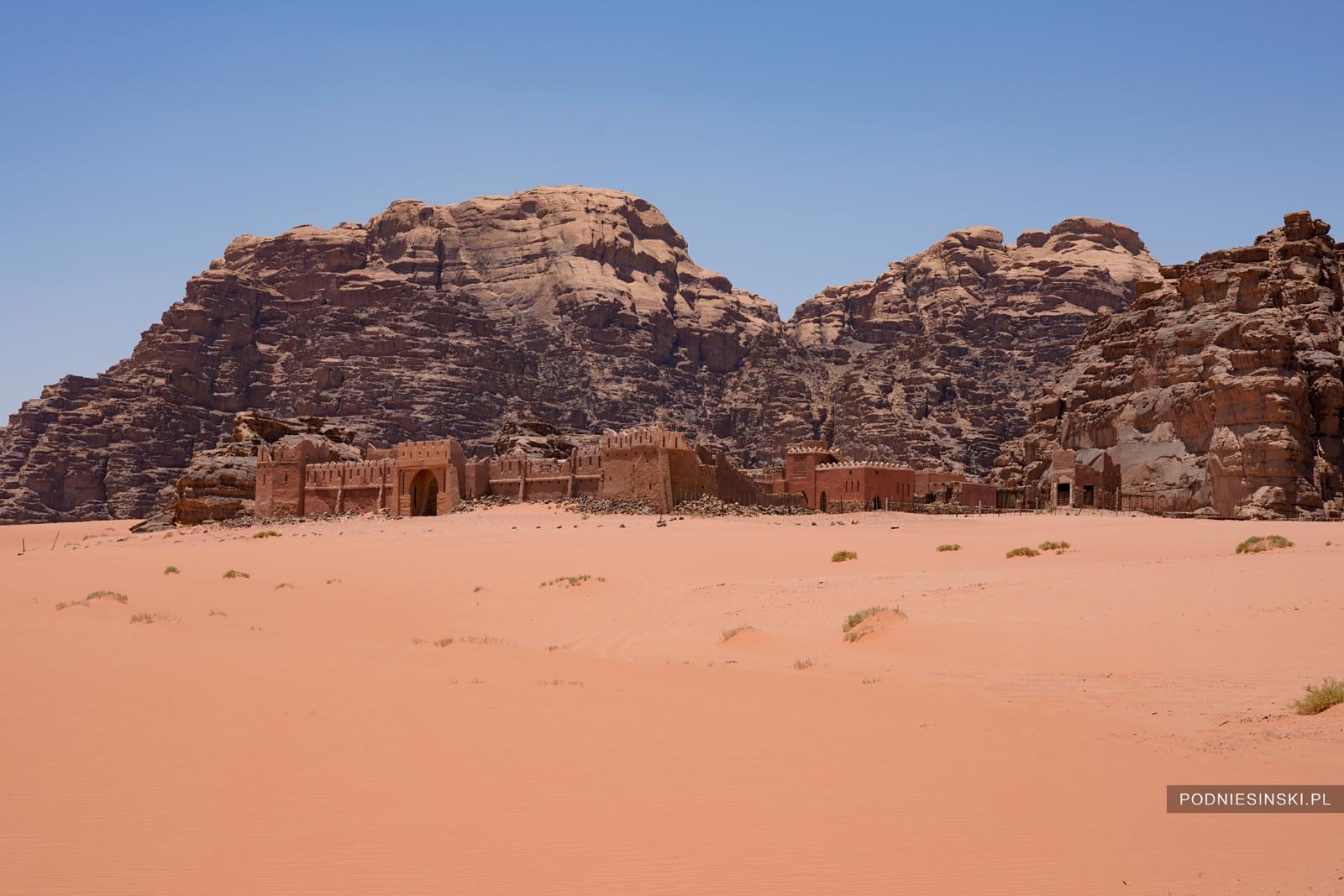 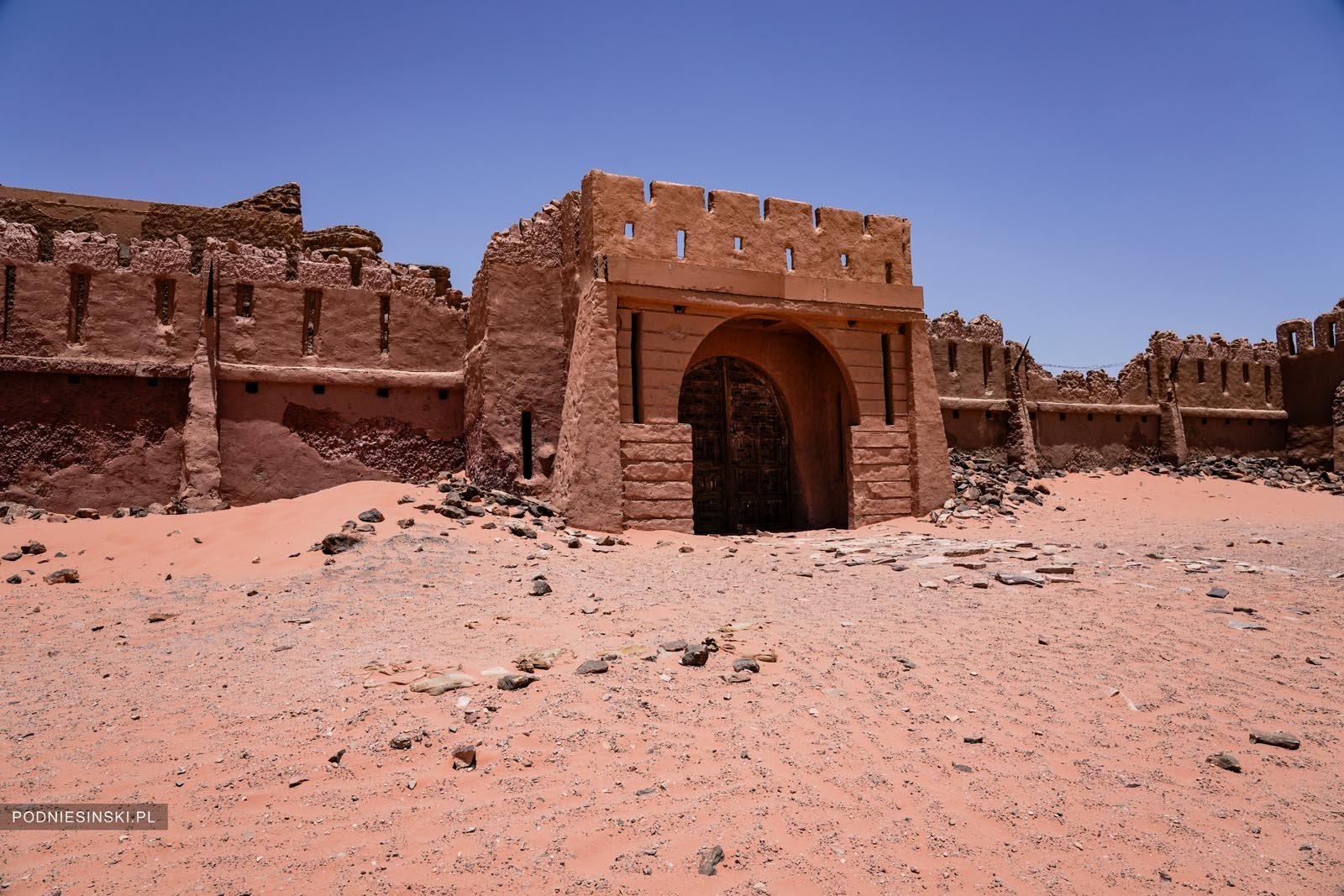 The central area of the palace was occupied by a building crowned by a dome. It looked like a small mosque. Around it were a dozen or so smaller buildings. The majority of them were closed; in any case, even if they were open, the thick layer of long-unmoved sand would effectively prevent me access.

Luckily, I was able to look inside through the windows located above it, and enter via a network of underground tunnels which, as I quickly discovered, connected to many rooms. 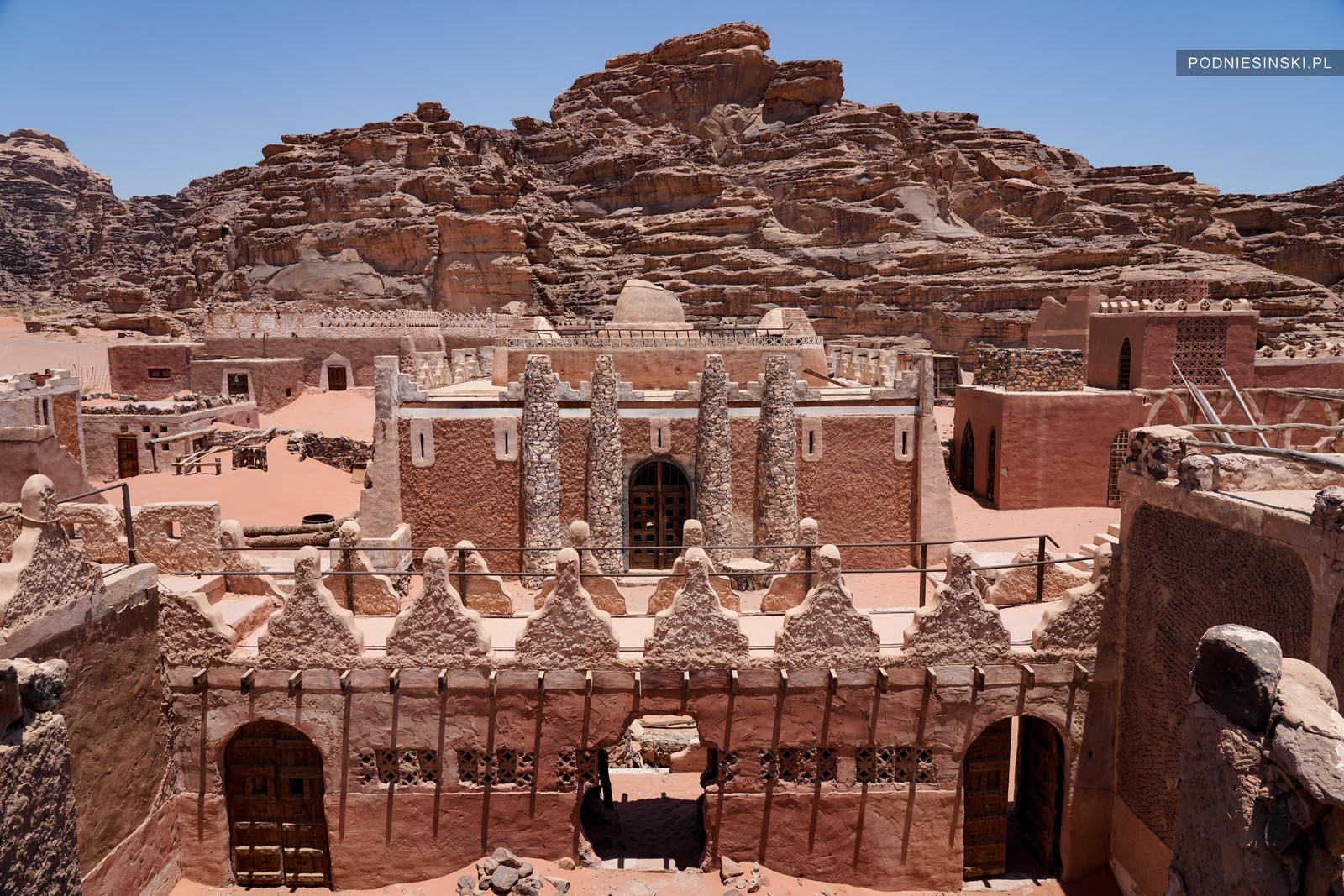 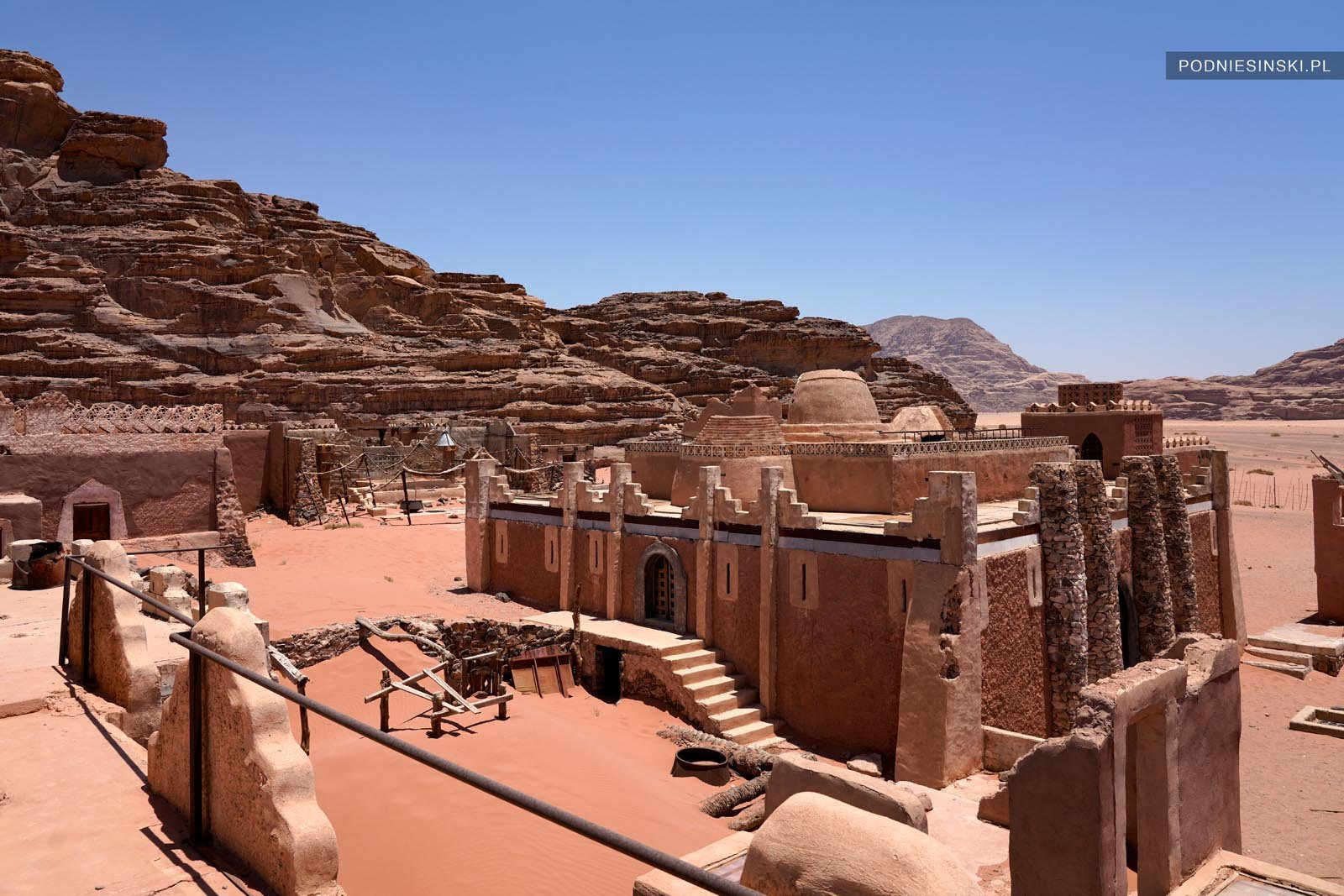 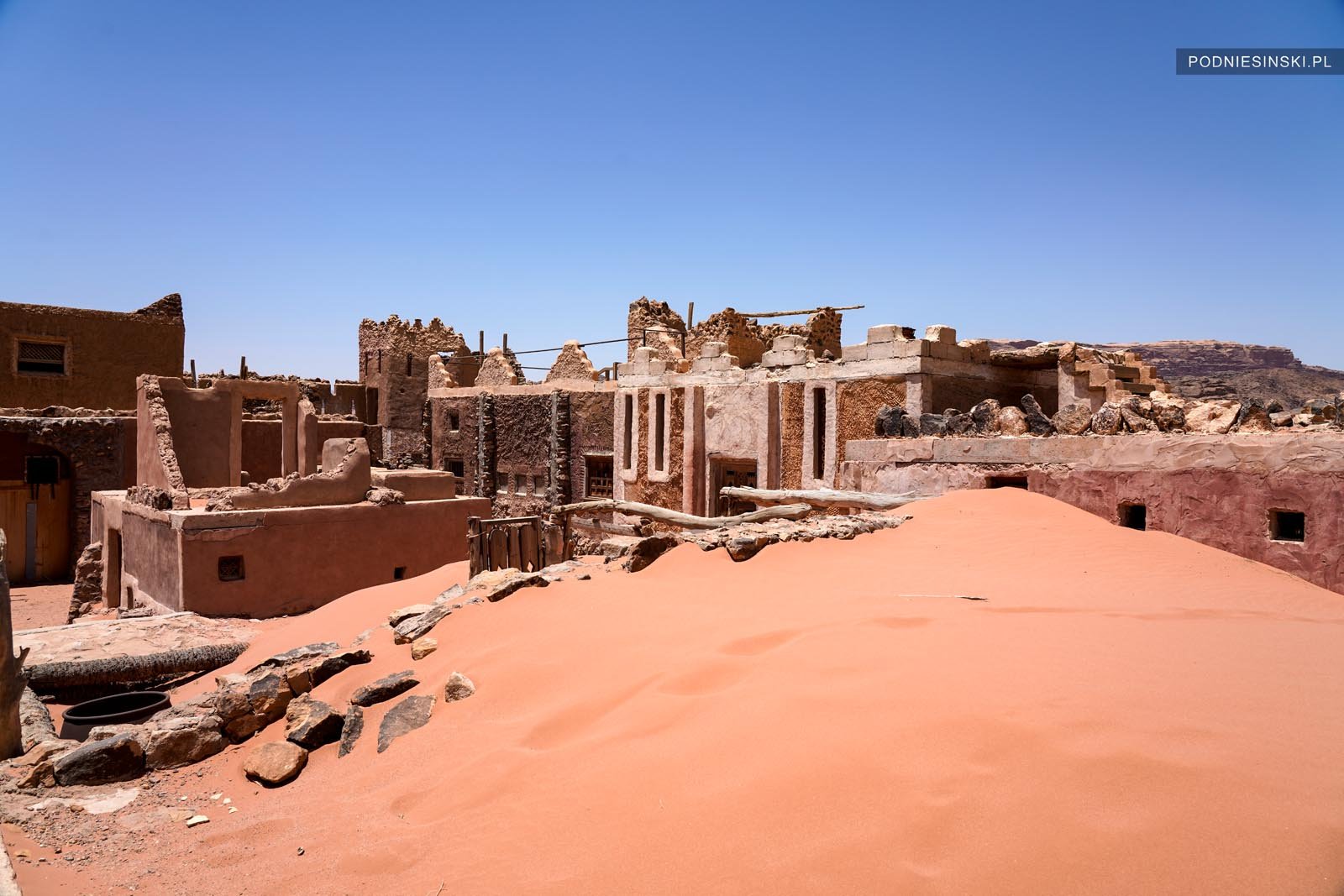 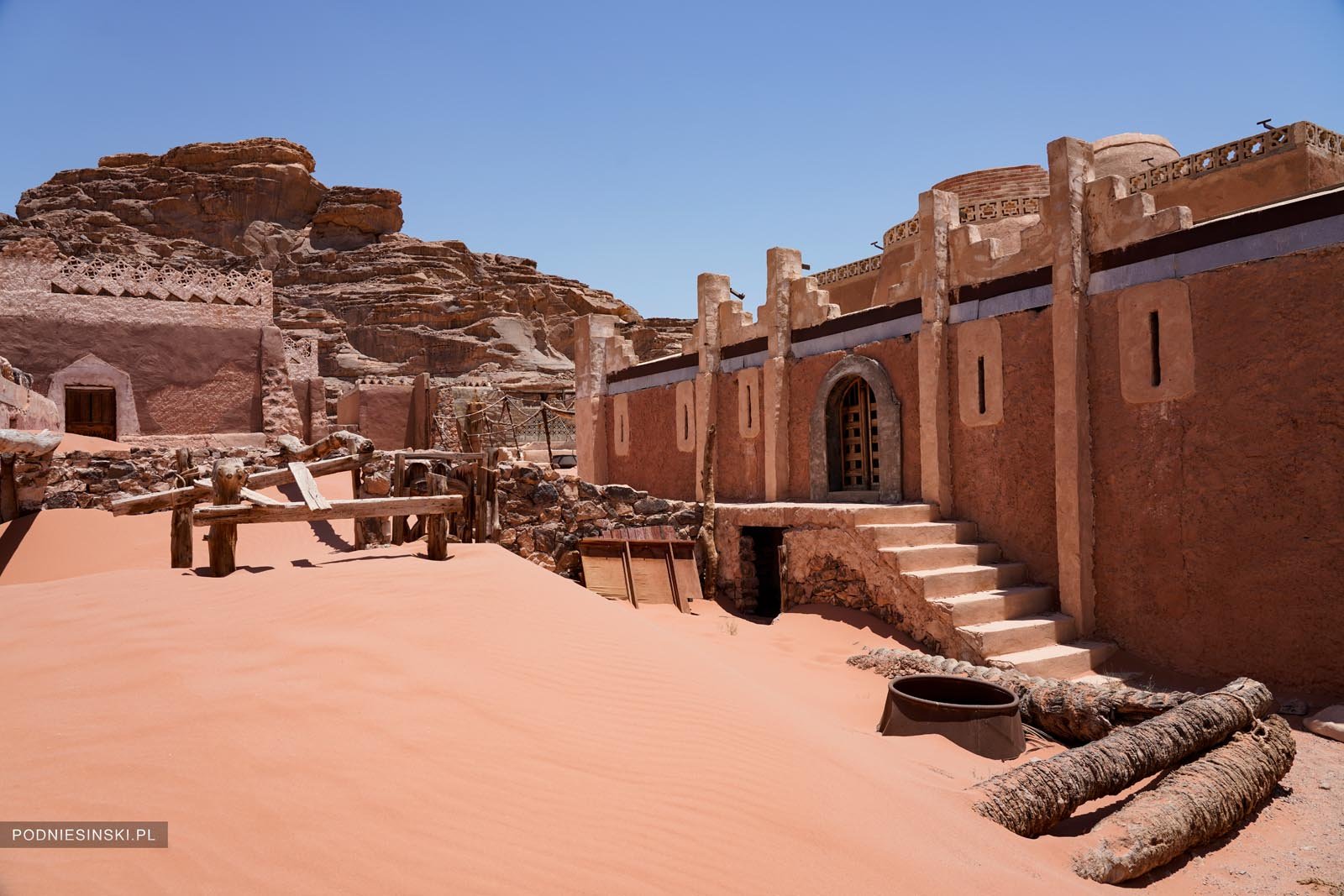 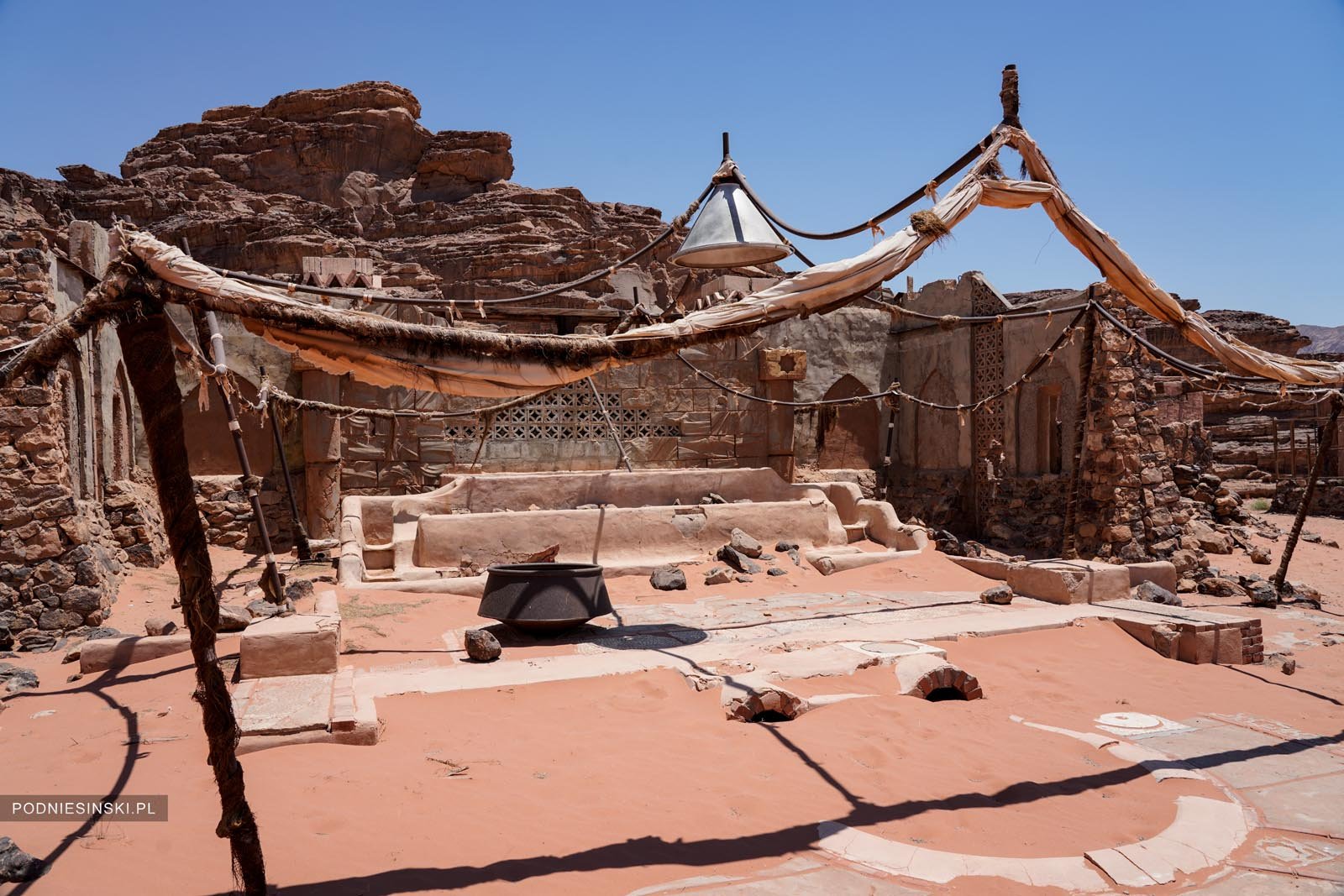 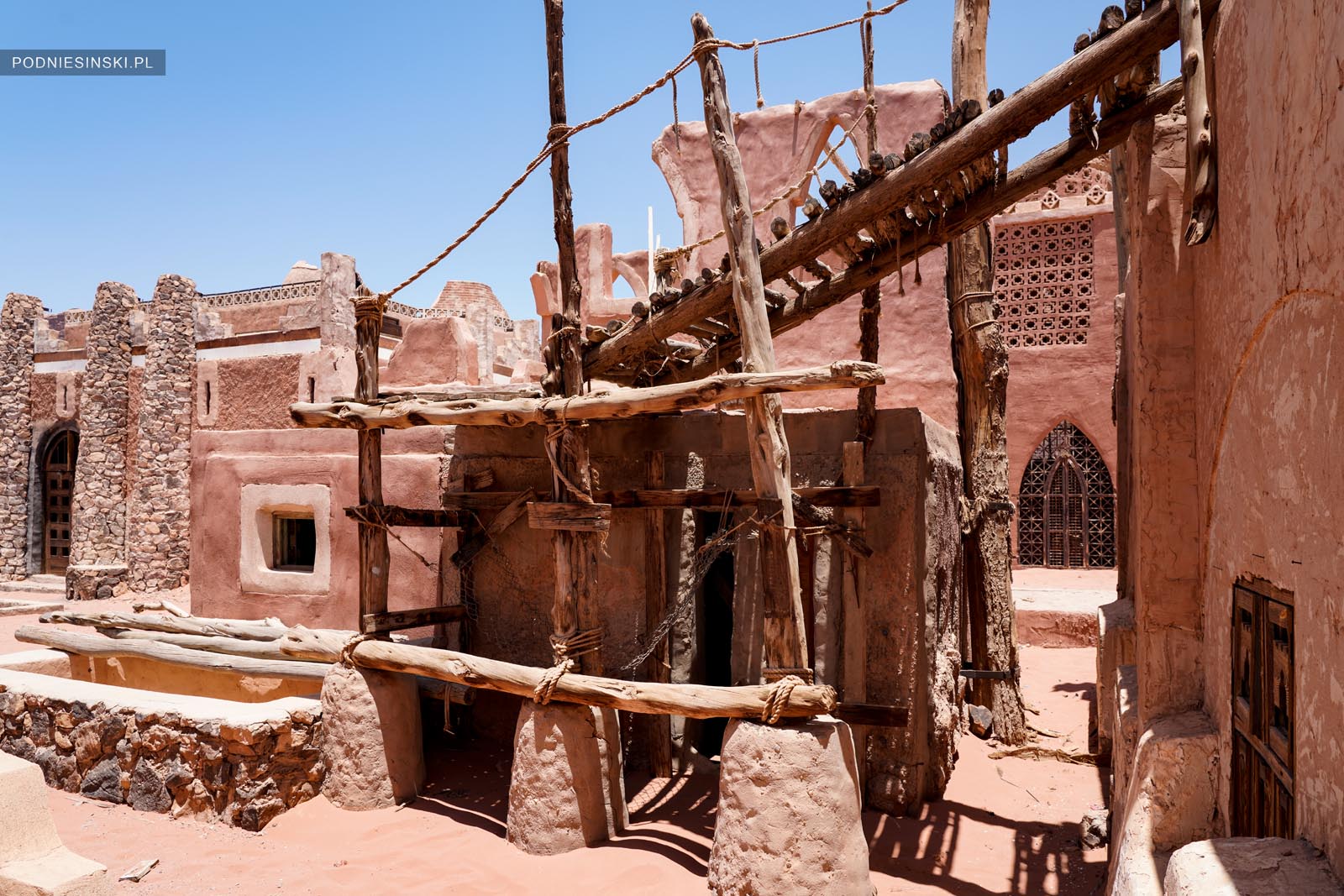 The scene inside, rather than helping solve the puzzle, raised even more questions. The rooms were full of strange objects and devices that I would never expect to find in the middle of the desert.

Movable gates, trapdoors, and crushers. Strange mechanisms, gears and dozens of similar objects of unknown purpose. Was this an abandoned mine or prison with a torture chamber in the middle of the desert? If the palace had been built today, I would have thought it was a huge escape room. 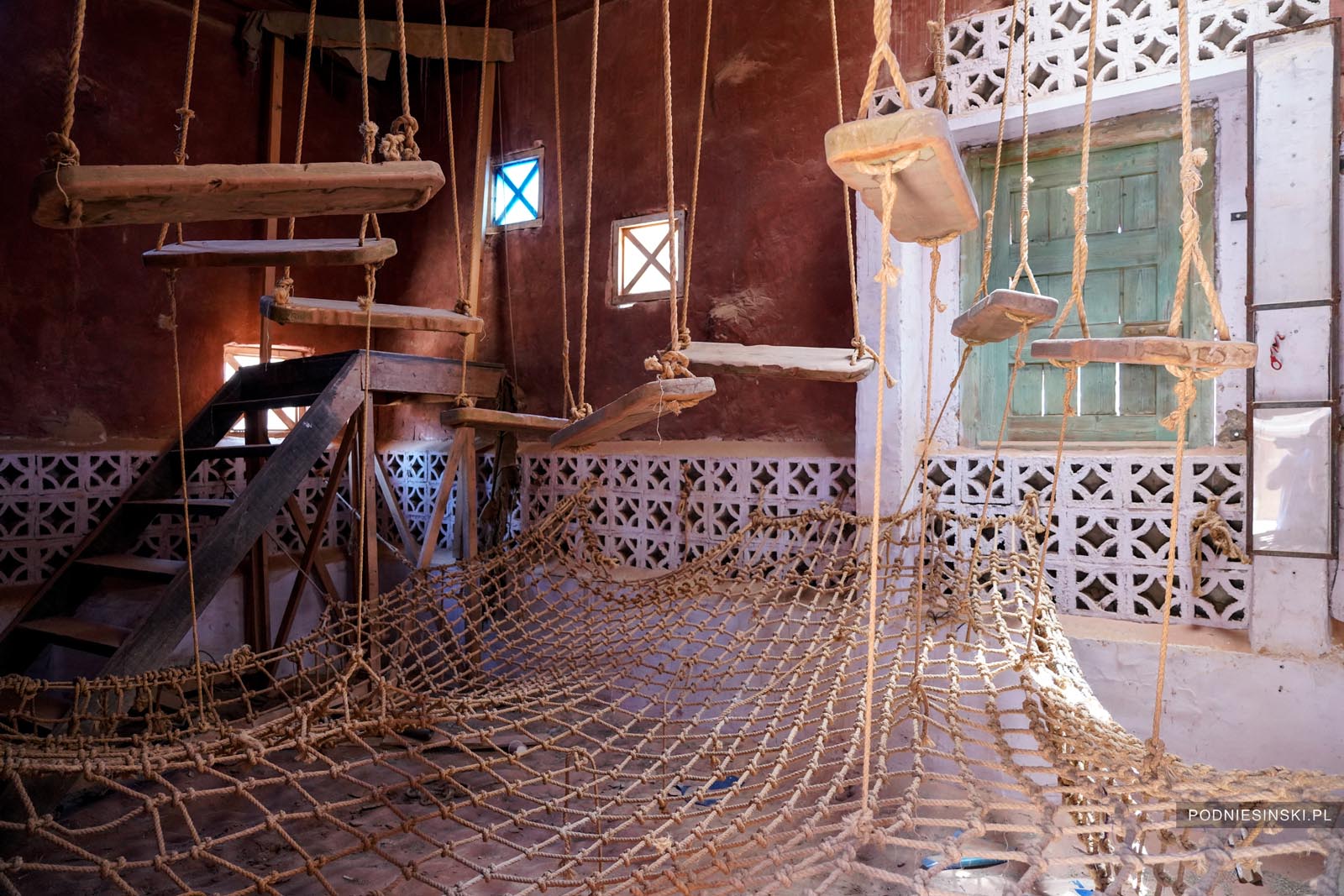 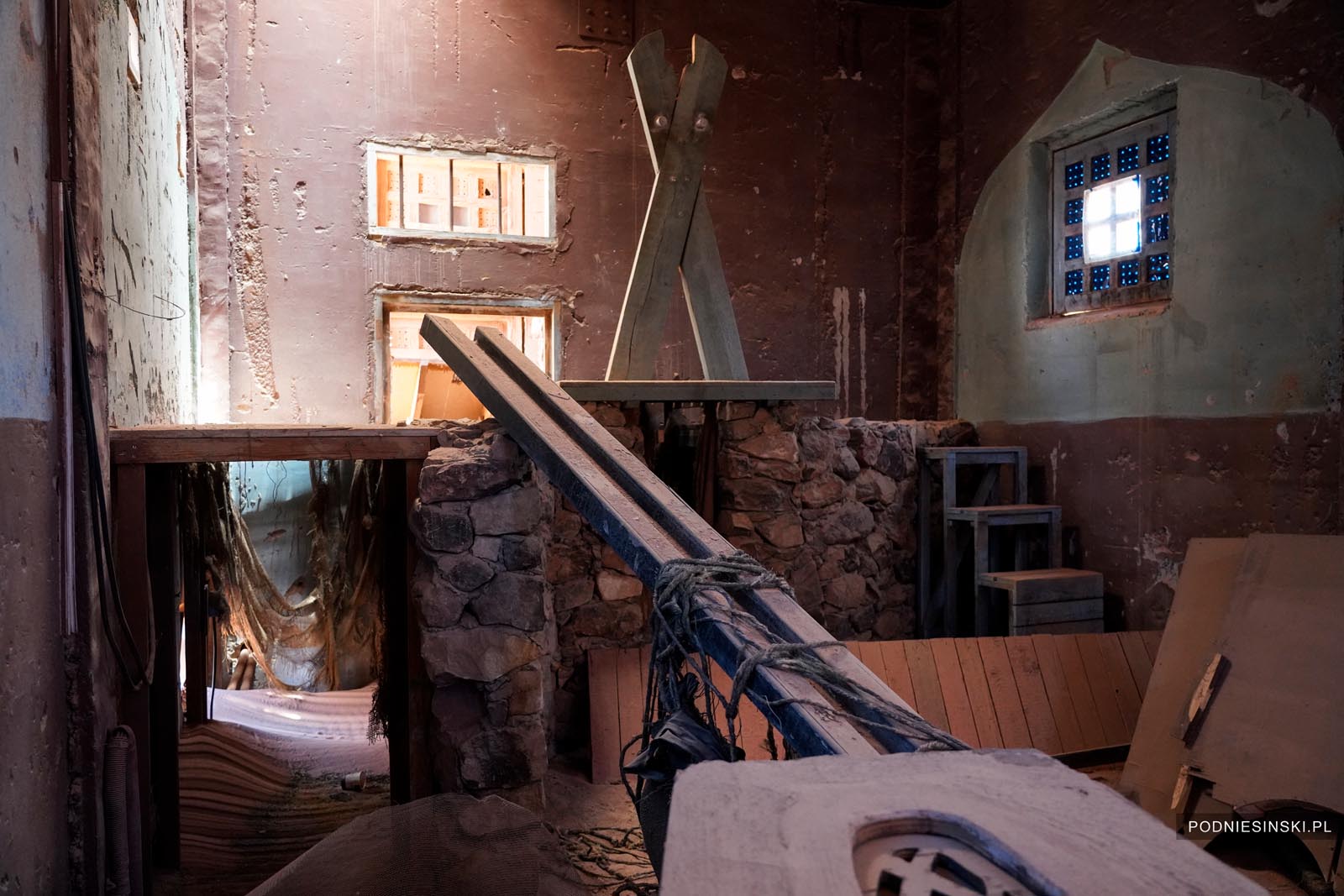 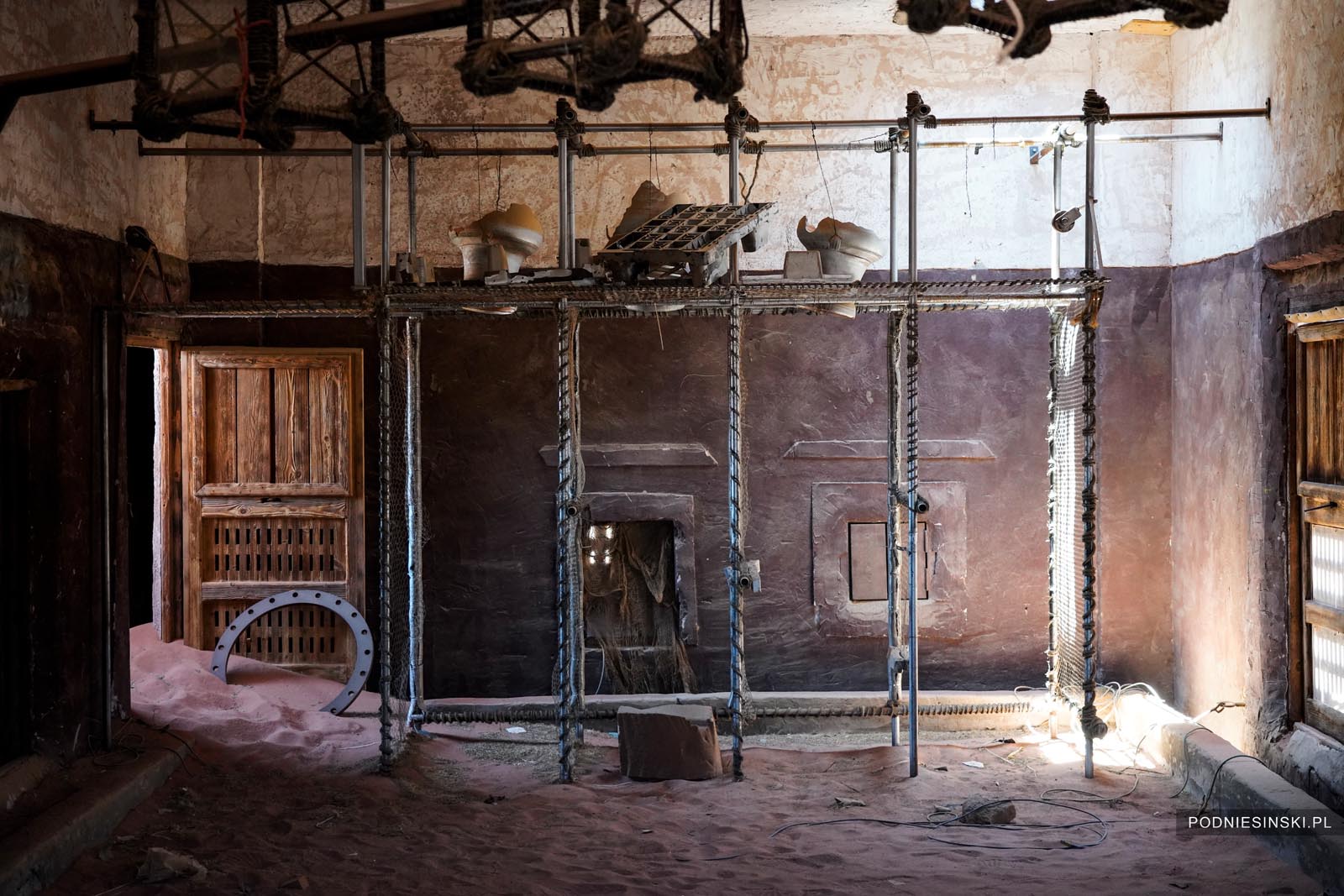 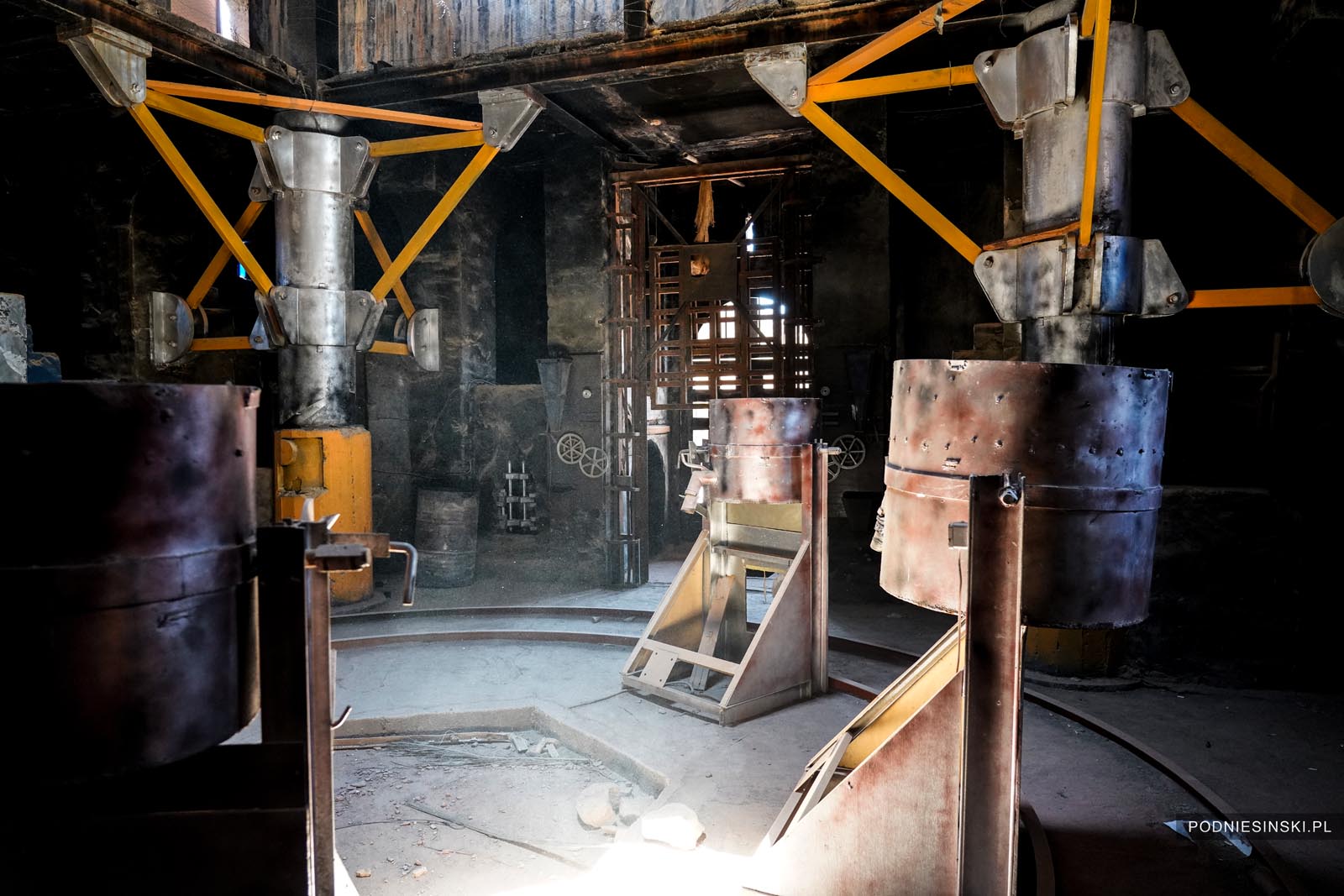 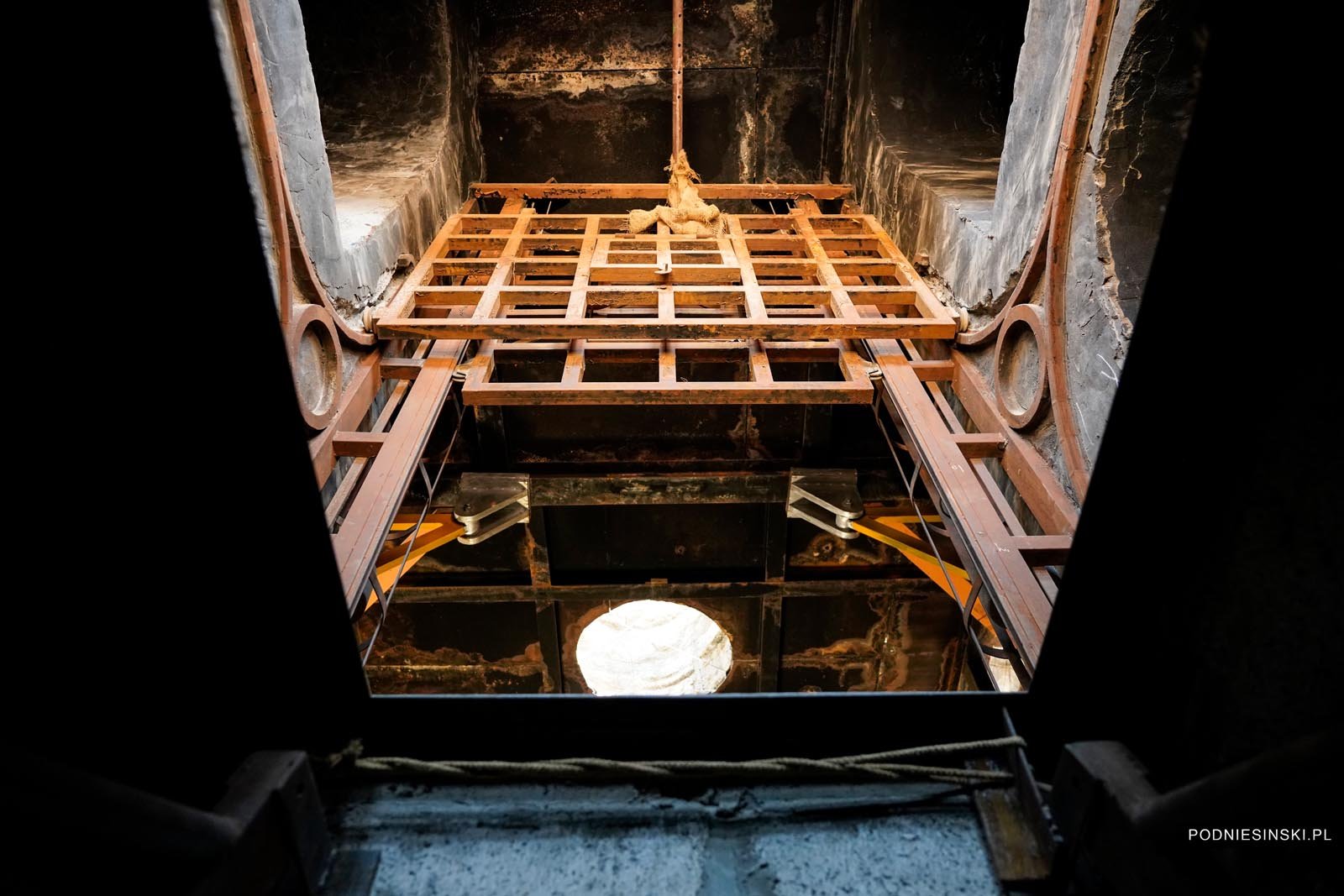 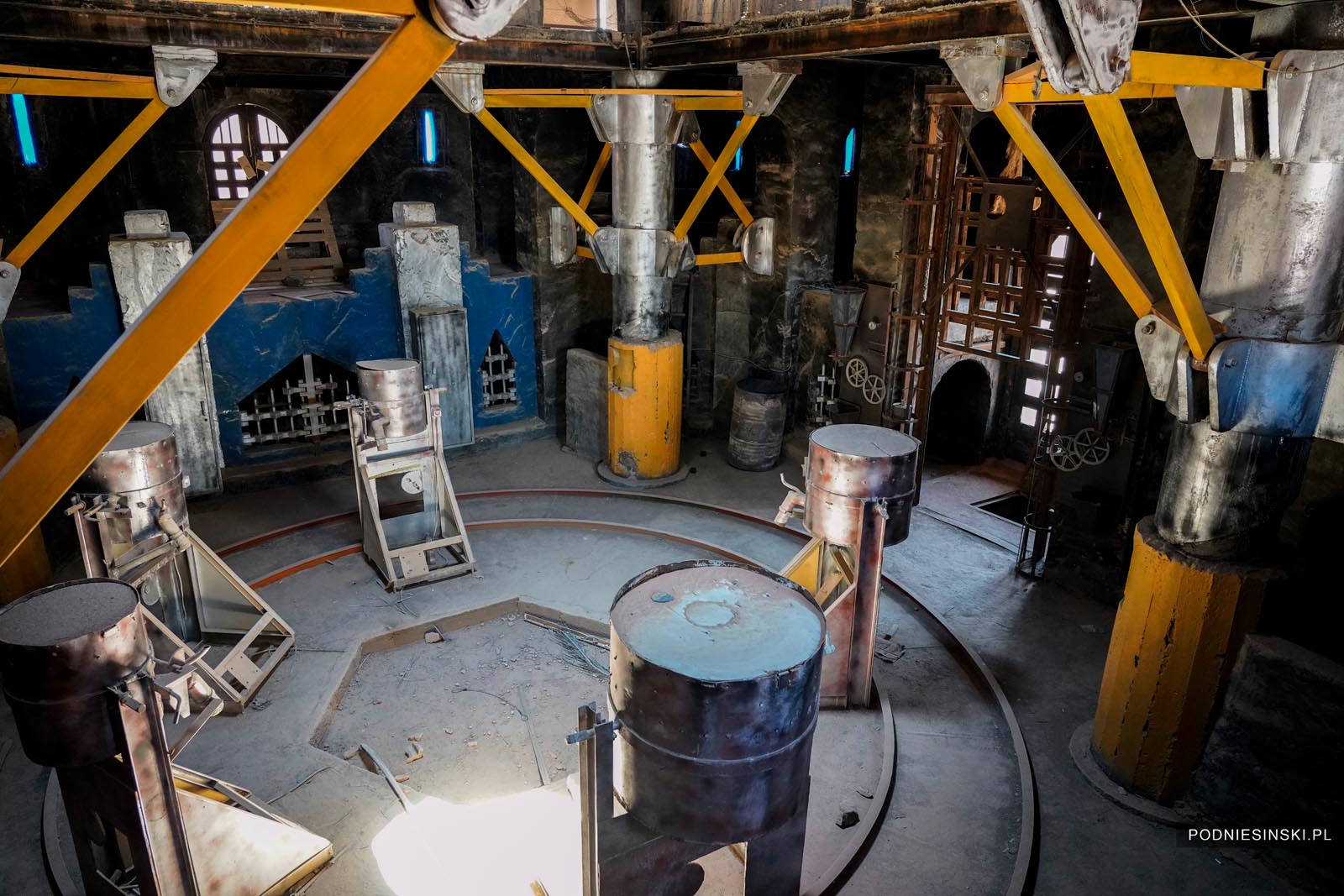 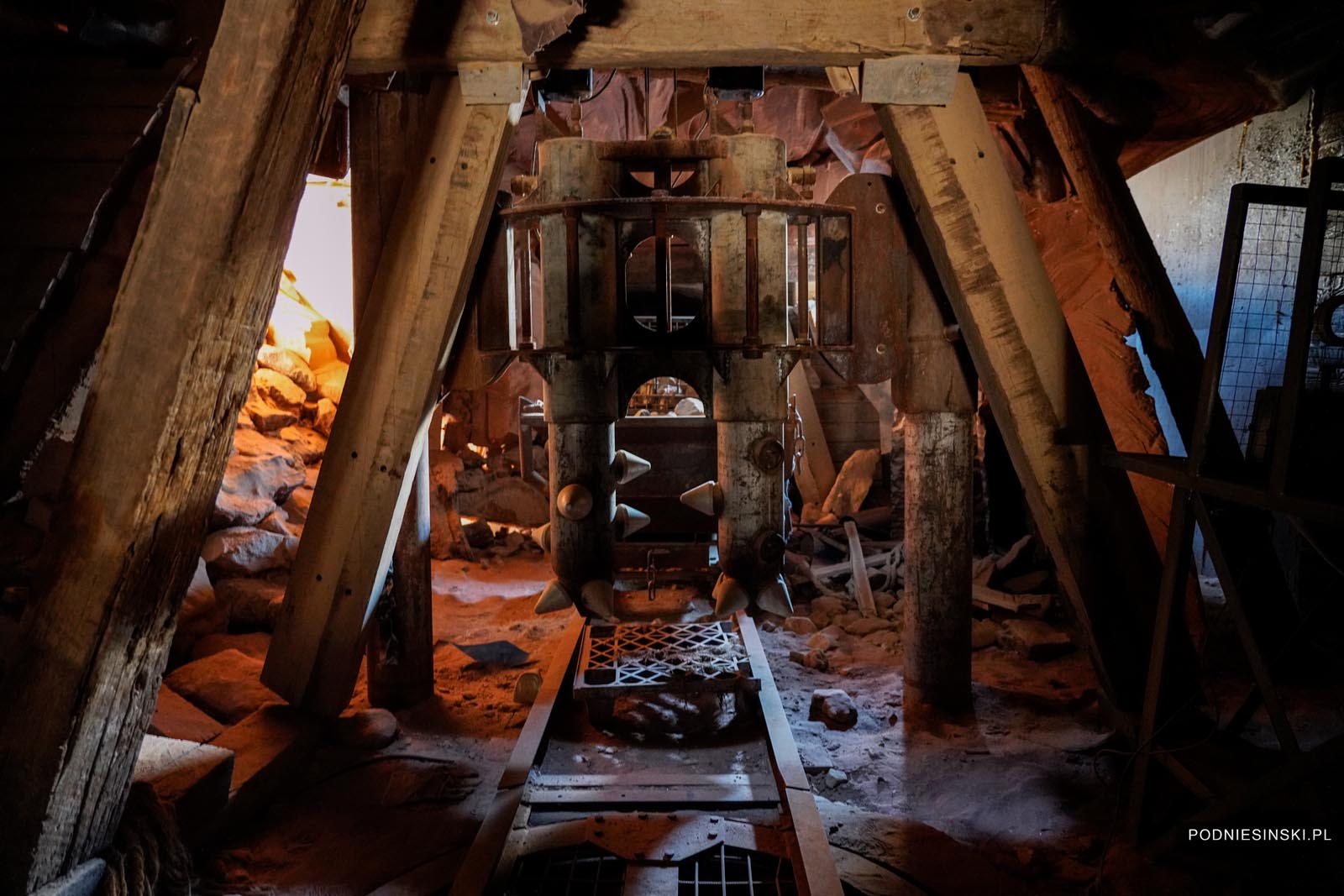 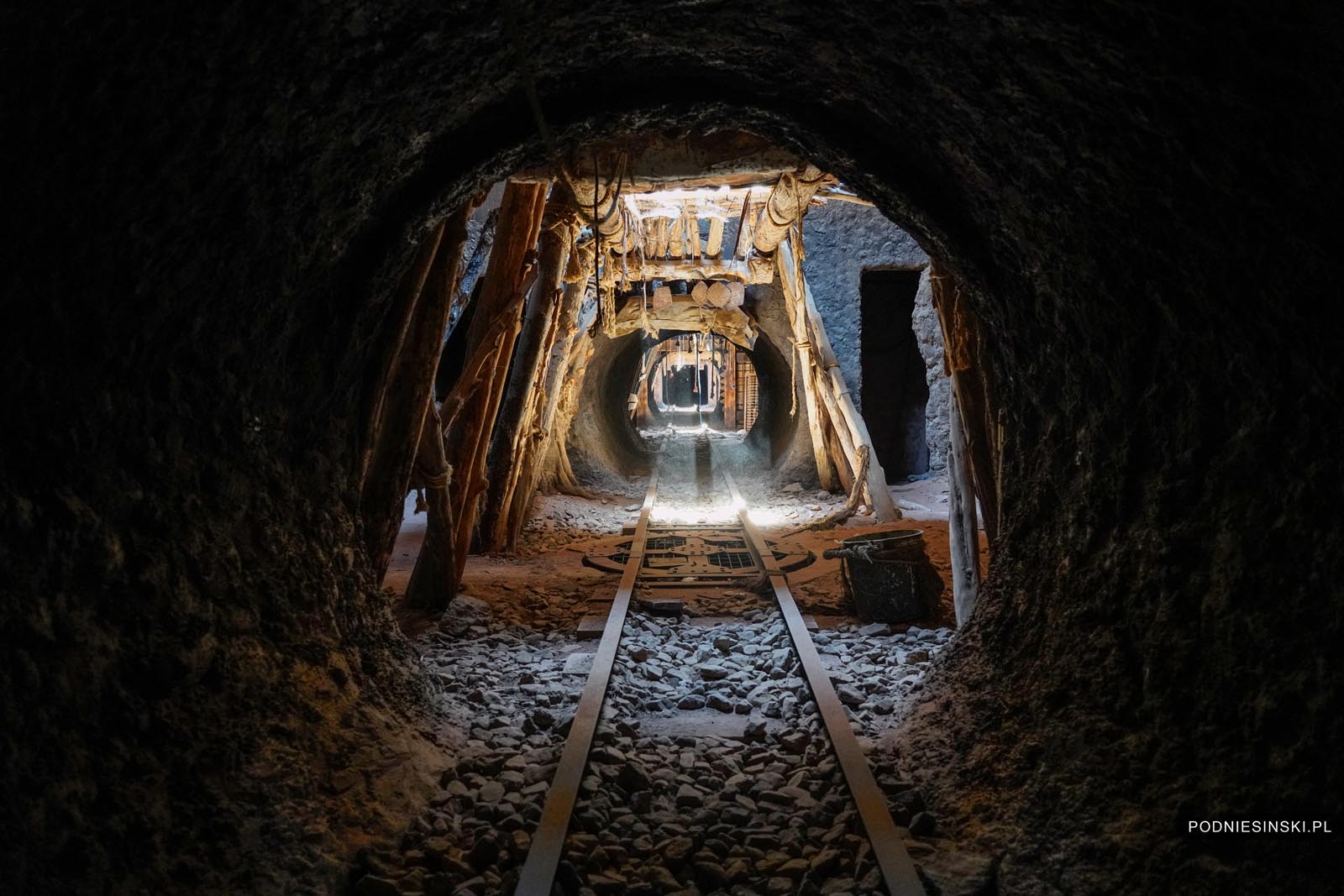 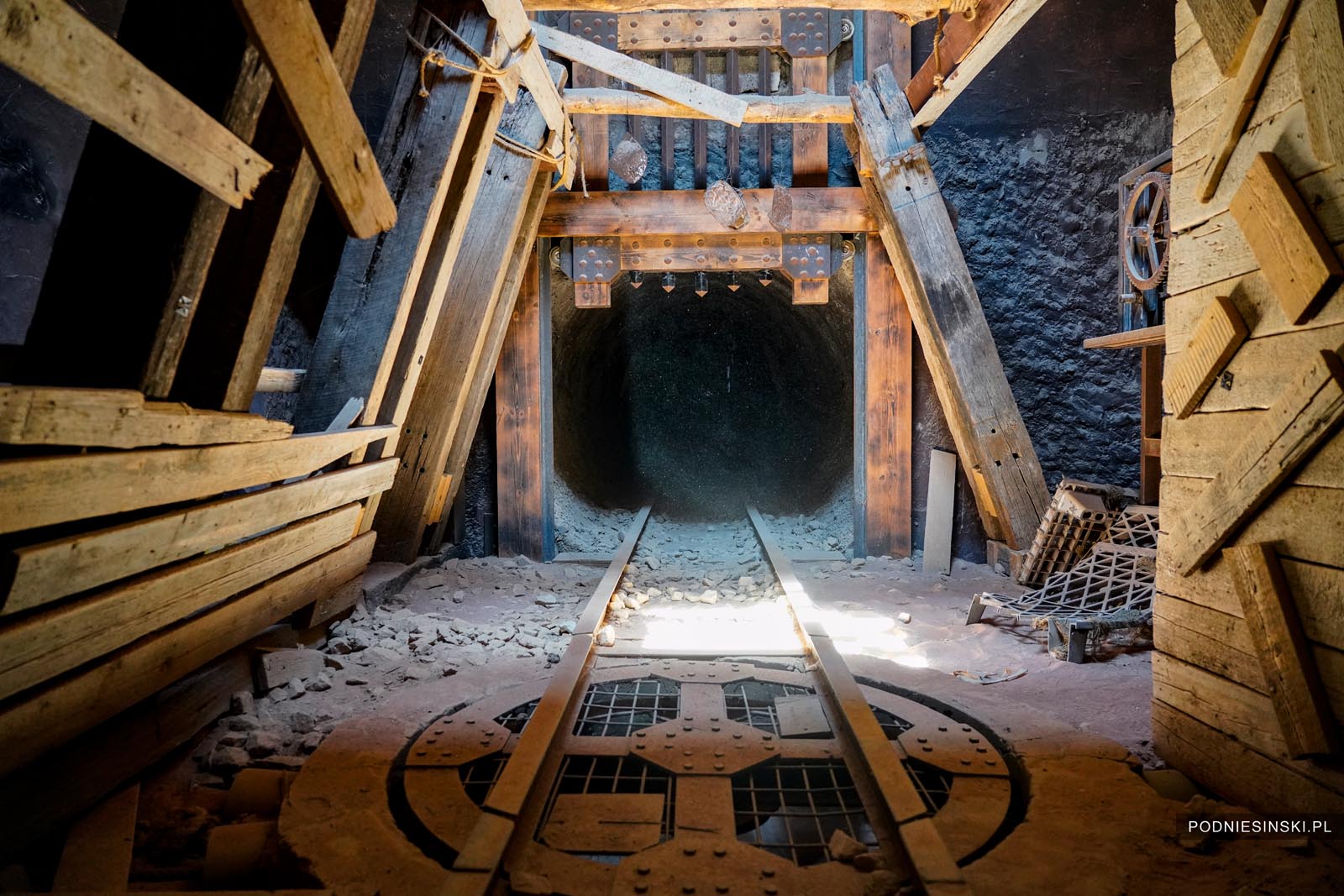 It was only upon returning home and checking some information that I discovered the palace’s secrets. Suddenly, all of the pieces begin to fall into place.

Have you heard of the French gameshow Fort Boyard, which took place at the fort of the same name? It was one of the most popular gameshows of the 1990s, a precursor to programs such as Fear Factor and Survivor. Due to its popularity, the same producers decided to make a similar program, this time in the Wadi Rum Desert in Jordan.

In the new gameshow, two 2-person teams took part in competitions that began in the desert before moving on into the palace. The game’s finale took place in the main area of the palace, known as the forge, where the victorious pair had the chance to literally turn their prize into gold—melting down gold bars, the game show’s main reward, by hand.

What this looked like in reality can be seen on the gameshow’s trailer.

Unfortunately, the gameshow Forges du Desert (The Desert Forges), which premiered in 1999, quickly turned out to be a total flop. Due to low viewership, only three episodes out of the six shot were broadcast. The audience was disappointed.

The production of subsequent parts was stopped, and the palace was left to the mercies of nature: the omnipresent sun, sands and violent winds that slowly, but systematically, destroyed the entire structure. This is something of which Lawrence of Arabia wouldn’t surely have been proud.

About the author: Arkadiusz Podniesiński is a Polish photographer and filmmaker, a technical diver, and a graduate of Oxford Brookes University in Great Britain. You can find more of his work on his website. This photo essay was also published here, and is being republished with permission.