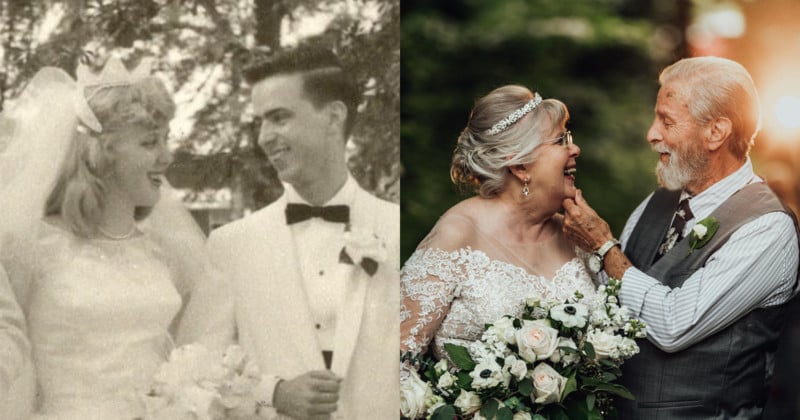 When George and Ginger Brown celebrated their 60th wedding anniversary this month, their granddaughter, wedding photographer Abigail Lydick, decided to surprise them with a special anniversary photo shoot.


George and Ginger got married back on June 6th, 1959, almost exactly a year after a chance encounter at a restaurant and then falling in love. 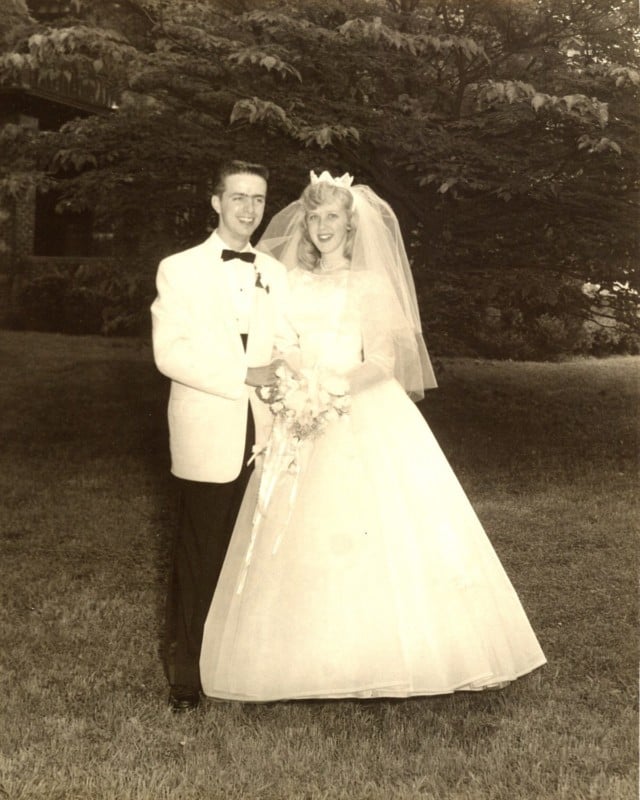 In the 60 years since, they’ve watched their family grow to include 4 kids, 18 grandchildren, and 19 great-grandchildren (who call them “Long Grandad” and “Long Grandmom”).

For this milestone anniversary, the family all chipped in and flew them into New Jersey. They also put together a team of vendors for the dress, jewelry, flowers, and hair-and-makeup for the big shoot. 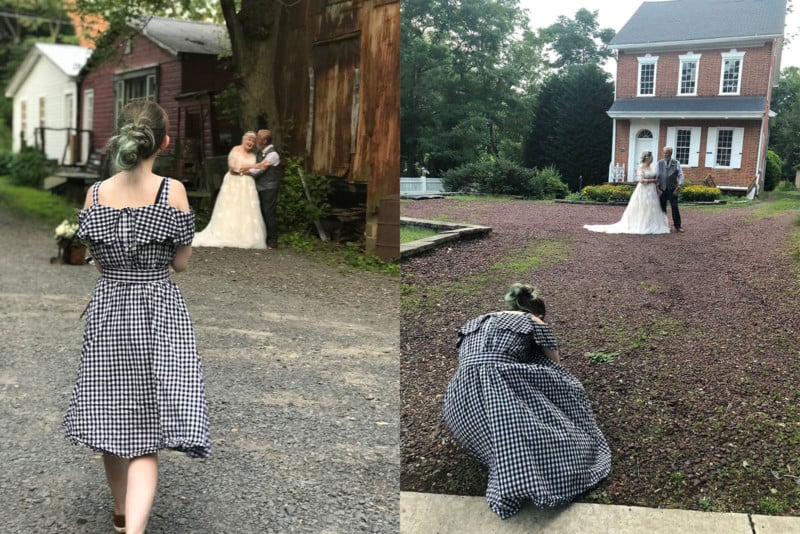 “Grandmom was more nervous than anyone, she had never gotten any kind of professional hair and makeup done, let alone fancy pictures, so we had to reassure her that she was going to rock this thing!” Lydick says. “Granddad wasn’t quite as nervous (and if he was he didn’t let on), and he was cracking jokes the whole time in typical George Brown fashion!

“Once we zipped Grandmom into her dress and stood her in front of the mirror, it seemed like some of her nerves were relieved! So we brought Granddad into our studio for a little “first look”, which was sweet as anything.” 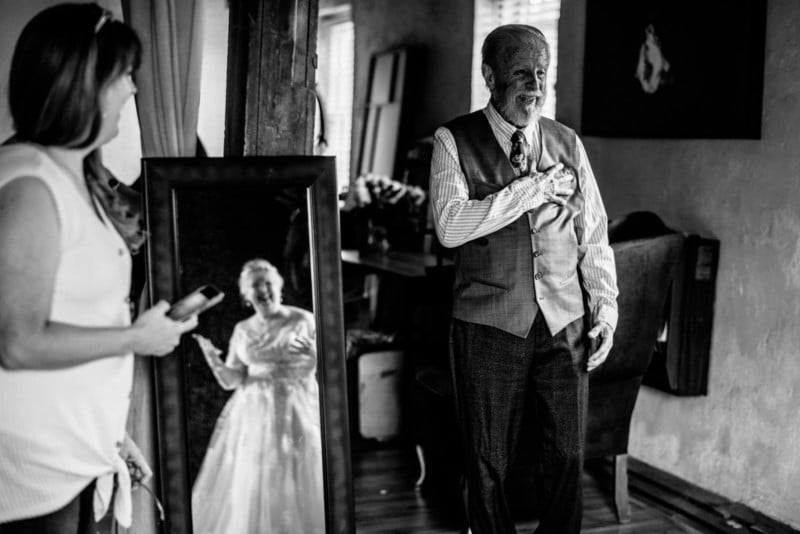 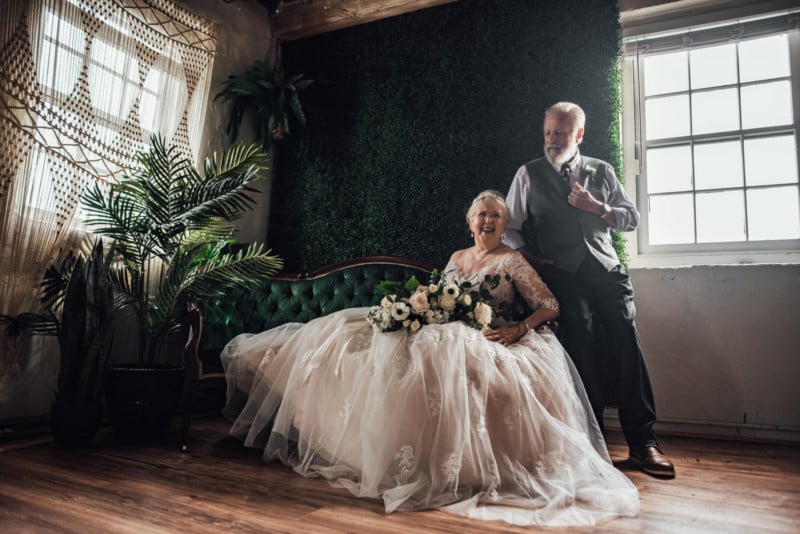 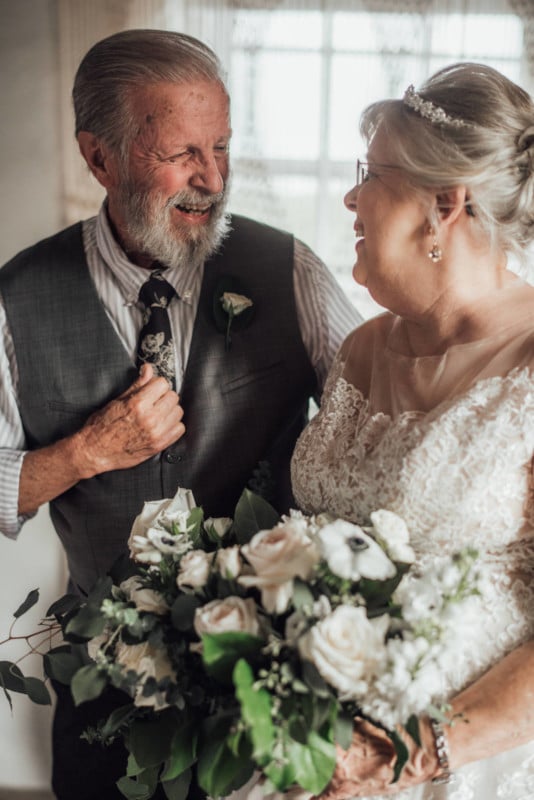 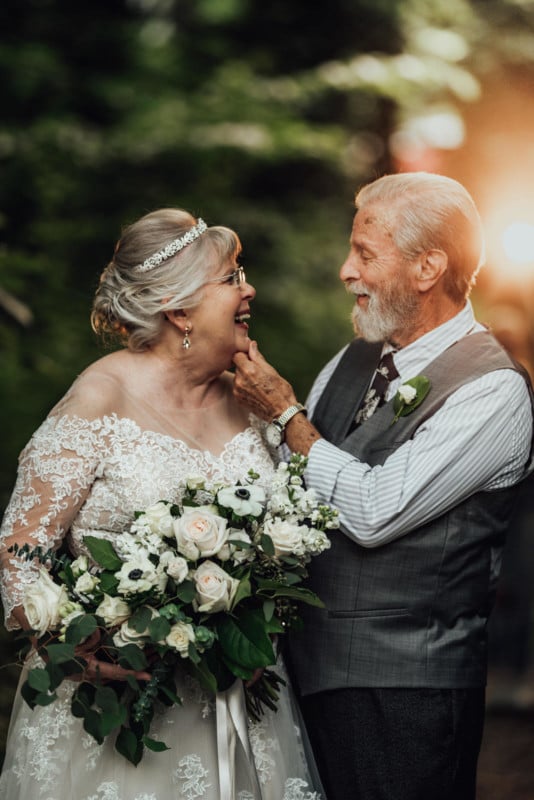 “Almost the entirety of the shoot consisted of Granddad cracking jokes,” Lydick says, “which would in turn cause Grandmom to break out in laughter. She would usually return with a coy comment as Grandad gave her a kiss on the cheek!” 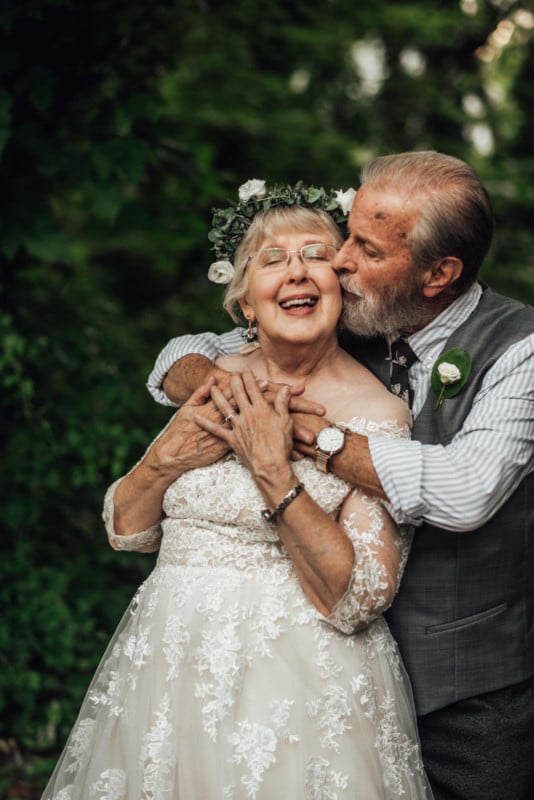 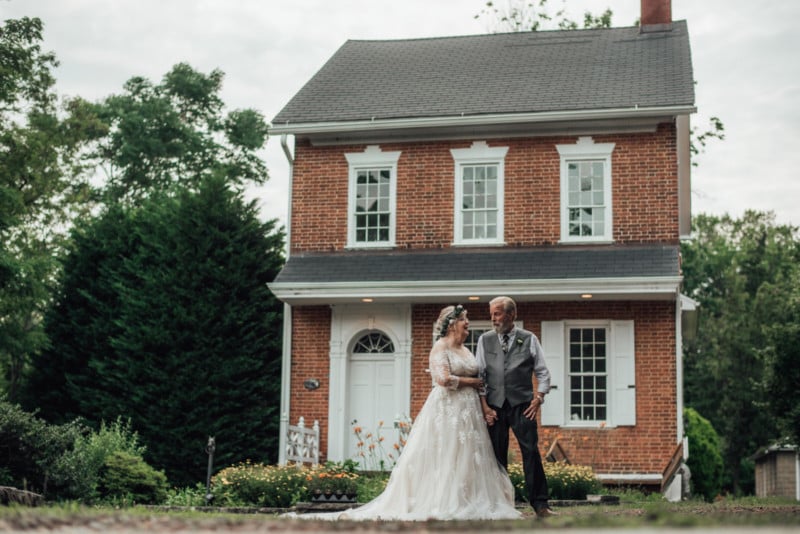 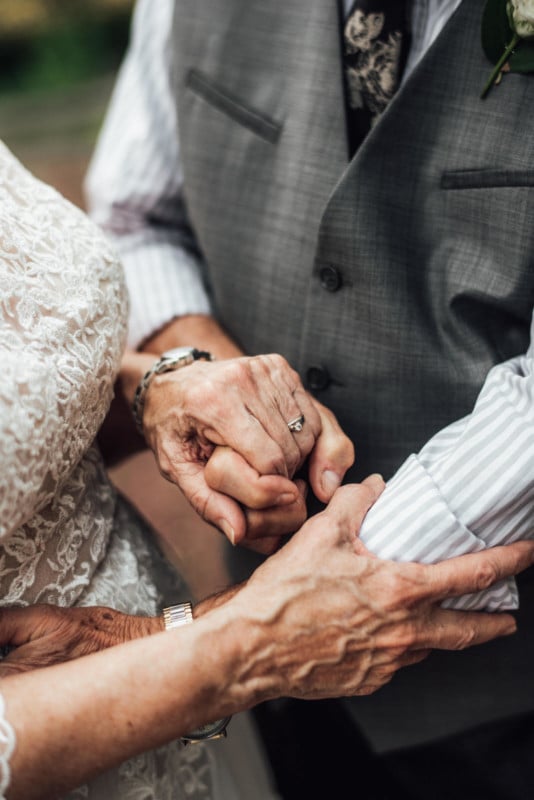 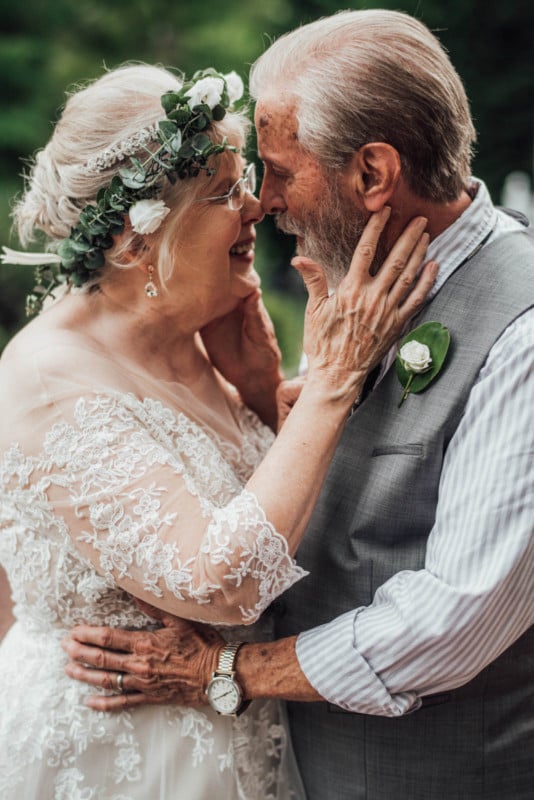 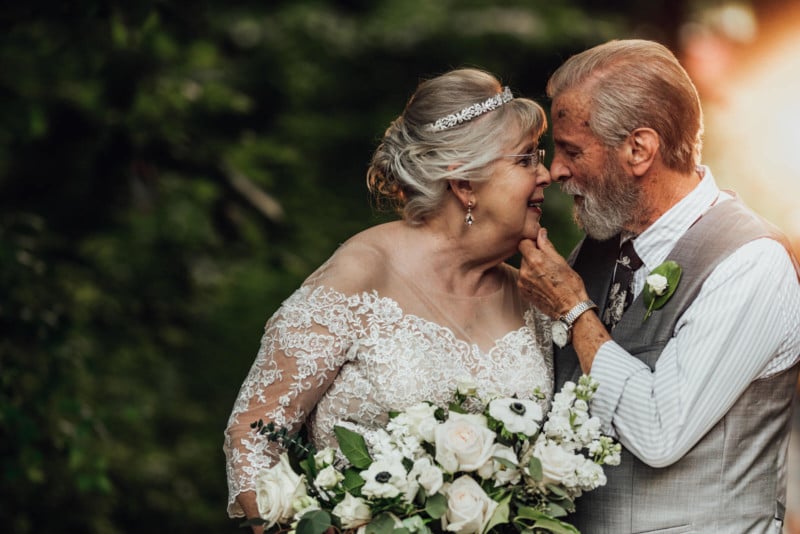 Lydick asked her grandparents if they had any advice for young married couples, and they shared three tips that have helped their marriage last six decades:

(via Abigail Lydick via HuffPost Life)