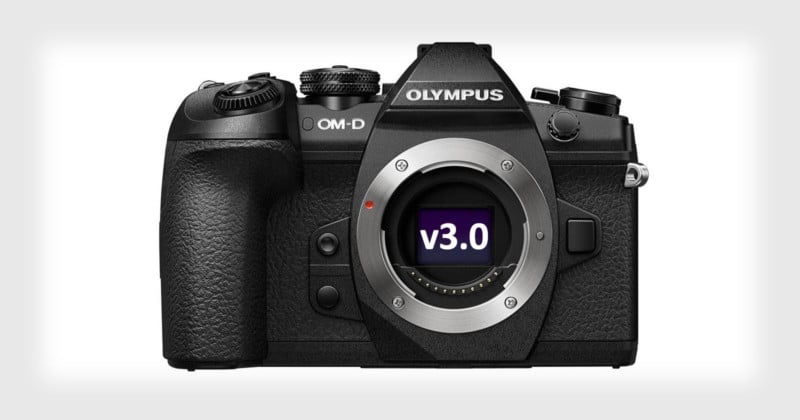 Olympus has announced firmware version 3.0 for the E-M1 Mark II mirrorless camera (which was announced in 2016). The update improves the camera’s autofocus and image quality to be on par with the new E-M1X announced in January 2019.

The E-M1 Mark II and E-M1X are the two professional bodies in the OM-D series, and Olympus is bringing the three-year-old camera up to speed to compete with rivals in the increasingly crowded mirrorless camera market.

With firmware v3.0, the E-M1 Mark II’s autofocus system uses the same algorithm as the E-M1X, “which was developed based on the shooting needs of the professional photographer,” Olympus says.

The camera will also actively use data from the On-chip Phase Detection AF sensor for better AF performance while shooting video with the camera.

In addition to increased speed, there are also a number of new autofocus features added to the camera:

“Group 25-point has been added to AF Target, and is effective for photographing birds and other small subjects,” Olympus says. “C-AF Center Priority is now available, and repeatedly autofocuses with priority on the center point in Group 5-point, Group 9-point, and Group 25-point. If AF is not possible in the center point, the peripheral points in the group area assists, which is effective for subjects that move around quickly.

“In addition, C-AF+MF1 is included which allows users to instantly switch to MF by turning the focus ring while in C-AF for fine tuning the focus.”

For low light shooting with an f/1.2 lens, Olympus has dropped the limit down to -6.0 EV (ISO 100 equivalent for S-AF). This improves the cameras focusing abilities while shooting in dark environments and when dealing with low-contrast subjects.

Firmware v3.0 for the OM-D E-M1 Mark II is available as a free download using the Olympus Digital Camera Updater.