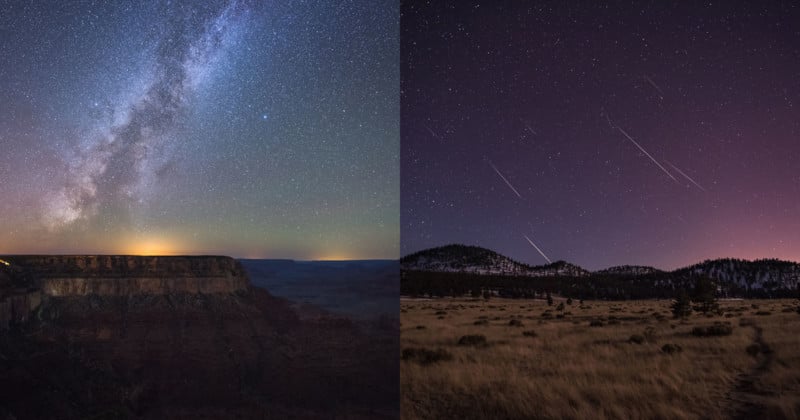 Due to the rapid growth in population, an increasing percentage of the human population lives in cities and suburbs where the night sky is completely obscured by the artificial lights. Skylines littered with lit skyscrapers reach sky high. An endless river of traffic flashing high beams. And the cities are ever-expanding. It is conceivable that most people have lived without having seen the true natural night sky.

Light pollution threatens our planet’s ecosystem by disrupting the light and dark patterns of the natural world. The effects of light pollution are not only on humans but also has a significant impact on wildlife. The impact can be profound if left unchecked. Natural darkness is, of course, renewable! We just have to switch off the lights!

The series of images presented here dwells into the beauty of night sky and emphasizes the importance of preserving darkness by reducing light pollution. The Orion Nebula is one of the most captivating objects in the dark sky. The Orion Nebula spans about 40 light years and is located about 1,500 light-years away in the same spiral arm of our galaxy as the sun. Visible to the naked eye, it appears as soft glow in the Orion constellation. It is mainly composed of young stars, hot gas, and dust. This image was shot from Grand Canyon National park with a total exposure time of 20 minutes. Arguably the best meteor shower of the year. I was fortunate to have clear skies during the peak activity of the Geminid Meteor Shower in Flagstaff, Arizona. The snow-covered Sunset Crater shimmered with the silver light of the moon just when it was 10 degrees above the horizon. And when it got completely dark, the sky was lit up with meteor shower in all directions. It was non-stop. It was incredible!

Night surrounded me as I was traipsing the Devil’s Bridge trail in Sedona. The sound of its name sent shivers down my spine. One look at the sky, all the devilish thoughts abated. Soundless dark and silhouettes of bluffs and cliffs against the star-drenched-sky. Mars came peeping through the
Capitol Butte and Jupiter shone like a diamond in the eastern edge of the sky. Most magnificent of it all was the glorious arch of the Milky Way. 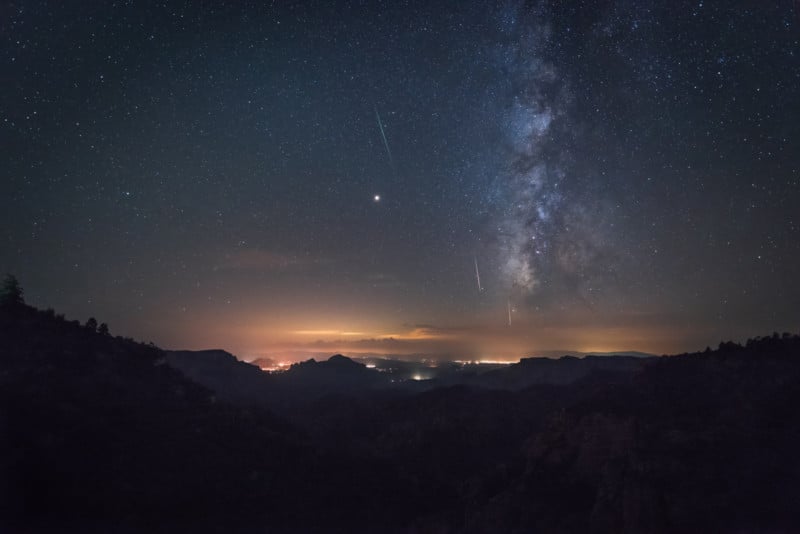 Go to Flagstaff and you will feel like you’re in heaven, they said. It was so true after all. Standing on a cliff at the near edge of the world, in the heart of Coconino national forest surrounded by pine trees, watching the Perseid meteor shower was something I will remember the rest of my life. The night
was long and dark, with occasional shooting stars traversing the night sky burning and blazing in green. View of the world like no other!

They say Arizona is a paradise for astrophotographers. Flying high on the wings of anticipation, I have never been this sanguine about photographing the Milky Way. It’s like a muse for me… a Musa Galactica, if one were to call it that. At Sedona, I was spellbound at the spectacular sight of the Sky River rising in between Courthouse Butte and Bell Rock. All the stars suddenly appeared closer than ever before. It was like meeting a long due dream. 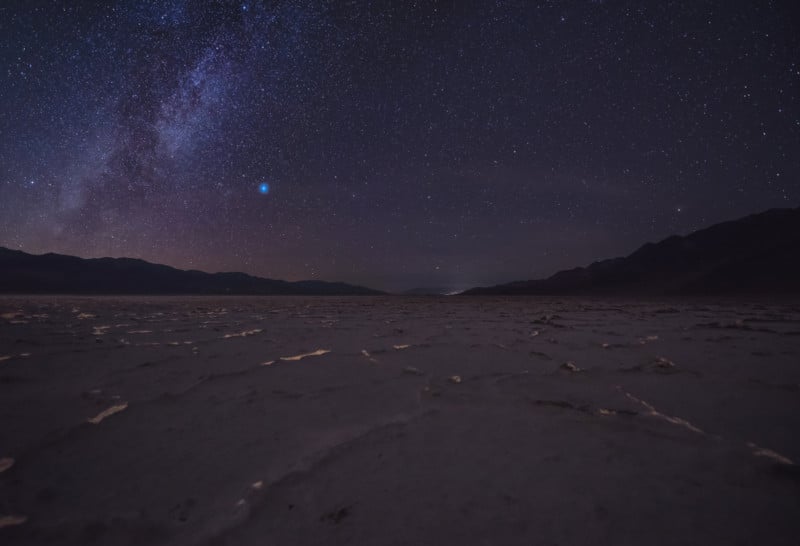 Just after sunset, darkness crept over the Death Valley national park and I found myself yet again in the vast wilderness. I had a few hours of complete darkness to experiment something new before the night sky gets washed away with moonlight. I photographed, I laughed, I stretched my arms wide open and embraced the night sky. I am now convinced that Death Valley is a creative madhouse.

This Way to Paradise 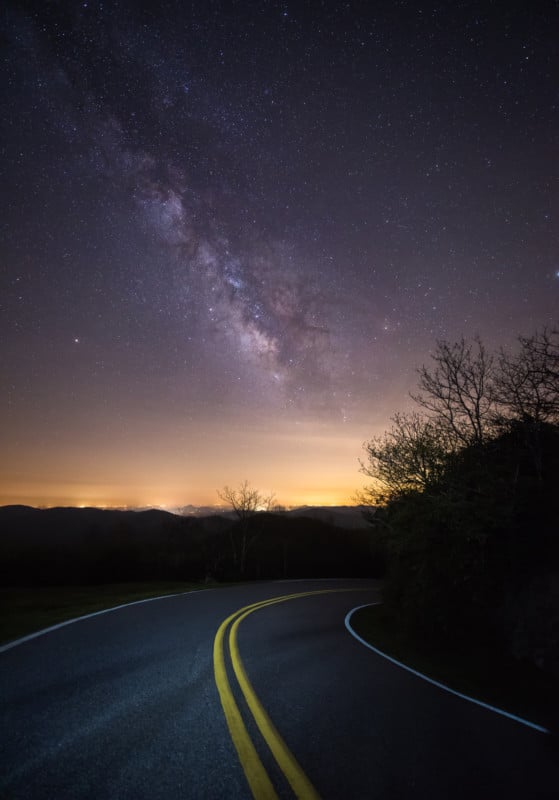 I always found Brasstown Bald in North Georgia as the land of enchantment. In the morning hours, dense fog floats over the rolling blue ridge mountains and in the dark, spiral band of the milky way ensemble into what appears like an eye of Agamotto and you fall into a magical land of stars. This was shot on the way downhill from Brasstown Bald, a road known to many but stopped at by few to look where else it could lead! 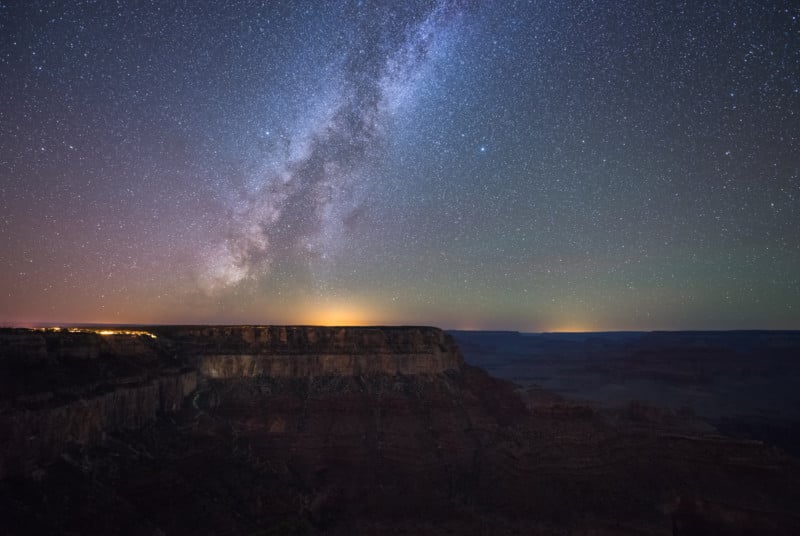 On a fine summer evening, I walked the trails along the southern rim of Grand Canyon. Sun stood still for several hours and went down below the horizon casting orange hues. I stood there for hours embracing the glory of Grand Canyon, something so unparalleled among the wonders of the natural world. Then came the darkness and the lights from the million stars adorned the rocks of the carved earth. I was awestruck! It was a full moon and everything down the monument valley was bathed in magical silver light. As the moon sunk below the horizon, shadows crept upon the landscape making distinct patterns of the buttes on the ground. Stars were all alight when the moon made the final descent. I watched in awe from the comfort of my tent as the shadows and highlights played hide and seek with occasional meteor showers of the Leonids burst across the night sky. 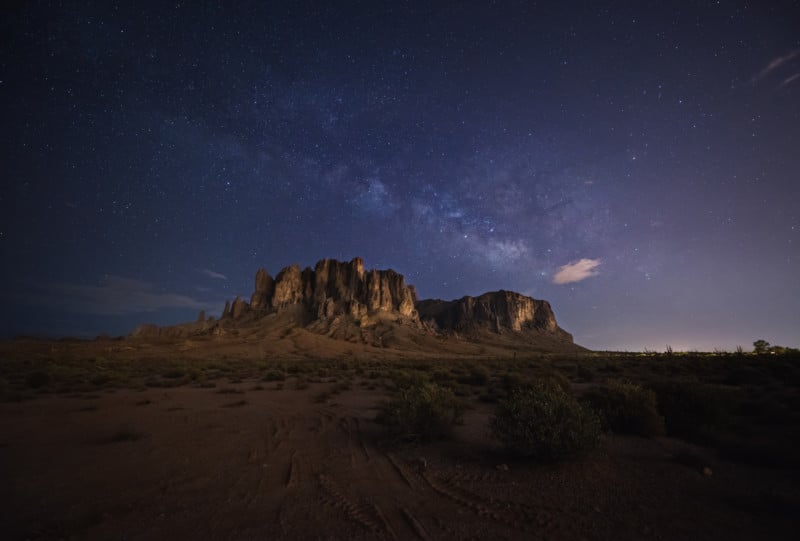 Silence gathered in the deep abyss of the Superstition mountain in Mesa – Arizona, as the last of the sunlight began to fade away. Milky way hid behind the rock, as the night started to get darker and quieter. Few hours into the night, milky-way emerged in colors more bright and brilliant with luminous stars against the blue velvet. The graceful arch of the milky way was as glorious as you’d imagine. The mountains were suddenly lit by the eternal spark! Milky Way season is the best time of the year. At night, Earth will be facing the center of the Milky Way galaxy and is ideally visible from early April to late September. You can see the Milky Way with the naked eye, on a clear, moonless night in an area with little to no light pollution. The galactic core lies in the direction of constellation Sagittarius and it appears as the brightest part of the Milky Way.

Journey Into the Night There’s something humbling about Mogollon Rim in Payson, Arizona that keeps me from going back for more. The other night, I was driving along the edge of the rim until last I came across a wide clearing. I strolled through the trees and made it to the top of the cliff overlooking a pine forest. Milky way streaked across the sky and hundreds of purposeful travelers wandered through the streets of the village.

Milky Way in Shades of Midnight Fort mountain state park, one of the most scenic places in Chattahoochee national forest in Georgia. It is always thrilling to drive up north on the serpentine mountain roads at dark. In search of light and silence. The night on the scenic highway was unlike any other night. I was standing on the edge of the road, enjoying the spectacular view of our galaxy. 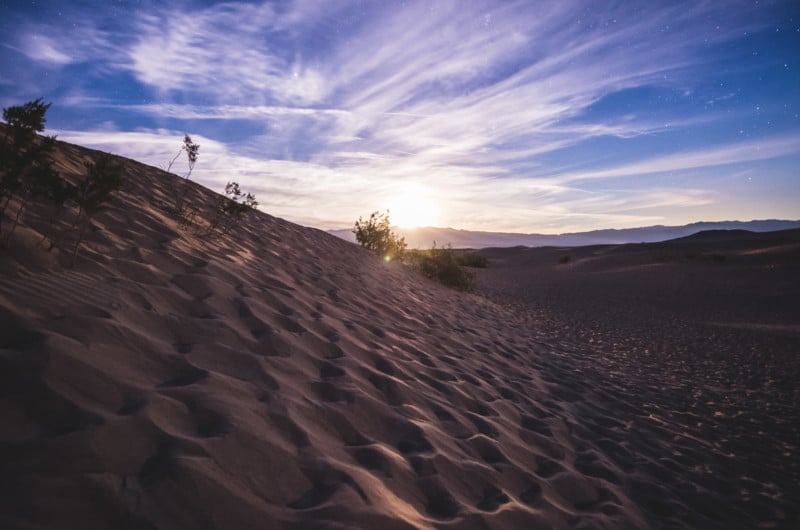 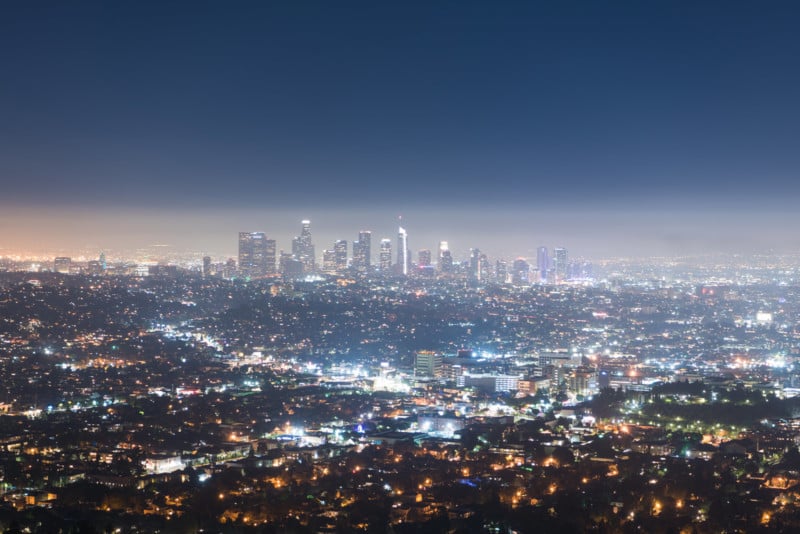 Stars are above ground but the city of Los Angels is so drenched in bright lights that it emits an intense sky glow also known as the bright halo that appears over the urban areas at night due to light pollution. Los Angeles ranks 5th for U.S. cities with the highest percentage of people sleeping less than 7 hours a night. The impact of light pollution is far beyond than just astronomy.

About the author: Prashant Naik is a photographer and information technology professional based in Scottsdale, Arizona. The opinions expressed in this article are solely those of the author. You can find more of Naik’s work on his website, Facebook, Twitter, and Instagram.