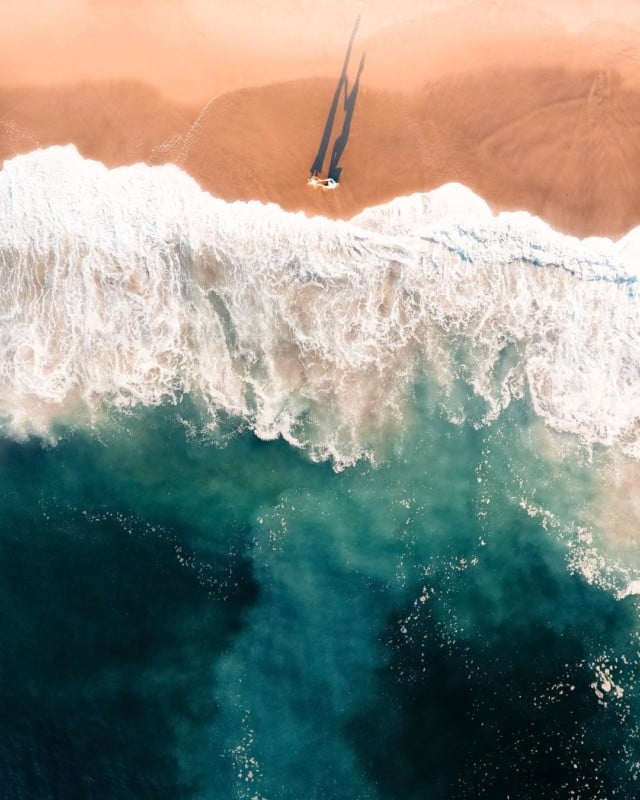 When two of his good friends got engaged, photographer Mike Soulopulos flew his drone above them and got this creative proposal photo that captures the couple in a romantic shadow.

“There was no scouting or planning involved with this photo,” Soulopulos tells PetaPixel. “I just had a shot drawn out in my head and went for it.”

When the sun is right, all you need to do is properly position your subjects for optimal shadows.

“The sun was quickly setting, creeping closer and closer to the fog wall that was rolling in from off the coast, so I knew that I had to take the photo quick, before the long shadows faded away,” the Long Beach-based photographer says. “I quickly positioned them about 4 feet apart, so that their shadows wouldn’t overlap, causing confusion, and turned them so that they were perfectly perpendicular to the angle of the setting sun so that their shadows were straight, long, and easy to see from above.”

Here’s a closer look at the shadow in the photo: 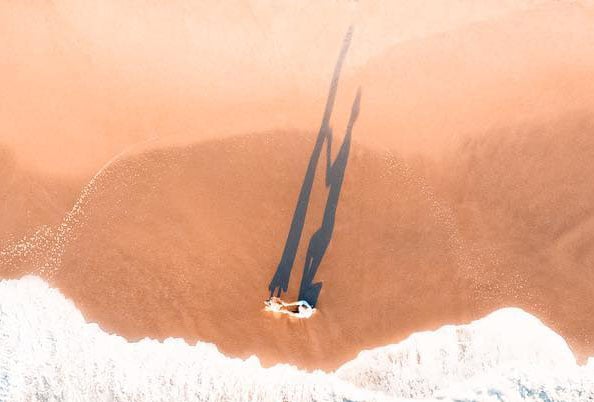 “The rest was easy,” Soulopulos says. “I snapped a few photos, and edited the photo with a lot of contrast and a slight Gaussian blur on the image to give it a dreamy, magical look that the couple could cherish as a magical time in their life.”

This Clever Timelapse Blends Seasons in Central Park Into One Frame