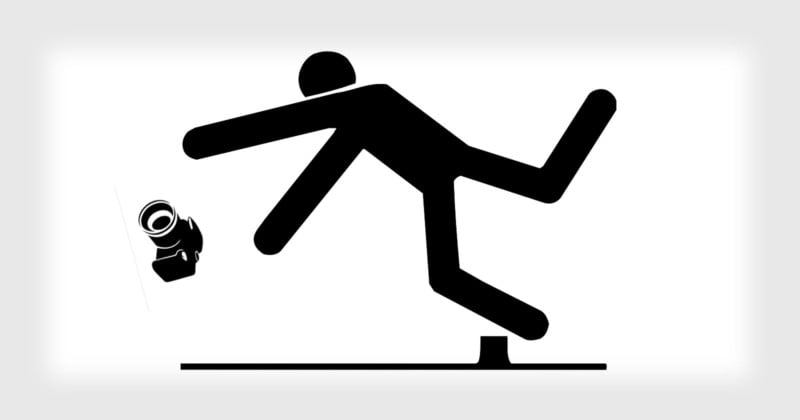 In a world where everyone gets a trophy just for participating, I feel the need to point something out. You probably already know this, but l’m gonna say it anyway: You will fail.

Because even though you are unique and wonderfully made, you are human. And humans, well, we fail. You are not exempt from this. You are special, yes, but not so special that somehow failure does not apply to you. You are not some sort of Anti-Failure Diva, and I don’t care how you make it look on social media. You, too, will fail, over and over again. Because despite your best intentions and post-it note reminders and self-help books and following a whole host of podcasts and social media sites run by people who make a living acting as though their poop don’t stink, you will still fail.

But here’s the thing about failure that we don’t always consider…it can be great. Because, if we let it, failure teaches us what success doesn’t, what success never could. It opens our eyes; it teaches humility and grace. It gives us a new path and often a new attitude going forward.

And what’s more, EVERYONE fails. Not everyone tells you they fail, but everyone does. EVERYONE. So if today you are beating yourself up for some bonehead move that you wish you could take back, let me give you a virtual hug, a virtual puppy to hold, a virtual glass of wine to drink while I share with you the following

Here are 4 failure truths (I have way more, but I’m already long-winded enough, so we’re sticking with four):

1. Failure is not the same as defeat

Well, that’s not always true; it is synonymous with defeat, but ONLY if you let it be. Failure is simply a lesson. You did a thing and that thing didn’t work out. Don’t do that thing again. It’s really quite simple. It doesn’t mean the sky is falling or you should just cash it in and join the circus. It just means the thing you tried didn’t work.

It means you need to find another way or try another path or technique. It means you can check this off your list of “Things I’ve Tried that Didn’t Work” and move on to what DOES work. As Thomas Edison said, “I have not failed. I’ve just found 10,000 ways that won’t work.” I usually apply that Edison-ism to dieting.

You did a thing and failed and it hurts. Boy, does it hurt. It’s a lemon juice in a paper cut kind of hurt. It just keeps stinging. It hurts your heart, yes, but mostly your pride because failure is embarrassing, which is the reason nobody likes to admit it. Failure is a sucker-punch to the gut.

And you go to bed, tears in your eyes, ‘cause you screwed up in a big way. But here’s the glorious thing about going to bed—when you wake up, it’s a new day. In fact, I sort of think that’s why God made a day only 24 hours. He could have made a day a week or a month but no, it’s 24 hours from sunrise to sunrise. I think He realized that these wonderfully flawed humans are going to need those sunrises to remind them that a new day is dawning.

And every new day is a do-over. A chance to wipe the slate clean and begin again. Sure, you can carry that failure with you from sunrise to sunrise, but why would you want to when you get a “Sunrise Do-Over?” Don’t be dumb.

This is the quote I tell myself more than any other. I use it in good times and bad because when we are riding high it’s easy to convince ourselves that we will always be riding high and when we are dropped from that cloud we’ve been riding on and hard times hit, it’s easy to convince ourselves that things will never be good again. But now is just now; it’s not always. Appreciate the good times because they don’t last. On the flip side, don’t freak out over the failures, because they don’t last, either. Life finds balance. Remind yourself of this.

4. Only by risking failure and you succeed

Any task worth undertaking comes with a risk of failure; a risk of embarrassment, a risk of looking stupid or having to apologize. But the other option is to sit quietly, not ever trying. And trust me, a lot of folks do just that.

The perceived “fear of failure” is greater than the joy of success, so they never venture out of their corner. They live a vanilla life. All the flavors in that ice cream section and they choose vanilla. Listen, people, a vanilla life is no life. You’ve got to get out there and be a Rocky Road or a Jamoca Almond Fudge or a Mint Chocolate Chip. Or if you still insist on vanilla, throw some hot fudge, whipped cream, and sprinkles on it. You are so much more than just vanilla.

Yes, my friends, you WILL fail because everyone fails. Know this. Accept this.

But if you allow failure to teach you, you will rise again, every time. Smarter. Humbler. And unafraid to fail again.

Note: This post was supposed to be only half as long. I totally failed. Whatever.

About the author: Missy Mwac is a photography satirist, a lover of bacon, a drinker of vodka, a lover of sparkle, and a guide through the murky waters of professional photography. The opinions expressed in this article are solely those of the author. You can connect with her on her website, Tumblr, and Facebook. This article was also published here.

This Photo Was Shot with a Real $2M Lamborghini Taken Apart