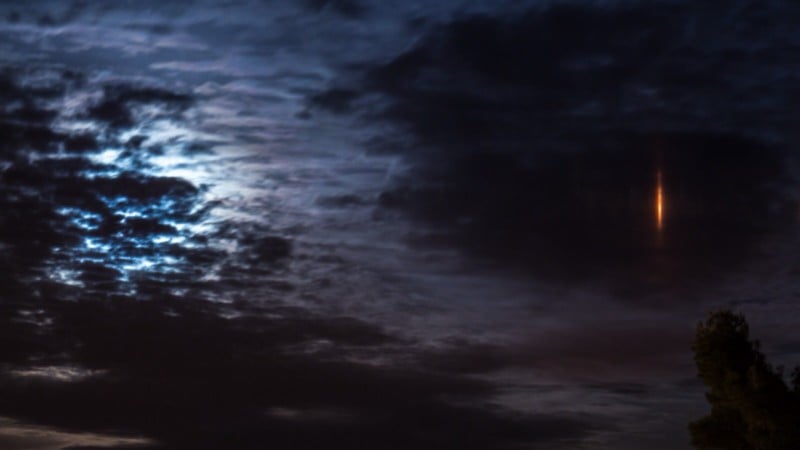 Roughly two years ago, I bought my first decent DSLR camera. I was overprotective, cleaning every bit of dust I could see and adding extra padding in my bag to avoid any possible accidents whenever I carried it around.

After being in photography for a while and going through every single tutorial I could lay my hands upon, I discovered the magic of astrophotography.

Astrophotography can be so mesmerizing, and it doesn’t take much to get hooked. After a week of intense research, I knew the fundamentals of what was needed to take a decent nighttime picture.

And that’s what I set out to do. Being in a village for Easter at the time, I didn’t have to worry much about point number one. So I packed everything meticulously and headed off to a nice vantage point on the terrace of a public building with a clear view of the night sky and the village.

Step by step, as a ritual, I started setting everything up trying not to forget any important step. When my setup was ready, I was eager to apply what precious knowledge I had learned, but it was quite dark and I struggled to find a decent composition, so I opted to take a test shot of the sky at first and work my way around it afterward.

So I nervously clicked the shutter of the camera and waited 20 seconds for my first image.

3… 2… 1 and the rear LCD screen flashed in a greyish blue color of the night sky illuminated by the setting moon. I was quite satisfied, I mean I had a somewhat decent image in my first try but when I looked closely at the picture something weird appeared.

An odd red line I had never seen before. It seemed like a digital glitch because it wasn’t that visible with the naked eye, so I tried taking another picture with slightly different settings but the same red vertical line appeared again. I started getting nervous, I didn’t know what I had done wrong. I couldn’t notice it in the dark sky so I must have messed up somehow, or broke my camera.

After resting my eyes a bit and not looking at the bright LCD screen I tried looking at the night sky again to see if something indeed was out there. After a minute and lots of squinting, there it was: a faint red vertical line blinking in the dark cloudy night sky. And after looking even closer, a few more were visible in the sides parallel to the big one. So I took another picture this time zoomed in. 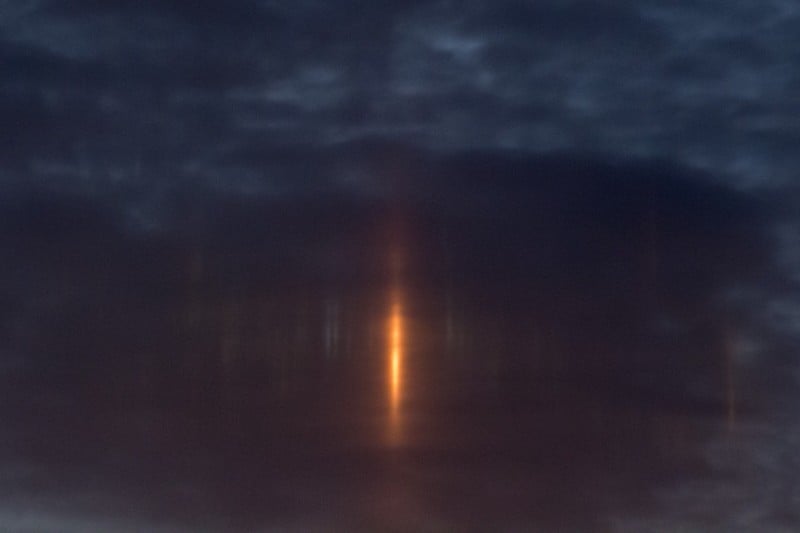 At first I was satisfied that there was no issue with my camera but on the other hand It was a bit frightening, to say the least — all these stories and movies suddenly came to mind and being completely alone on a rooftop in the middle of the night with no signal on your phone doesn’t quite help to think rationally.

After I calmed down and all those thoughts were eliminated I tried to rationalize the problem and solve it. Just as I would do with any other given problem I encounter. Break it down to simpler problems.

The possibility of it being a digital malfunction was excluded so it was something that was occurring in front of me. Which led me to think that it was either something physical like a meteorite, an iridium flare, a distant airplane/satellite, or an illusion. But all of the above have a clear beginning and end, you can see them evaporating, shining, or moving. What I was seeing was there constantly, hovering in the night sky…

So I thought of taking multiple exposures of the same scene (with slightly boosted exposure to gain more information) to see if there was any movement whatsoever. And after playing back the images in rapid succession…

The clouds were moving but the weird red lines were intact they were at exactly the same spot.

So as a final deduction I thought of moving slightly to get a different angle of the phenomena but the glowing lines were at the same position as I was. That was the final deduction that made me 100% that what I was looking was, indeed an optical illusion.

I didn’t know if it was common or rare. I just enjoyed the remaining moments and was satisfied that I had some evidence so I could share it with others.

The excitement of heading home and finding out exactly what it was in combination with the cold made me leave a few moments later. I headed back home and after a few minutes of research, I found exactly the name of the phenomena I had just witnessed: it’s called light pillar.

The above for me was an eye-opening experience, especially while taking my first steps in a completely new field. I learned not to panic, break down the problem with what knowledge I already had, evaluate calmly the facts and test case different scenarios. And later, in the comfort of your home, you can throw yourself into research and actually discover something you never knew existed.

About the author: Serafeim Zormpas is a photographer, filmmaker, computer engineering student, and trainee at the European Astronaut Centre. The opinions expressed in this article are solely those of the author. You can find more of Zormpas’ work on his Instagram. This article was also published here.

Camera Not Tethering to Capture One? Cloud File Syncing May Be to Blame