The tips come from years of my own experiences. I always try to create photos that are different from the masses of images out there. I’d say that the knowledge I’ve accumulated has definitely helped. And, I think that these tips will help you too.

#1. Allow yourself to be naive 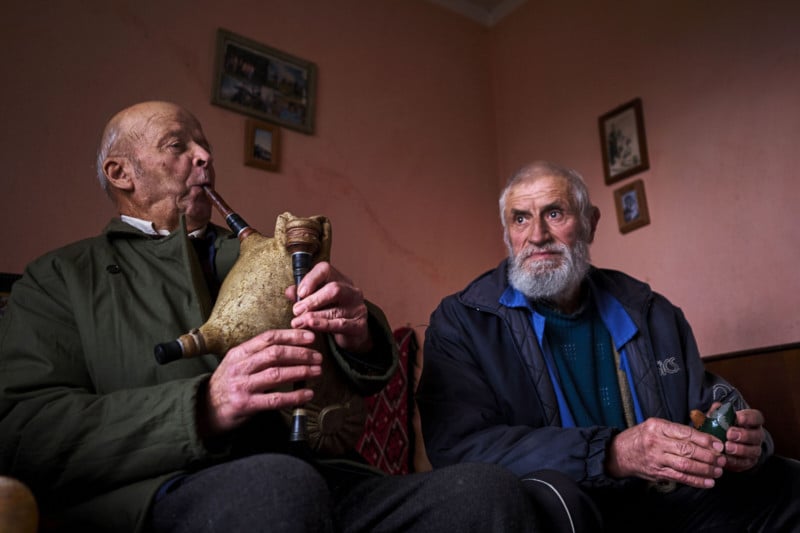 This tip applies in particular to people photography. Overthinking, overanalyzing often leads us to not take any action. Getting yourself into an almost childlike, naive state of mind can be much more productive.

So much of my early work was made because I approached my photographic process this way. It is a bit harder to be naive after all the years I’ve been shooting, but sometimes I purposely forget everything and get myself into this state of mind. I don’t always get ideal results, but at least I give myself a chance to create something.

#2. The main “event” is often not the main thing photographically 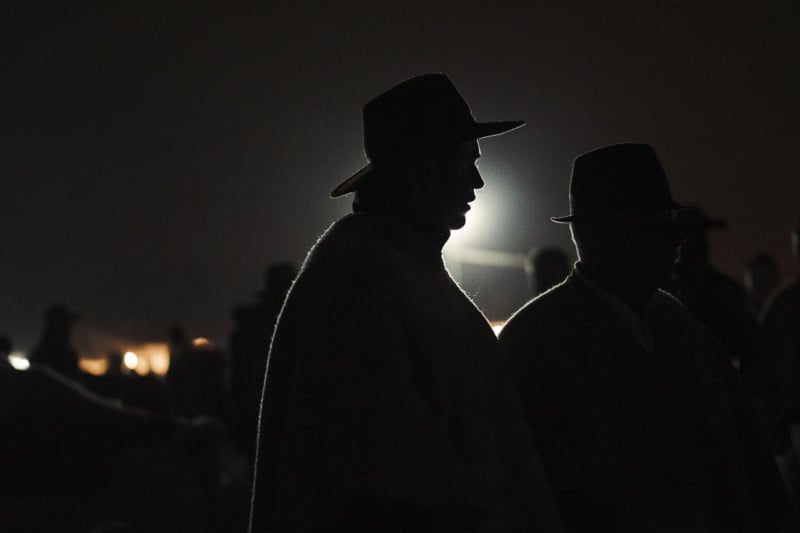 The main event can be a festival, a special event, a sports match, even a market day. Sometimes these main events are amazing, but other times shooting “around” them makes for much more interesting and engaging photos. This photo is just one example. It was taken at 4 am — way before a cattle market day in Colombia officially started. The image was much more interesting than the photos I took later on when it got crowded and chaotic. 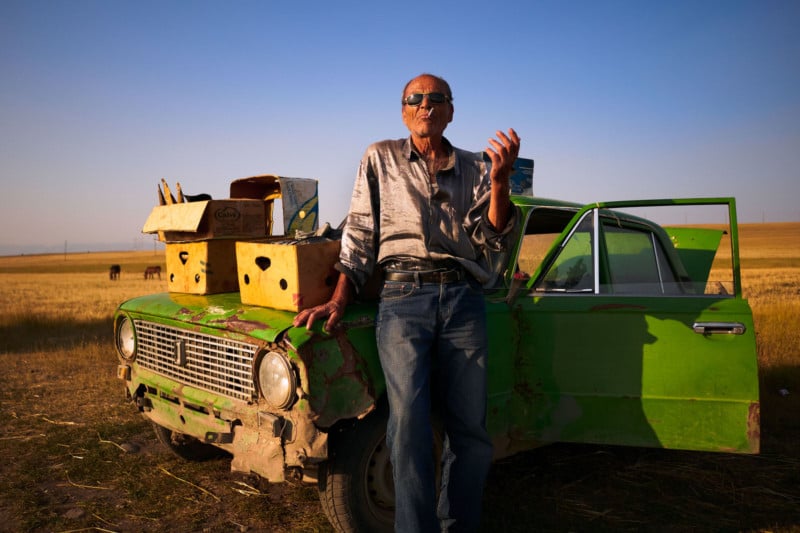 I’m sure I’m not the only one who finds myself saying “That’s a great scene, but I’m just too tired, or I’m in a rush. I’ll shoot something like this next time.” There usually isn’t a next time.

I photographed this roadside fish-seller in Armenia one evening. I saw the scene while driving – the vibrant colors caused by setting sun, his car and of course he was visually interesting. I took advantage of the opportunity right there and then. I passed the same place a few times over the next few weeks and the opportunity was no longer there.

#4. When the weather is bad, run for the camera 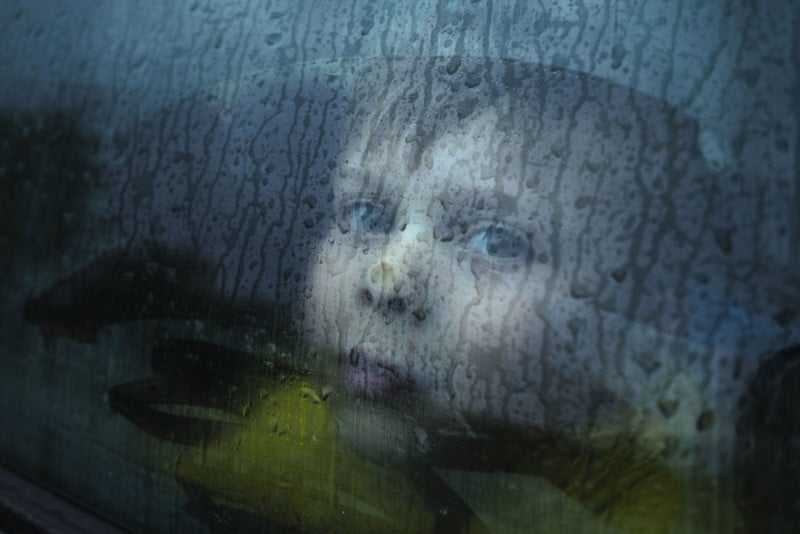 Usually, when we think travel photography we don’t imagine dark, cloudy skies. Grey, wet scenes. Sudden snowfall along the road you’re traveling. Or, really thick fog that envelops the entire landscape. However, these situations can provide some great photo opportunities which aren’t your typical post-card snaps. You might need to get a camera case or shoot from inside and behind a window if it’s raining hard, but the results can be well worth it. 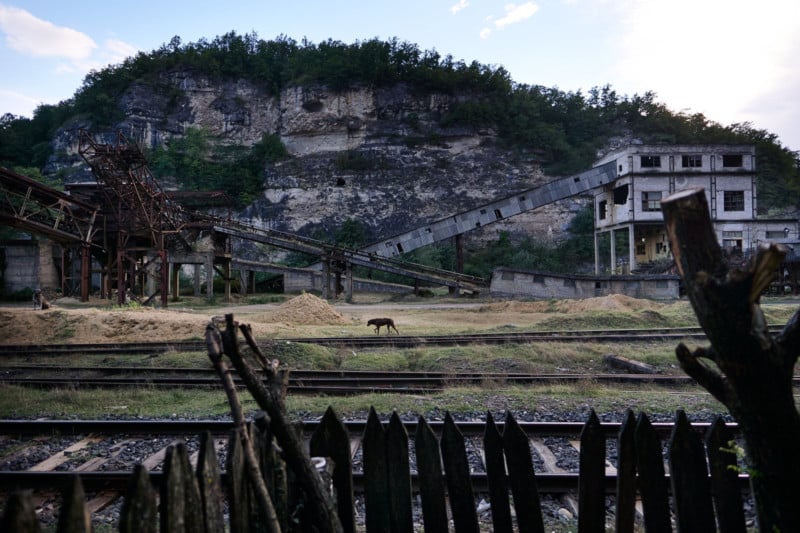 I was born and grew up in the USSR. I came to really hate soviet architecture, especially the high-rise apartment blocks in which I lived. Recently I’ve been exploring Georgia and Armenia – also former USSR republics. Soviet architecture is everywhere. I’ve decided to embrace the ugliness and just to photograph it for what it is. No, it’s not beautiful, but it provides an insight into a particular world, into a different reality. I’ve applied this philosophy to other cases too and I no longer only look to photograph what’s ideal and beautiful.

#6. Be skeptical about local advice on places to go to

I used to listen to advice from locals almost religiously. Over the years I’ve learned that a place that might feel amazing and have significance to a person who lives next to it, isn’t necessarily anything worthwhile for a traveling photographer. I’ve found that it’s rarely worth changing plans to follow local advice. The exception is when a local recommends some famous place that you probably came to visit anyway.

#7. Aim to have the action on your doorstep 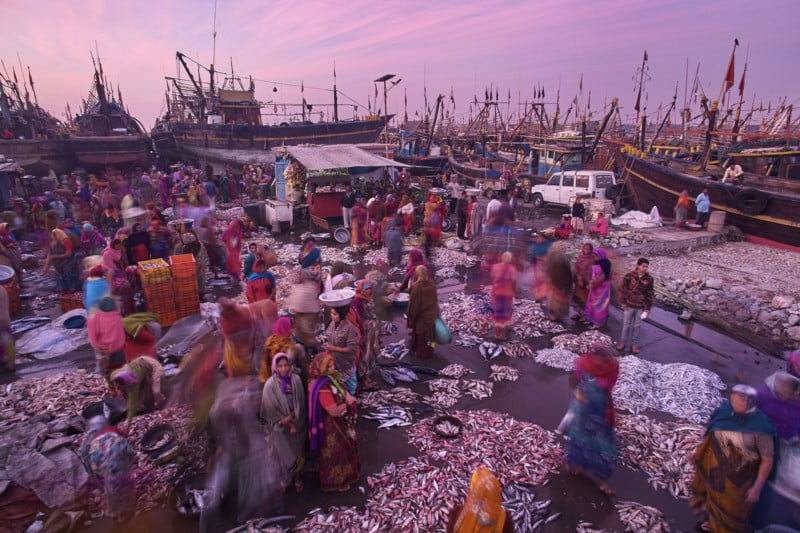 By action, I mean whatever you came to photograph. Street life in a city. Ceremonies in a church or a temple. Whatever it is, you want to be close to it. The photo I’ve included was taken at a fish market in Diu, India. I stayed right next to it and was easily able to shoot early every morning when the place was buzzing with energy.

Having the action even a bus or a taxi ride away can change things dramatically. There are countless times that I remember not bothering to go out to shoot again because I dreaded the traffic, or a really long walk, or I had to wake up way too early to be where I needed to be. Even if it means that you’re paying more and your room is not as good as a place further away, it’s worth being right amidst the action!

That’s it. Check out the video for many more examples and more in-depth explanations of the tips. If you like this sort of stuff, subscribe to my YouTube channel. I have more educational travel/documentary photography videos.

About the author: Mitchell Kanashkevich is a travel photographer and Panasonic LUMIX Ambassador. The opinions expressed in this article are solely those of the author. You can find more of Kanashkevich’s work on his website, YouTube, Facebook, and Instagram.

Canon: An 8K EOS R Camera is On the Way

Photos of the Tangled Mossy Trees in a Foggy English Wood