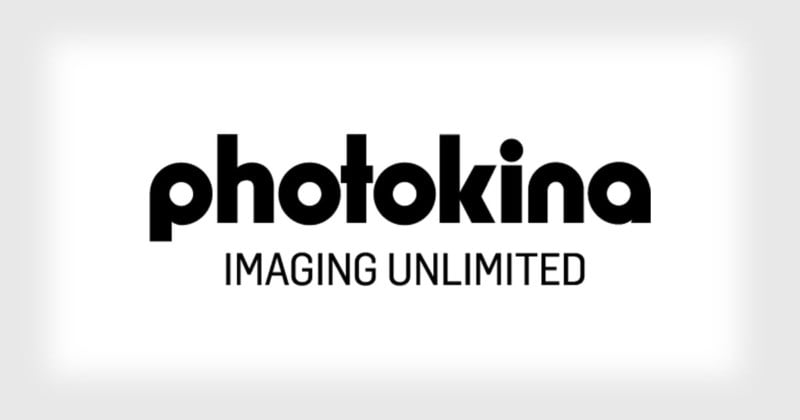 Photokina announced in 2017 that starting in 2018, the previously biennial photography trade fair — the largest in the world — would become an annual event. The event is also moving from September to May. Since May 2019 is only just over 7 months after the latest show in September 2018, the organizers have decided to cancel the 2019 show and start the new schedule in 2020.

The cancellation was announced on the Photokina homepage and in a press release. 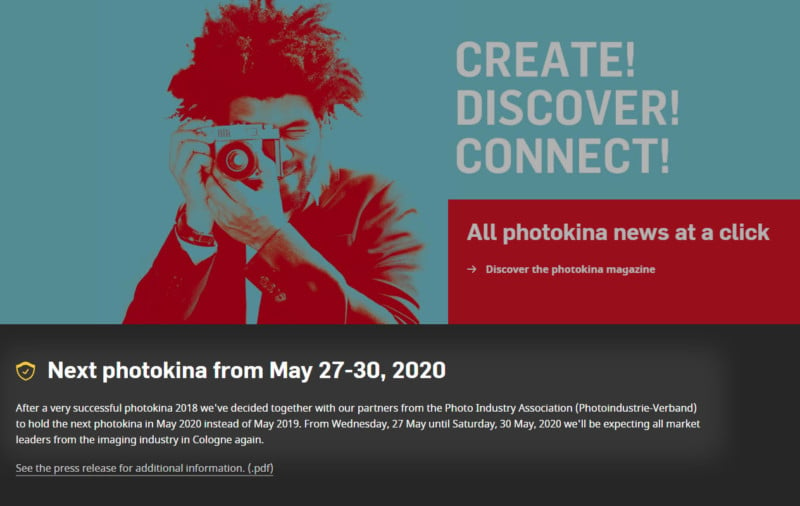 “The decision to postpone the start of the announced annual cycle by one year is intended to give all participants the opportunity to further develop the new concept for photokina and to tap into new target groups among exhibitors and visitors in order to heighten the status of the trade fair as a global platform for the photography and imaging industry,” the announcement reads.

Photokina 2018 “exceeded expectations” with 180,000 visitors from 127 countries, the organizers say, noting that this has led them to “set the bar very high for the next event.”

“It is therefore unlikely that, in May 2019 after just over seven months, we will once again be able to create the same enthusiastic atmosphere that characterized photokina 2018,” says German Photo Industry Association (Photokina’s conceptual sponsor) CEO Rainer Führes. “This is why we have decided to start the planned annual cycle in 2020.”

After its first show in Cologne, Germany, back in 1950, the biennial Photokina had established itself as the premier photography and imaging trade fair in the world. The top camera brands often schedule their latest product announcements shortly before or during the show in order to maximize impact and reach.

It remains to be seen whether the new annual show will continue to attract as much hype and interest on a per-show basis, and whether Photokina will be able to maintain its stature within the industry.

“Photokina 2018 in September was the last of its kind,” writes Fuji Rumors. “Photokina will become more of a smaller regional show. And while in the past Fujifilm (and other companies) organized big launches in proximity to Photokina, it won’t be like this anymore in future.

“It was fantastic, because of the sheer magnitude of the event. Everybody with rank and name was there, and all the latest and greatest gear was launched at photokina. This magnitude will inevitably go lost now.”