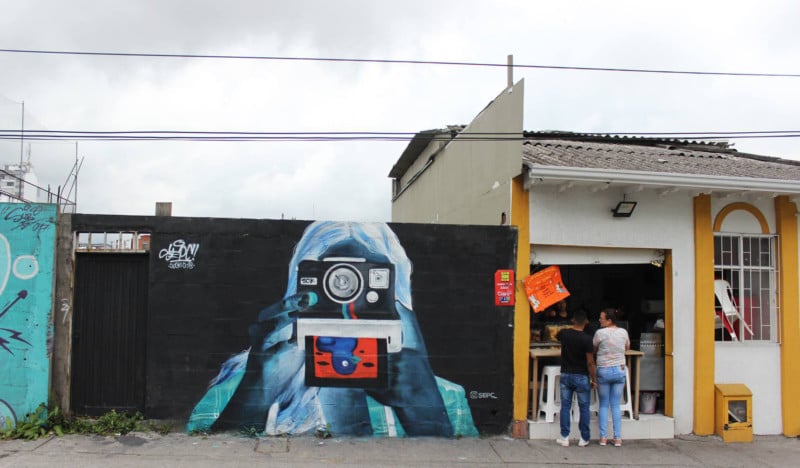 Colombian graffit artist Sepc recently created an mural showing a woman snapping a Polaroid picture. But it’s unusual in that it’s a negative: you can see the normal “positive” version by snapping a photo of the mural and then inverting it.

Here’s what the mural above looks like when you invert the photo: 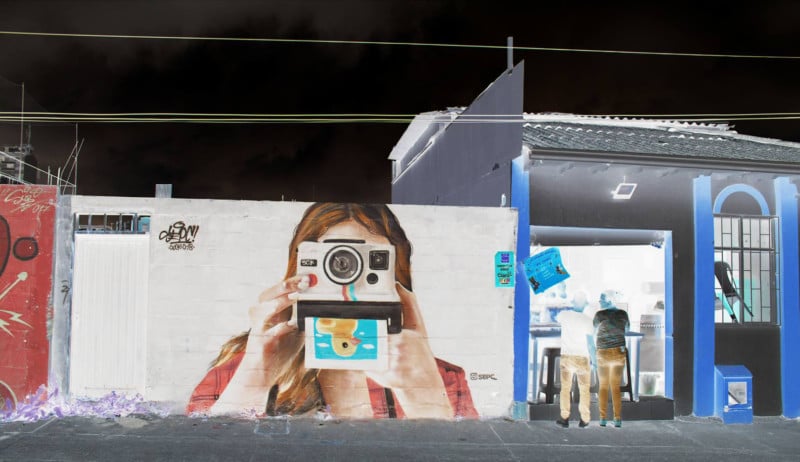 The idea came about as a technical challenge, Sepc tells PetaPixel. He combined the creative idea with the technique for making it happen.

“I think that in the world of urban art, it’s not enough to be good,” says Sepc, who’s based in the city of Manizales. “I am constantly reinventing myself and the curiosity to explore and discover new ideas is something that I focus my work on.”

This isn’t the first time he has created negative murals. Here are a couple of other examples of previous works using the same technique: 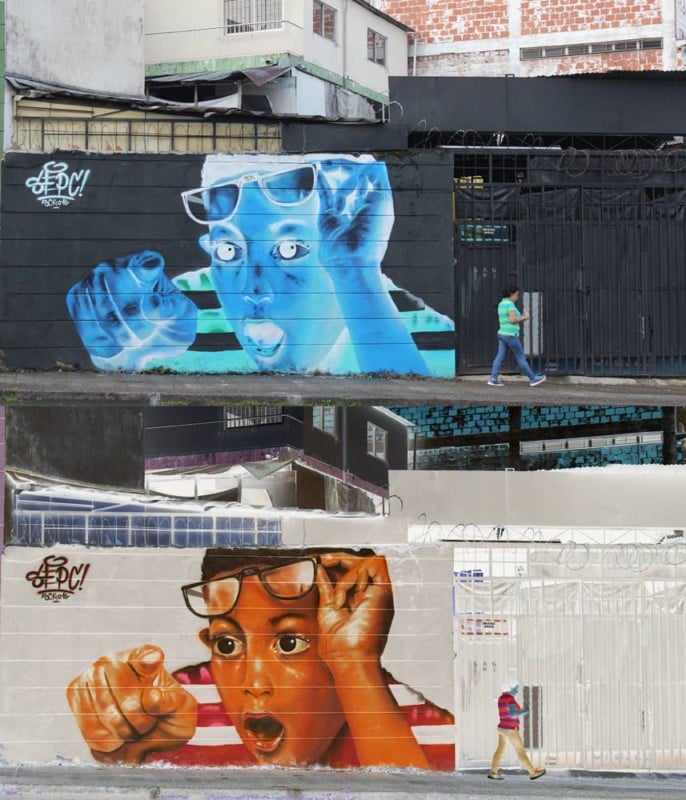 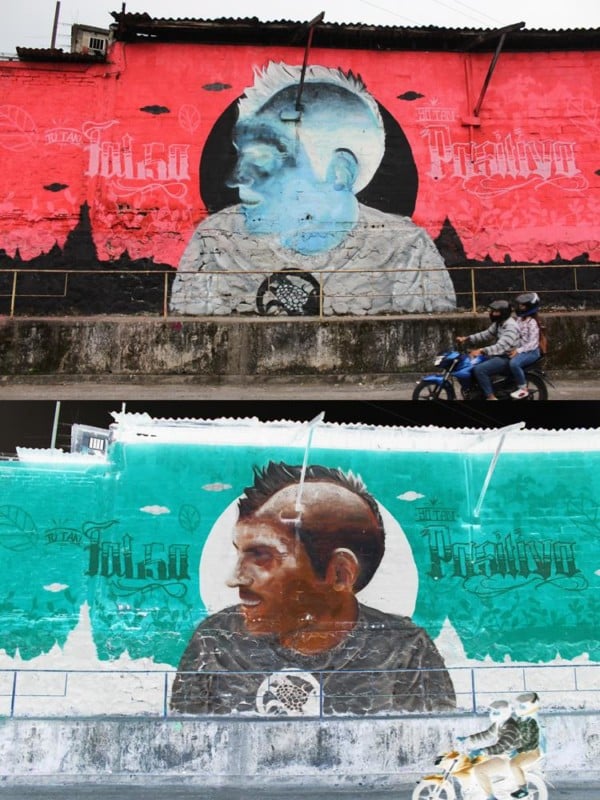 Sepc creates the mural by making a sketch and using vinyl paint to create the initial background layer of volume and colors. He then adds in his detail using spray paint.

“Each color has an adjacent or complementary color that is the inverse color of the other,” Sepc says. “I want the viewer to capture a photo and to ‘reveal’ the image — this creates another kind of experience with urban art.”

Image credits: Photographs by Sepc and used with permission

Lessons From Loupedeck on Making It in the Photo Industry