At the ongoing Adobe MAX 2018 conference, Adobe is showing off some sneak peeks of features being developed for the Creative Cloud. One of them is MovingStills, which lets you add realistic camera moves to any still photograph, bringing it to life.


The idea is to use artificial intelligence to intelligently create parallax based on what’s found in a photo, turning it into a faux video shot with a moving camera.

Here’s what an ordinary “zoom” into a 2D photo looks like without any special technology:

“The result is not very impressive,” the presenter says. “It looks quite flat and there’s no illusion of depth, there’s no parallax. It’s not quite like a real video.”

By developing a feature that understands how the things in the photo are arranged in 3D space, a much more realistic result is possible.

In addition to single click animation to bring photos to life, allowing MovingStills to select the optimal camera path, you can also choose between different camera paths to produce different effects.

The view control interface lets you specify the view you’d like the shot to start with and the camera view at the end, and the AI will fill in the motion in between the two camera “positions.” 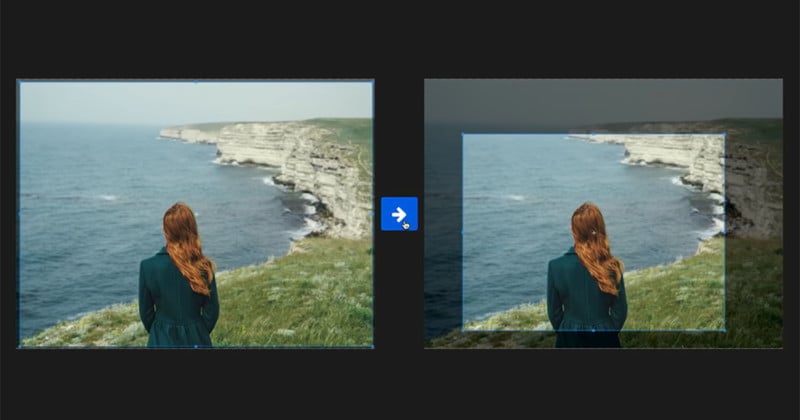 Finally, since the feature can be so hands-off, an entire album of photos can be quickly turned into “moving stills.”

No word yet on when MovingStills will be included in a Creative Cloud app update.