Hi, my name is Charlie and I’m a giant house spider. I share my house with a human macro photographer named Maxim Piessen. My roomie loves to take photos of insects and other small organisms. We have always been on the same wavelength.

He’s been able to capture a lot of insects using his camera. I did the same using my web. He shows people the small things in nature. I… I… Euhm… I just scare people? Apparently, I don’t have the best reputation.

With so many people being afraid of me (apparently you humans call them arachnophobes), I thought it was about time to jump from key to key on this laptop’s keyboard and tell you my side of the story. After an intensive brainstorm session with Maxim, we came to the idea of trying to understand why people fear me so much and to counter-argue these misconceptions.

Thus far, you have already read 2 paragraphs. Reading is boring, isn’t it? Even with 8 eyes and reading 4 times as quick as you do, I feel the need for visual imagery. Although I have the privilege to have 7 legs — I lost one during one of many adventures — a camera is just a bit too heavy for me AND as you all know, it’s difficult to take high quality selfies. Luckily, my roomie agreed upon my request to supplement my text with photos.

The most viewed and most up-voted answer: “Because they’re silently creepy, wall-crawling, web-spinning, abundant egg-laying, hell-spawn creatures on Earth.”

I must say, this is a very objective answer full of scientific facts. Let’s try to portray this answer in the following photographs: 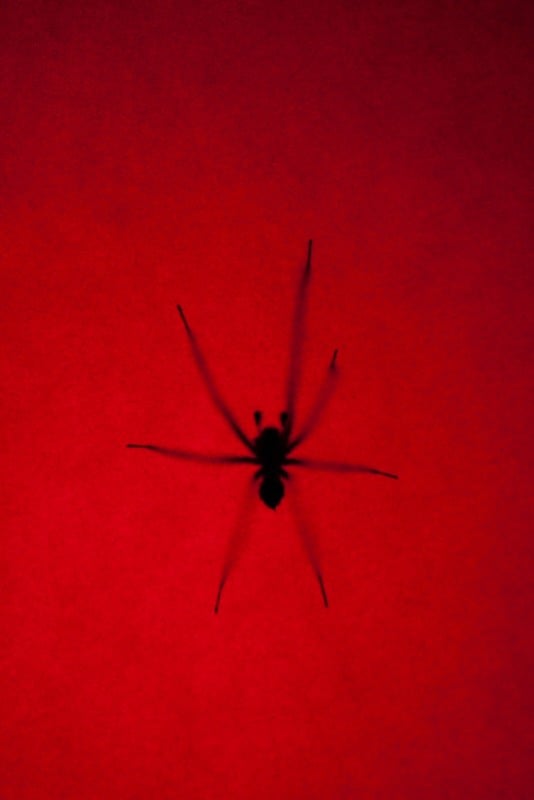 Spooky, isn’t it? This could be the poster of the next blockbuster horror movie. I would almost say I’m a (handicapped) hell-spawn creature on Earth. You don’t even see the real me. I’m silently creepy and my shadow will haunt you in your dreams.

I really love how you can add a negative connotation to the word ‘spider’ by using creepy descriptions or special photography techniques. Let’s do another example just for the fun of it. Imagine seeing this shadow casted on your wall while being home alone. I would s**t my pants too. If only I had pants… Human stores don’t sell 7-legged pants. Am I still creepy without special effects and terrifying shadows? I can hear you thinking: “UGH, SO MANY HAIRY LEGS!!!! Ö”

Let’s zoom in on that. 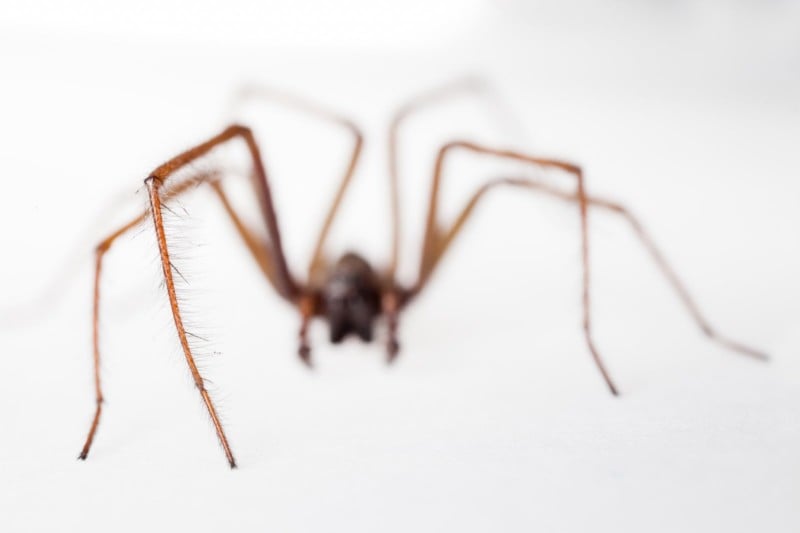 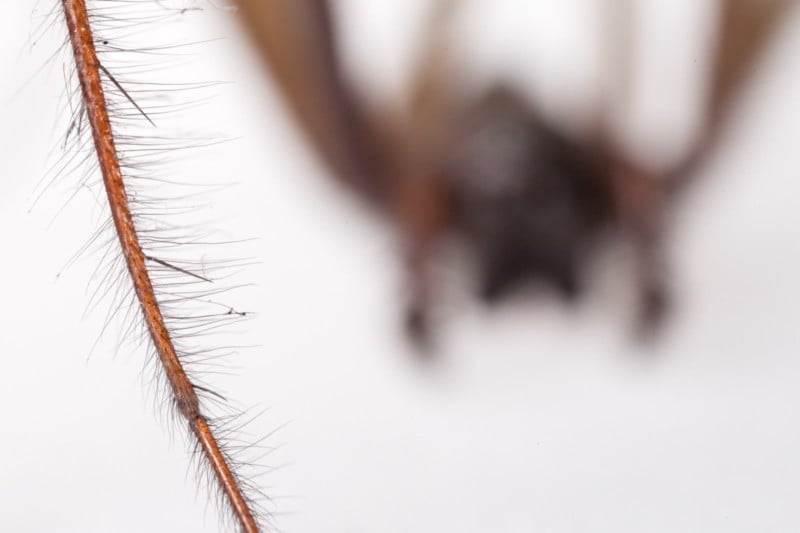 Better. Or not really, this is quite messy. I should really see a hair dresser.

Can I ask you, my dear reader, why are you so afraid of this? You to have hair all over your body. It just happens that I have 7 limbs instead of 4. Is that such a big deal? Now you think about it, you shouldn’t be scared of my legs.

So, let’s move on to the next part: My body. There isn’t much to say about my body. Just like my other roomie, Louis (a dwarf poodle), it’s hairy. Most people would stroke him, but kill me. Can you tell me why? No? Ok, good. That means you’re changing your perception of me. One last thing that might freak you out is my head. Let’s zoom in on that: 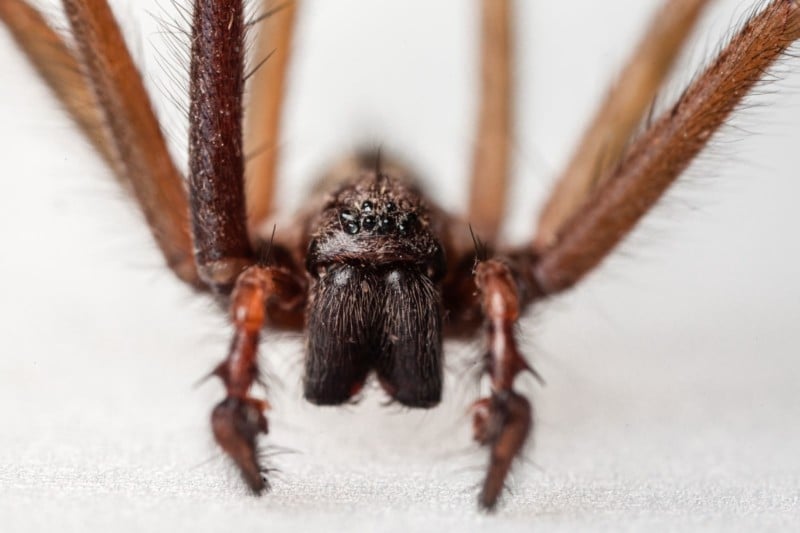 As I told you before, I have 8 eyes. It would be cool if humans also had them. This way, they could see the world in a broader perspective (just like I do). Just below my eyes, I have 2 chelicera. Let’s call them teeth. I use them to catch small insects. I don’t use them to bite you. Even if I would want to, I wouldn’t be able to penetrate your skin.

And last but not least, you see these two body parts that are out of focus. They’re called palps and can be used to sense my immediate environment, hold on to my prey and mate. You see: all my body parts have a meaningful function and are not meant to hurt or scare humans.

Oh yeah, one thing I still don’t get is how people can be afraid of me and my homies. We’re soooo small compared to you! I’m the biggest species living in Belgium and I’m still smaller than a pingpong ball. I’m not afraid of an ant, so why would you be afraid of me? 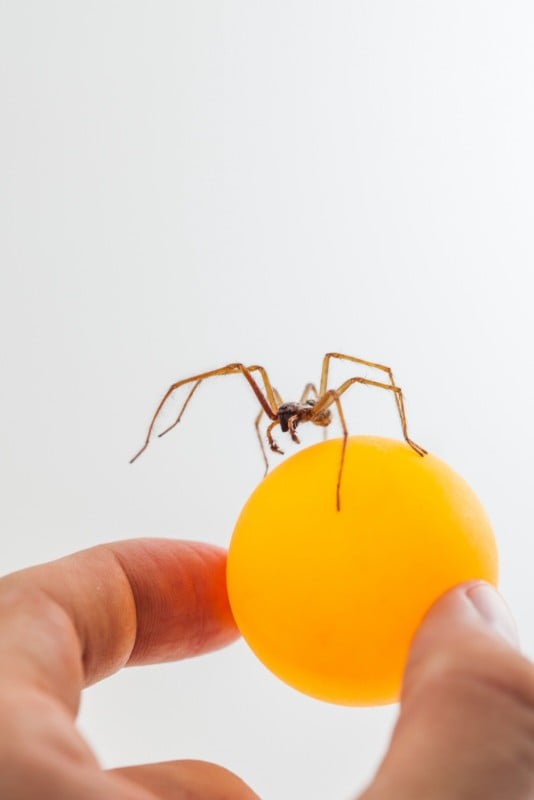 I think it’s time to drop some words from the Quora definition of a spider: “They’re web-spinning, egg-laying creatures on Earth.”

I hope our (one sided, as we can’t do much) war can end here. May we live in harmony from now on. To thank you, I will keep your nights mosquito-free, your food fly-free and your sangria wasp-free.

To conclude my manifesto, I would like to show my favourite photo of the shoot with Maxim. I think it truly shows my beauty and elegance. About the author: Charlie is a house spider. The opinions expressed in this article are solely those of the author. The photos of Charlie are by Maxim Piessen, a self taught macro- and travel photographer and founder of the new photography platform Photrea. Maxim started keeping exotic insects at the age of 10. You can find mor eof his work on his website and Instagram. This article was also published here.