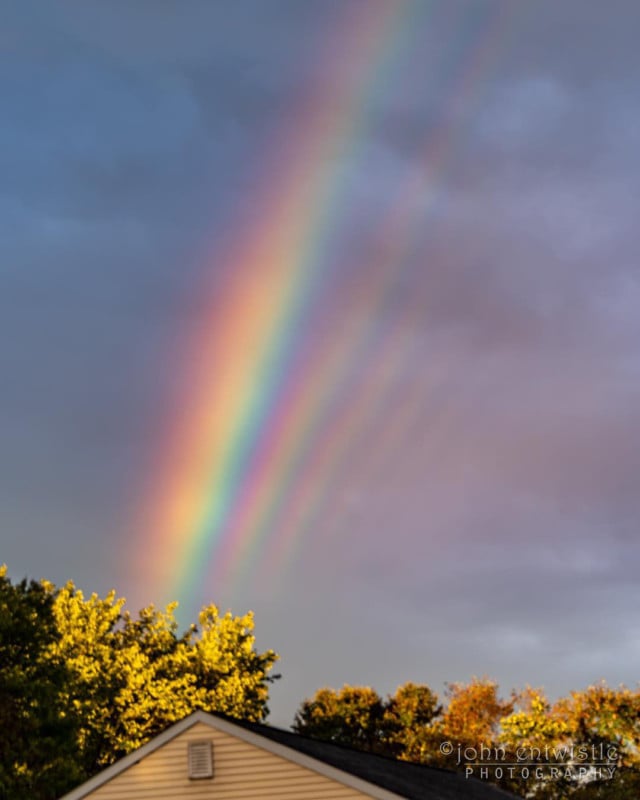 New Jersey photographer John Entwistle was shooting a sunset recently when an unusual rainbow appeared in the sky: it was what’s known as a supernumerary rainbow, or a rainbow with one or more fainter rainbows stacked with it.

“I could be wrong but that sure looks like a quintuple rainbow at sunset tonight over the Jersey Shore, NJ,” Entwistle writes on Instagram. “I’ve been told this is a supernumerary rainbow.”

The rainbow lit up the sky after a rainy day, and it faded in and out for over half an hour,” PhillyVoice reports.

The discovery of supernumerary rainbows was a first hint at the wave nature of light, as they can’t be explained using standard geometric optics.

Want to see and photograph a supernumerary rainbow for yourself? They’re most prominent when water drops in the air are small and uniform, so you may find them more easily in fog than in rain.

(via PhillyVoice via Fstoppers)

Image credits: Photographs by John Entwistle and used with permission