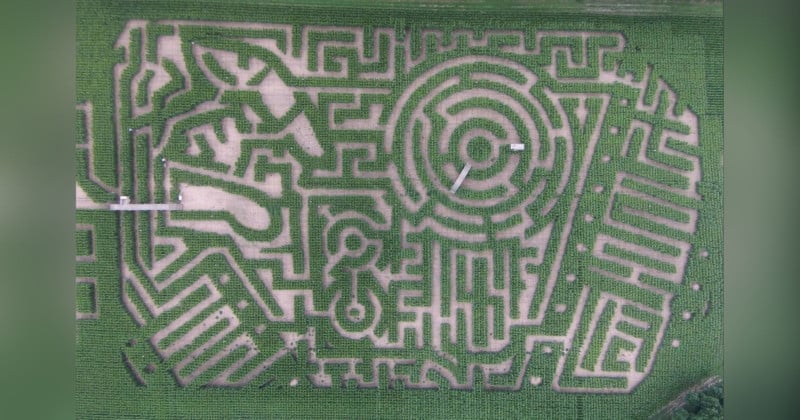 Want to get lost in an old Kodak camera? Long Acre Farms in Western New York is celebrating the 130th anniversary of the Kodak Camera by designing its giant corn maze to look like a camera from above.

“You know we all think of, maybe, I’m pretty sure it’s worldwide, to think of capturing a memory with a Kodak camera and given that that’s our neighbor right here in Rochester this seems like an appropriate theme,” owner Joan Allen tells WXXI News.

It takes less than 30 minutes to drive the 17 miles between the farm and Kodak’s headquarters in Rochester, New York.

The farm says this year’s design is an old camera with a big flash and a hand with a finger over the shutter button. Film strips are seen along the edges of the design.

(via WXXI News via DPReview)