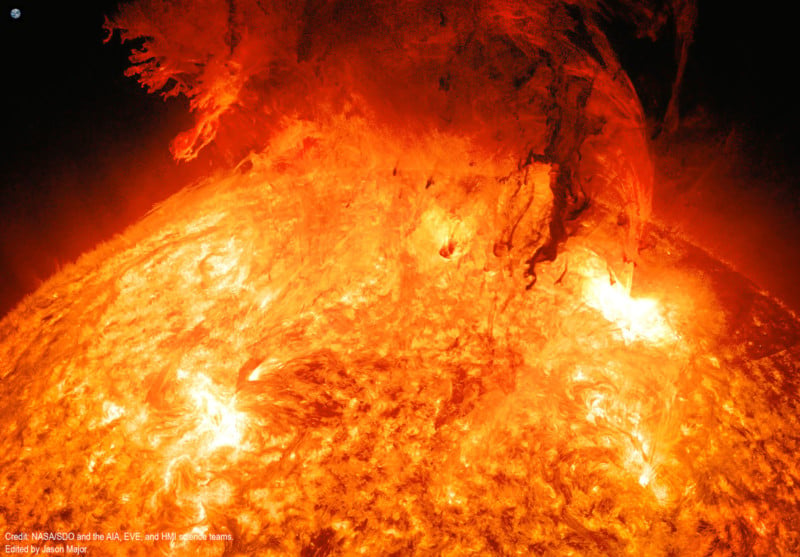 Space enthusiast and photo processing hobbyist Jason Major created this edit of a NASA photo showing a ginormous coronal mass ejection back on June 7th, 2011. See that little blue circle in the upper-left-hand corner? That’s the Earth for scale.

Here’s a video of the same coronal mass ejection:

For the image above, Major took a photo captured by NASA’s SDO spacecraft, rotated the view, and inserted the Earth to show just how large the prominence was.

(via Jason Major via Digg)

Image credits: Courtesy of NASA/SDO and the AIA, EVE, and HMI science teams. Edited by J. Major and licensed under CC BY-NC-SA 2.0

Sony is Now #1 in Full-Frame Cameras in the US