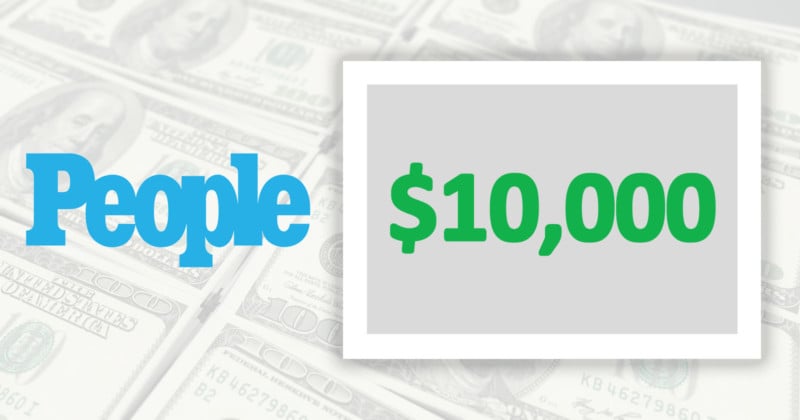 Photographers often reminisce about the glory days of magazines, when they were given huge budgets, freedoms, and paychecks to create images. Here’s one crazy example of what things were like then: People magazine once paid $10,000 for exclusive rights to a photo it didn’t even want… just to keep it away from competitors.

The New York Times has published a fascinating oral history documenting the last days of Time Inc. before the “pre-eminent media organization of the 20th century ended up on the scrap heap.”

Former People assistant managing editor Albert Kim shares how publications would get into crazy bidding wars over celebrity photos, sometimes paying tens of thousands of dollars for them, and sparking tabloid and paparazzi culture.

“Not long into my tenure, there was that famous set of pictures that had Ben Affleck and Jennifer Lopez kissing in a convertible — the first affirmation that they were a couple,” says Kim, who was responsible for approving photo department expenses. “We got into a bidding war with Us Weekly over those pictures and we ended up buying them for $50,000. That’s what triggered everything in tabloid culture and the paparazzi.”

After that $50,000 spend, Kim began spending tens of thousands of dollars every single week to license exclusive celebrity photos from photographers.

“A lot of times I was buying pictures I knew we weren’t going to run, just to keep them out of the hands of our competitors,” Kim says. “I once spent $10,000 on a photo of Eminem and his daughter knowing we wouldn’t use it, but knowing no one else could, either.”

Former Life and TIME editor Dan Okrent says that magazines spent money so loosely simply because they were earning so much, perhaps similar to some ultra-profitable Silicon Valley companies today.

“It seemed as if no one was paying attention to the money that was going out, because there was so much coming in,” Okrent says.

But as advertising dollars moved from print to the Internet, budgets for photography have shriveled up as well.

Sony Investing $9B in Image Sensors, Aims to Be Top Camera Brand by 2021