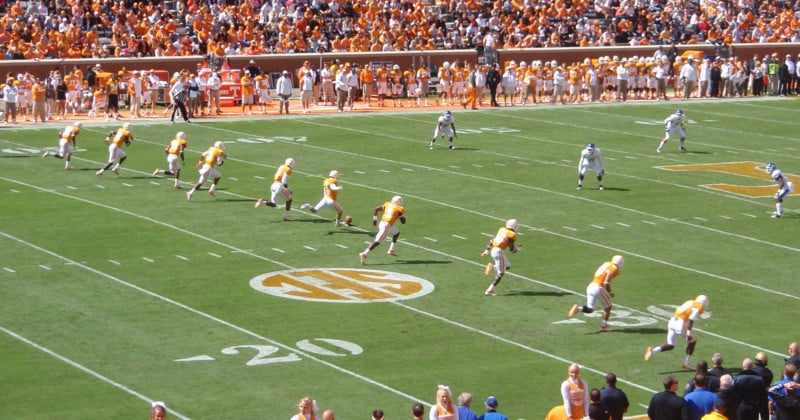 The chief photographer of the University of Tennessee Athletics Department is now under investigation and on paid leave after a state investigation found that he photographed athletes from other schools for those schools while on the job.

The Knoxville News Sentinel writes that a new report released Thursday by the Tennessee Comptroller of the Treasury found that UT athletics photographer Donald Page had used UT camera equipment during work hours to shoot non-UT athletes, and that he was paid by other universities to do so.

The report also stated that Page, who earns $56,661 according to UT’s public salary database, had hired other people to help photograph non-UT athletes on his behalf, paying those assistants in cash. In total, he was found to have earned $9,240 from other schools while on the job, and over $6,000 while off work.

A conclusion from the report was that, at minimum, Page “abused university work time and equipment for his personal benefit” and that his actions “resulted in a waste and/or abuse of taxpayer funds.” Since UT is a public school, Page is a state employee.

UT placed Page on paid administrative leave back on June 15th, 2017 and has been awaiting the comptroller report before making a decision on Page’s future. The comptroller is recommending that UT officials determine for themselves whether Page violated any official UT policies with his actions.

We’ve reached out to Page for comment and will update this article if/when he responds.

Image credits: Header photo by Joel Kramer and licensed under CC BY 2.0

Rant: How Sony Can Fix the Terrible Menus on Its Great Cameras