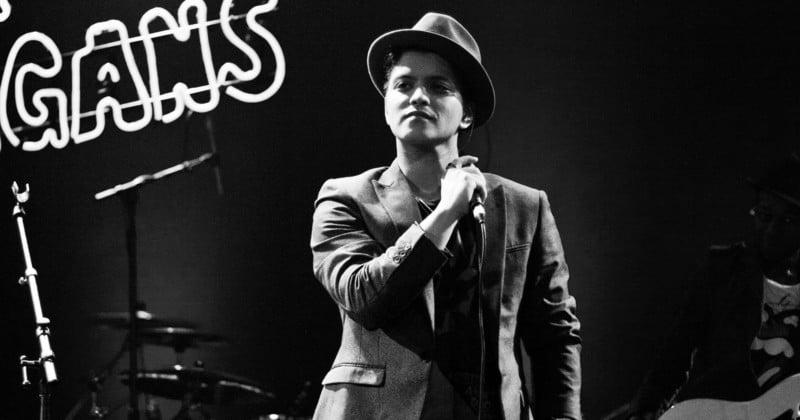 Singer Bruno Mars is being sued by a photographer after he posted a childhood photo of himself on social media.

TMZ reports that photographer Catherine McGann captured the photo of Mars back in 1989 when he was 3 or 4 years old and working as a tiny Elvis Presley impersonator.

28 years later, in June of this year, Mars published the photograph to his Instagram, Facebook, and Twitter social media accounts for a “Way Back Wednesday”-themed post. The photo racked a huge number of likes and shares, including 1.2 million likes through just Instagram.

Problem was, Mars never asked McGann for permission to share the photo, and the photographer was reportedly shocked when she saw the image being published across Mars’ social media channels.

So, McGann has now decided to file a copyright infringement lawsuit against both Bruno Mars and his record label, Warner Music. McGann is asking the courts for damages as well as all profits Mars and his label generated from their use of her copyrighted photo.

re.photos is a Photo Sharing Service for Then-and-Now Photos