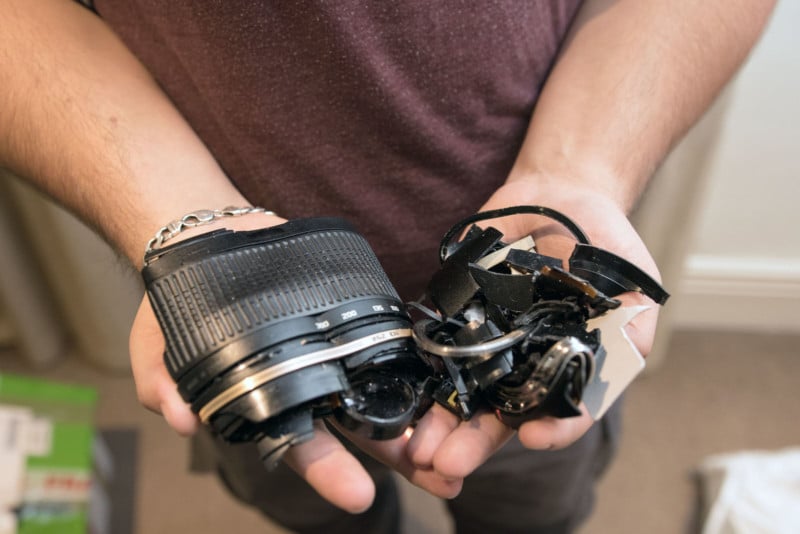 A photographer in the UK is accusing the Royal Mail of smashing his camera lens “to smithereens” on its journey to an eBay buyer and then refusing to provide reimbursement. The zoom lens wasn’t just damaged from rough handling: it somehow got turned into a pancake lens.

A week later, however, Hawkins received photos from the buyer in London showing that the lens had somehow gotten flattened somewhere along the way. Hawkins says the lens had gotten “smashed to smithereens, looking like an elephant had trodden on it.”

“My best guess is that one of their cars ran it over,” Hawkins tells the Daily Mail, “because if you look at the package you can see the rock indentations down one side where it’s been on the floor. It must have been a vehicle that drove over it or something.” 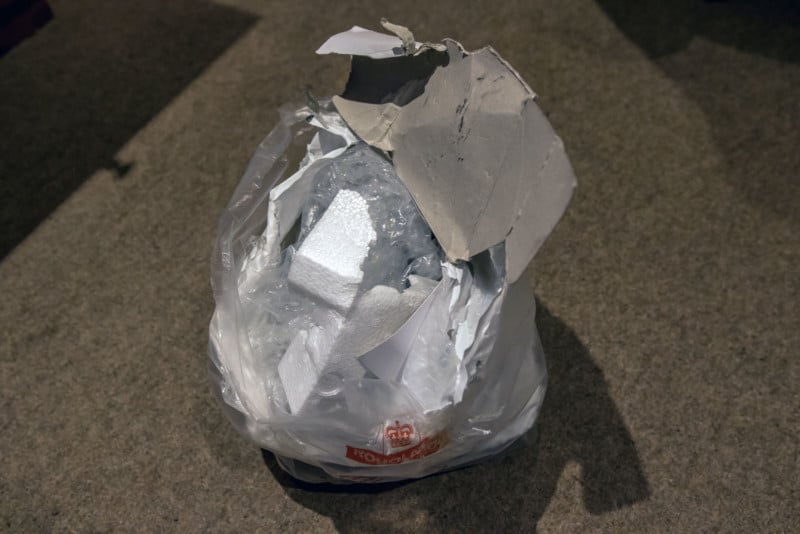 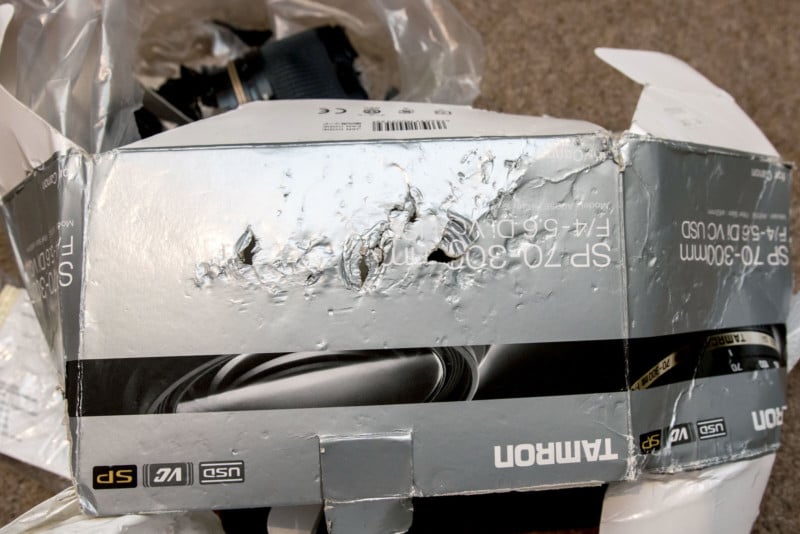 Hawkins refunded his buyer’s £200 payment and immediately filed a complaint with the Royal Mail, which took a month to acknowledge the complaint and initially refused to reimburse him for the loss.

“The buyer sent the lens off to the Royal Mail to be evaluated and then they sent it back to me with a letter stating they won’t be paying anything,” Hawkins tells PetaPixel. “They said it wasn’t protected well enough.

“The lens was shipped ‘Special Delivery Next Day Guaranteed (before 1 pm),’ which is advertised as ‘the’ service for valuables and insures products up to a value of £500. They state on any adverts that if any product shipped with this service lost or damaged with be refunded in full.

“It doesn’t state anywhere about how thick packaging should be or even provide links to their terms and conditions. It was protected well enough for knocks and bumps’ as it states on the terms and conditions, but they said it wasn’t sufficient enough and denied all liability of driving over it.” 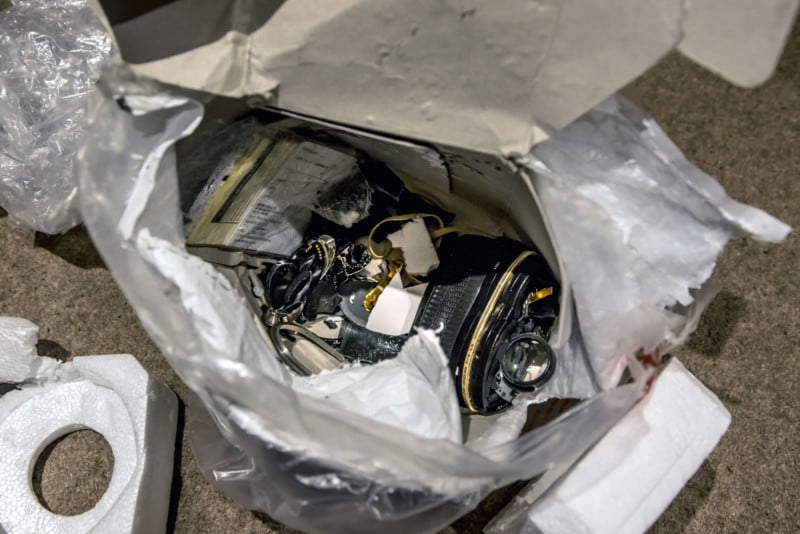 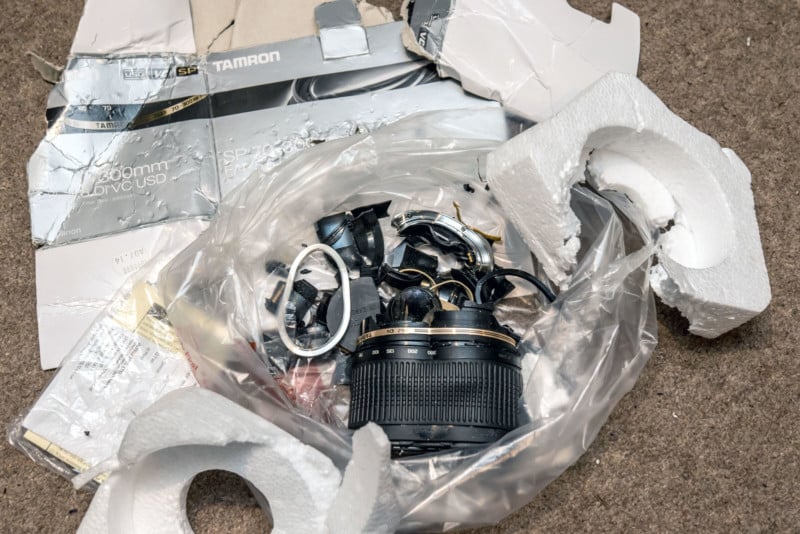 “I thought paying for a premium service it would be treated differently from the rest of the mail but I guess not,” Hawkins tells PetaPixel. “Paying insurance is pointless if it needs to be packaged well enough to prevent damage from being driven over.”

After escalating the case twice with the Royal Mail to no avail, Hawkins turned to the media. Once the story got out in the press, the Royal Mail finally offered to reimburse Hawkins for the destroyed lens. Hawkins finally received the “goodwill” check today.

“Once the press got involved and contacted them, I was contacted by one of the CEO of the company who offered a ‘goodwill’ payment equating to the value of the lens and the service provided,” Hawkins tells PetaPixel. “But they denied any liability and insisted all practices were followed correctly.”

Image credits: Photographs by Jacob Hawkins and used with permission

iOS Apps Can Secretly Shoot Photos if Given Camera Permissions