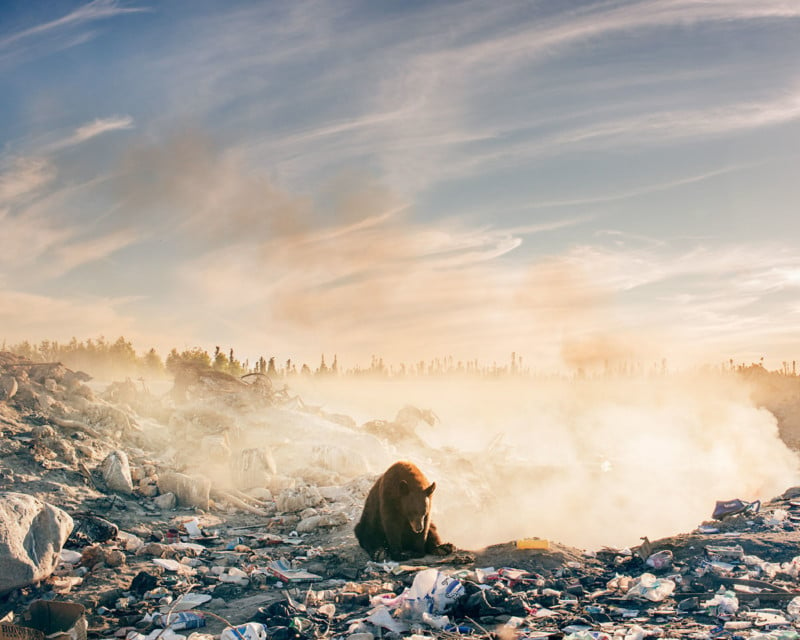 Canadian photographer Troy Moth was on an assignment when a tip from a friend led him to a nearby landfill where bears had been spotted. After arriving and seeing about 7 bears there, Moth was stunned by the sight that he didn’t shoot any photos.

After thinking about the bears at the landfill all night, Moth returned the next day and found a bear sitting near the smoke coming from a flaming pit of garbage. This time, Moth was ready with his camera and he captured the photo above. He titled it: “Invisible Horseman, 2017.”

“When I finished making the photograph, the bear turned slowly and walked down into the smoking pit, disappearing from my sight,” Moth writes at DPReview. “He never came back up during the rest of my time there.”

“This is the most heartbreaking image I’ve ever made,” Moth writes in a viral Facebook post. “I teared up when shooting it, again when editing it, and on several occasions just thinking about it. I’ve waited nearly a month to post it as I’m still not sure how I feel about it.

“I do know I’ll never forget this moment, and what happened to that bear afterwards, which I was too stunned to photograph.”

Image credits: Photographs by Troy Moth and used with permission

TogTees: T-Shirts Designed by and for Photographers