When you go “live” on Facebook, there’s actually a delay of several seconds between when your camera records video and when it gets broadcast through Facebook. The band The Academic came up with the absolutely genius idea of using this delay to create a mesmerizing visual loop sampler for the live recording of the song “Bear Claws” in the 6-minute video above.

“We rearranged each instrument on ‘Bear Claws’ to fit Facebook Live’s delay, with each loop getting more complex, adding instruments, rhythms, and melodies,” The Academic writes. “Additionally, by projecting the video live from a soundstage we created an infinite tunnel consisting of all the previously recorded loops.”

The band changed the stage lighting with each loop, making it easy to track the loops as they fade into the “infinity tunnel” on the screen. 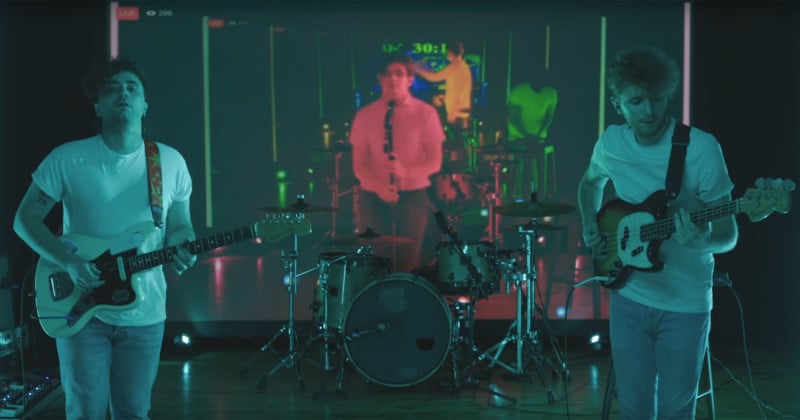 This is the type of creative camera technology use that OK Go has become known for through their viral music videos.

Shooting Portraits in a Bedroom with a Reflector and Natural Light