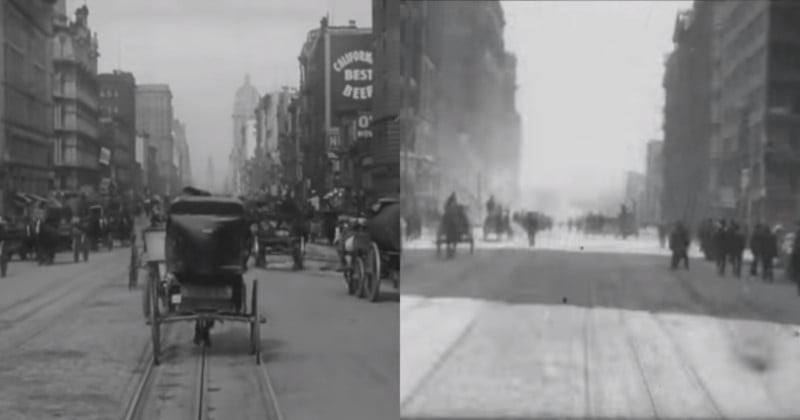 On April 18, 1906, San Francisco was struck by a magnitude 7.8 earthquake that sparked huge fires, destroying over 80% of the city and killing roughly 3,000 people. Immediately before and after the earthquake, cameras captured dashcam-style footage while traveling down Market Street, and those films now provide an idea of how SF was changed through the quake.

The film, titled “A Trip Down Market Street,” was shot by four filmmaker brothers, Harry, Herbert, Earle and Joe Miles. Harry hand-cranked a Bell & Howell while it was moving down the street on a streetcar.

Here’s a second film that was shot shortly after the devastating earthquake:

In this second view, we see people on the streets next to damaged and destroyed buildings. Others are lining up for aid and living in roadside tents.

The 1906 San Francisco earthquake remains the #2 deadliest natural disaster in US history, trailing the 1900 Galveston hurricane that struck Texas.

How to Pick the Right Camera Settings for Every Scenario