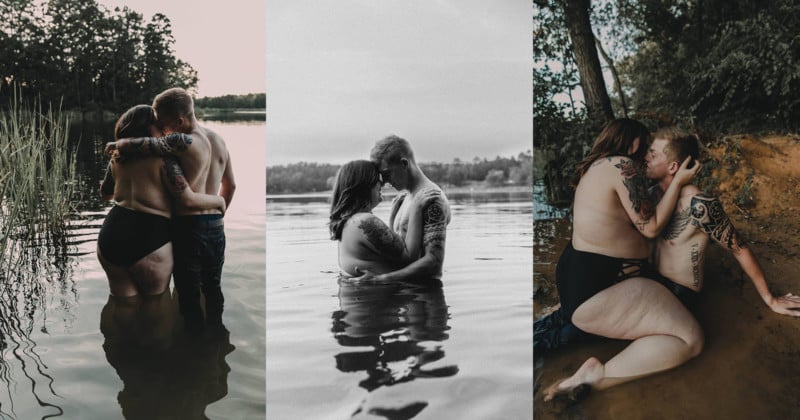 A plus-size Texas woman says she was fired from her job last week after a steamy “body-positive” boudoir photo shoot she did went viral online.

The woman named Stephanie (who prefers that her last name not be used) had responded with her new fiancé to an open call for boudoir photos by photographer Bria Terry of Wolf & Rose Photography. Terry shared the album on Facebook last month, where it went viral and attracted tens of thousands of likes and shares:

Stephanie was soon giving interviews to large publications and sharing how she wanted the photos to spread a message of body positivity. Here’s a quote she gave the Huffington Post:

I honestly have never felt more attractive. I was so nervous to see the final result. I didn’t know what to expect. But when I saw the album, I was shocked. I look so in love and confident. Every person should be able to see themselves in that light. It is really eye-opening.”

I remember being in junior high and looking at myself in the mirror, wondering why my stomach wasn’t the way it was ‘supposed’ to be. Over the years, I’ve come to accept that I am always going to be considered plus-size. I push myself out of my comfort zone by wearing clothes that I love but aren’t in society’s mold of what is acceptable for bigger women, like crop tops, tight shirts, shorter dresses and shorts. I walk around with my head high, smiling, and show no shame in myself. 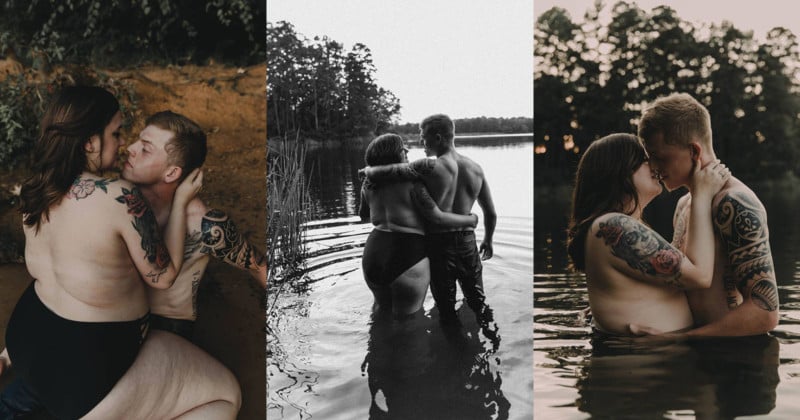 But it seems not everyone was a fan of Stephanie’s photo shoot. She says that shortly after the photos went viral online, she was fired from her job at Austin Bank Texas N.A., where she had worked for over a year.

“They said I was topless and it was inappropriate and we’re a family-oriented company,” Stephanie tells BuzzFeed, saying she was actually wearing a strapless top that’s commonly worn with backless dresses. “There was no defending myself, they had made their decision.

“I gave over a year to a company that I worked really hard for and then to have them turn on me for doing something so positive, something that I was so proud of — to help myself as a woman — it was hurtful. People were pulling out their phones at work and showing the pictures and that was blamed on me.”

When contacted by Yahoo Style, the bank said that it doesn’t comment on personnel matters per its HR policy.

Photographer Brian Terry soon posted a message on Facebook, criticizing the bank of its decision and saying that Stephanie is also 20+ weeks pregnant:

“I completely understand that it is perfectly within the company’s rights to terminate someone,” Terry writes. “Texas is an at will state, and legally her employer did nothing wrong, but I cannot help but wonder how a company who claims to uphold family values can morally terminate an otherwise model employee who is 20+ weeks pregnant with her first child.

“Their decision not only stripped her of her insurance which is without a doubt a major necessity while pregnant, but also her paid maternity leave.”

According to Terry, however, Stephanie has already landed a new job in the days since the firing.

GoPro HERO6 vs. HERO5: Should You Upgrade?