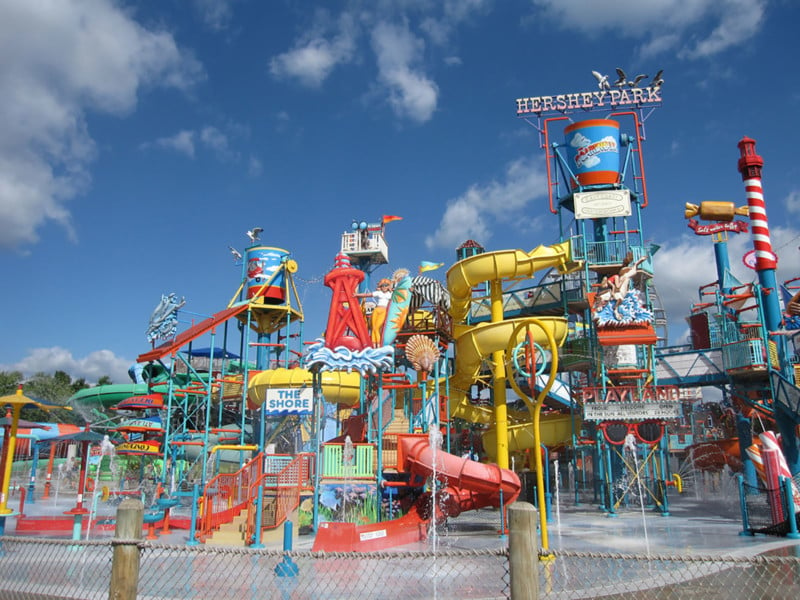 A 42-year-old woman from New Jersey is suing the popular theme park Hersheypark after she fell from a watercraft while posing for a picture at a photo op spot.

NJ.com reports that Denise Spicuzzo and her family arrived at the park on the June 15th, 2015, and the group stopped to take a photo with the personal watercraft used as a static display at the park for photo ops.

The lawsuit states that visitors are “encouraged” to sit and pose for photos on the watercraft in front of a aquatic backdrop by park officials. The incident occurred when she climbed down from the watercraft, slipping on an area with no slip-proof material.

The 42-year old suffered a fractured ankle which required surgery 3 days after the event. She claims to now be permanently limited by the injury, which caused surgeons to insert a plate into her ankle.

Spicuzzo claims to have also suffered from “humiliation, embarrassment, mental anguish and psychological trauma” because of the injury. She’s now asking a federal judge to award her over $75,000 for damages, PennLive reports.

The lawsuit perhaps seems farfetched, but her attorneys say that the park’s managers failed to properly maintain and inspect the display. The suit also states that the park failed to warn visitors of the dangers posed by the immobilized watercraft.

This week, the park’s owner, Hershey Entertainment & Resorts Co., asked the judge to dismiss the lawsuit, arguing that the photo op display is “reasonably safe” and that the woman broke her ankle due to her own “comparative negligence.”