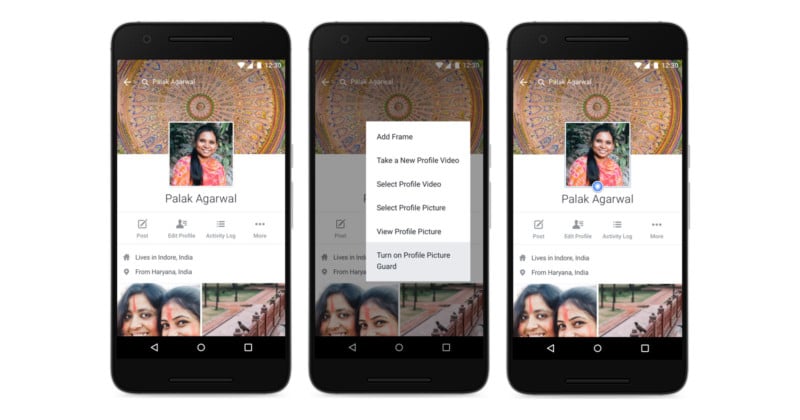 Facebook is rolling out new tools to its users in India that will protect profile photos and help combat image theft.

“We’ve heard that people want more control over their profile pictures,” says Facebook. “We’ve been working over the past year to understand how we can help.”

“Some women choose not to share profile pictures that include their faces anywhere on the internet because they’re concerned about what may happen to their photos.”

The new protection will be an opt-in feature, which will surround a profile photo with a blue border and a shield symbol to signify that this protection is active.

The feature will stop others from downloading or sharing profile photos, as well as stopping people you’re not friends with  from tagging themselves in your picture. Finally, they’ll also stop people from screenshotting your photo (where possible). 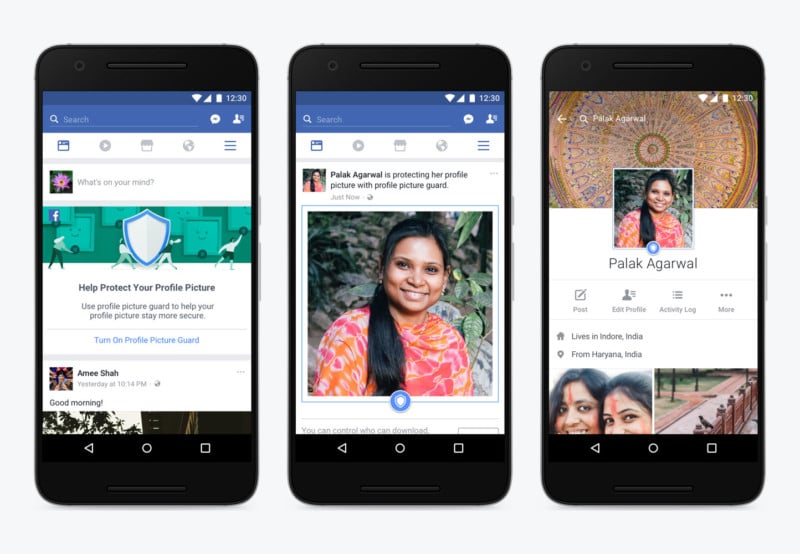 Users can also now add a watermark to their profile photo, too. Facebook say that people are 75% less likely to copy a profile picture when this layer of protection is added.

Facebook say that “if someone suspects that a picture marked with one of these designs is being misused, they can report it to Facebook and we will use the design to help determine whether it should be removed from our community.” 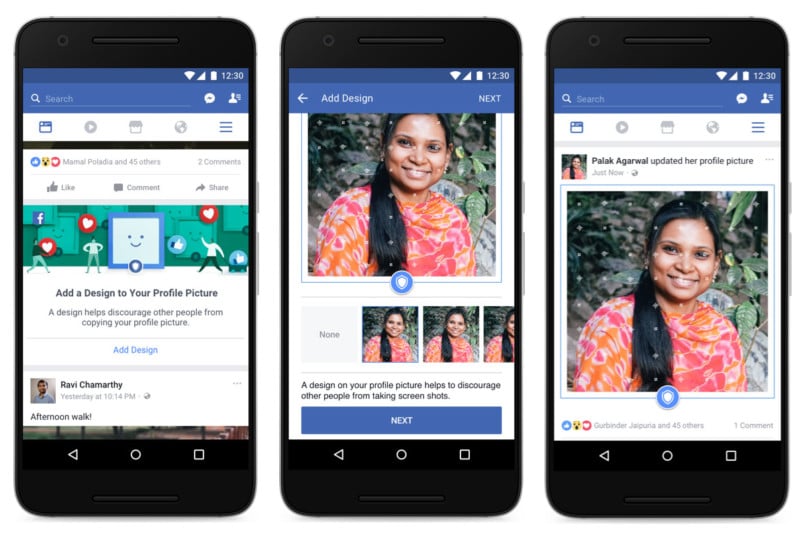 Whilst the feature is only available to users in India, and only on profile pictures, it is reasonably safe to assume that this kind of protection may eventually be afforded to all uploads around the world.

This could be particularly useful on Facebook Pages that are used by photographers to post their work, and deterring downloading or screenshotting would no doubt help to prevent copyright infringement and unauthorised image use.

The feature is clearly in the early stages of development, but if it proves successful further innovation in Facebook’s image protection could provide a powerful tool for all to use.

5 Steps to Land a Collaboration with an Instagram Influencer