The “public service” campaign was created in a partnership between the ad agency Serviceplan and the French road safety authority DRIEA. They report that in the region of Ile-de-France alone, there are about 4,500 careless pedestrian victims each year.

The digital billboard was set up near the busy crosswalk and was equipped with a motion detector, a speaker, and a camera.

Once it captured the scared face of a jaywalking pedestrian, the billboard would immediately display the photo along with the caption: “Don’t look death in the face. Check the lights and cross safely.” 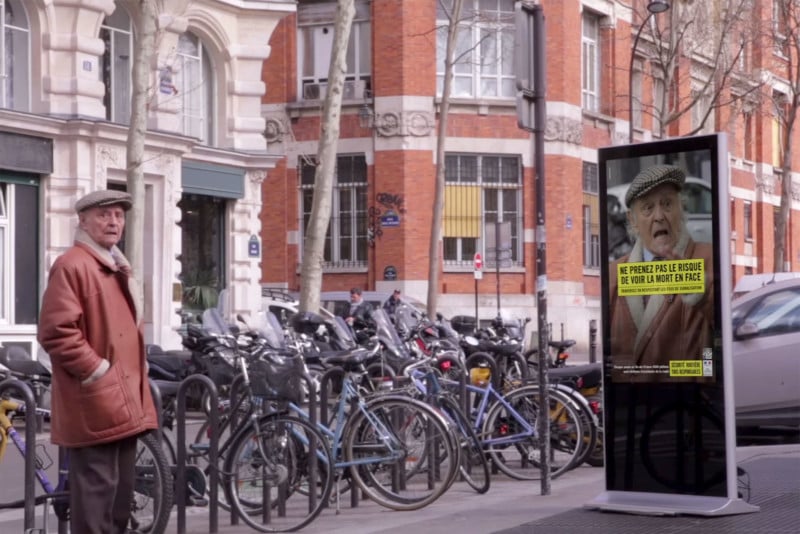 “With his own face as the subject of this warning, the message is authentic and credible,” writes Serviceplan. “A fake picture could never achieve this.”

Here are a selection of the photos that were shot by the billboard: 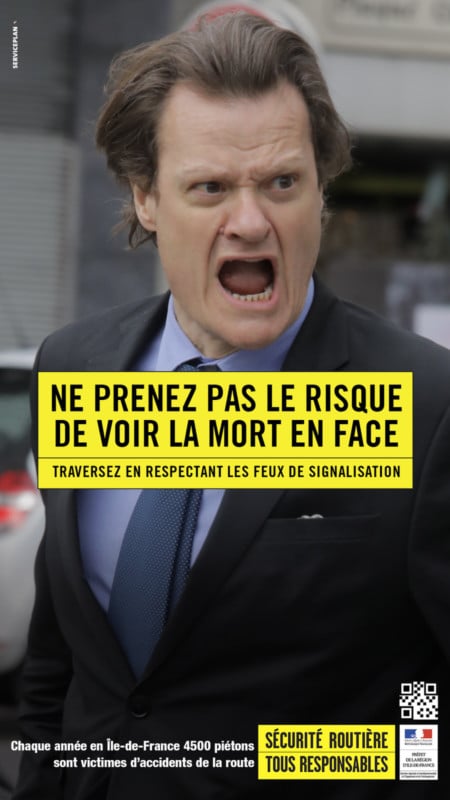 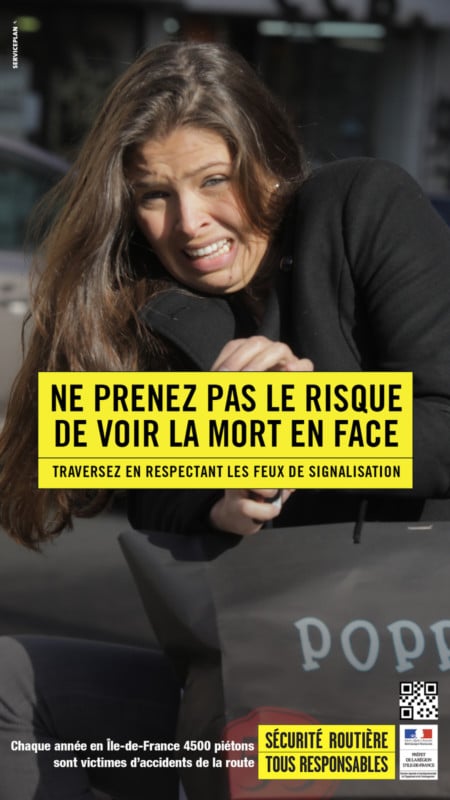 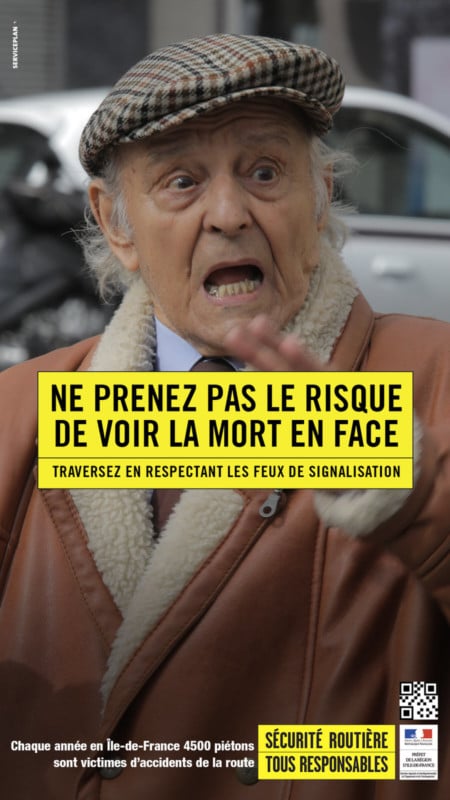 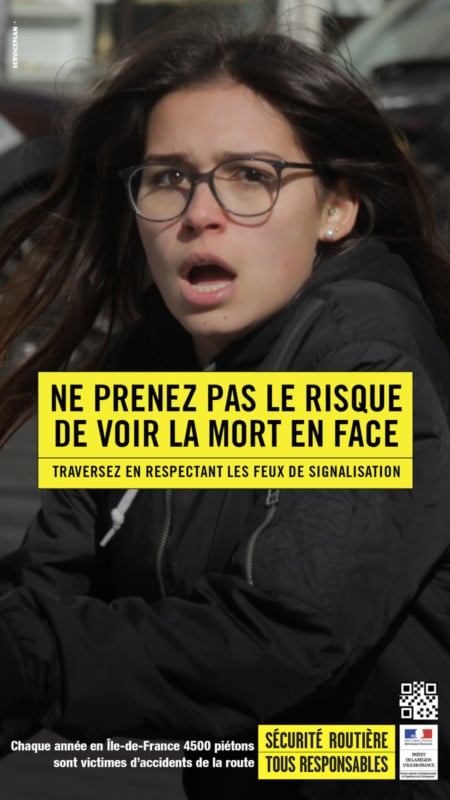 Footage and photos of the jaywalkers are also currently being used in an ad campaign around France.