Using a fancy algorithm isn’t the only way to turn a photograph into a “video.” As Armand Dijcks shows in his captivating video Infinite Now, all you need is the Puppet Warp tool in Adobe After Effects and some incredible imagery by someone like Ray Collins.

Believe it or not, Infinite Now is made up of just 7 images. But through the magic of Puppet Warp in After Effects and Flixel Cinemagraph Pro, Dijcks is able to stretch those out into 7 mesmerizing minutes worth of wave video.

Created in collaboration with master wave photographer Ray Collins, Dijcks painstakingly animated 7 of Ray’s more beautiful photos until they look like they are honest-to-God flowing in infinite slow motion—an effect that simply isn’t possible to replicate in-camera no matter how amazing your slow motion rig.

“Many people actually thought it was an ultra slow-motion video shot,” says Dijcks, talking about his first experiment with animating waves in this way. “To shoot a real slow motion shot like that, in this kind of resolution, you would need a super expensive high end camera like a Phantom Flex 4K, and probably a few hundred kilowatts worth of lighting.”

Instead of this impossible setup, Dijcks just used Adobe After Effects to animate the “motion,” and Cinemagraph Pro to create a perfect loop and mask out parts of the image that shouldn’t be moving. 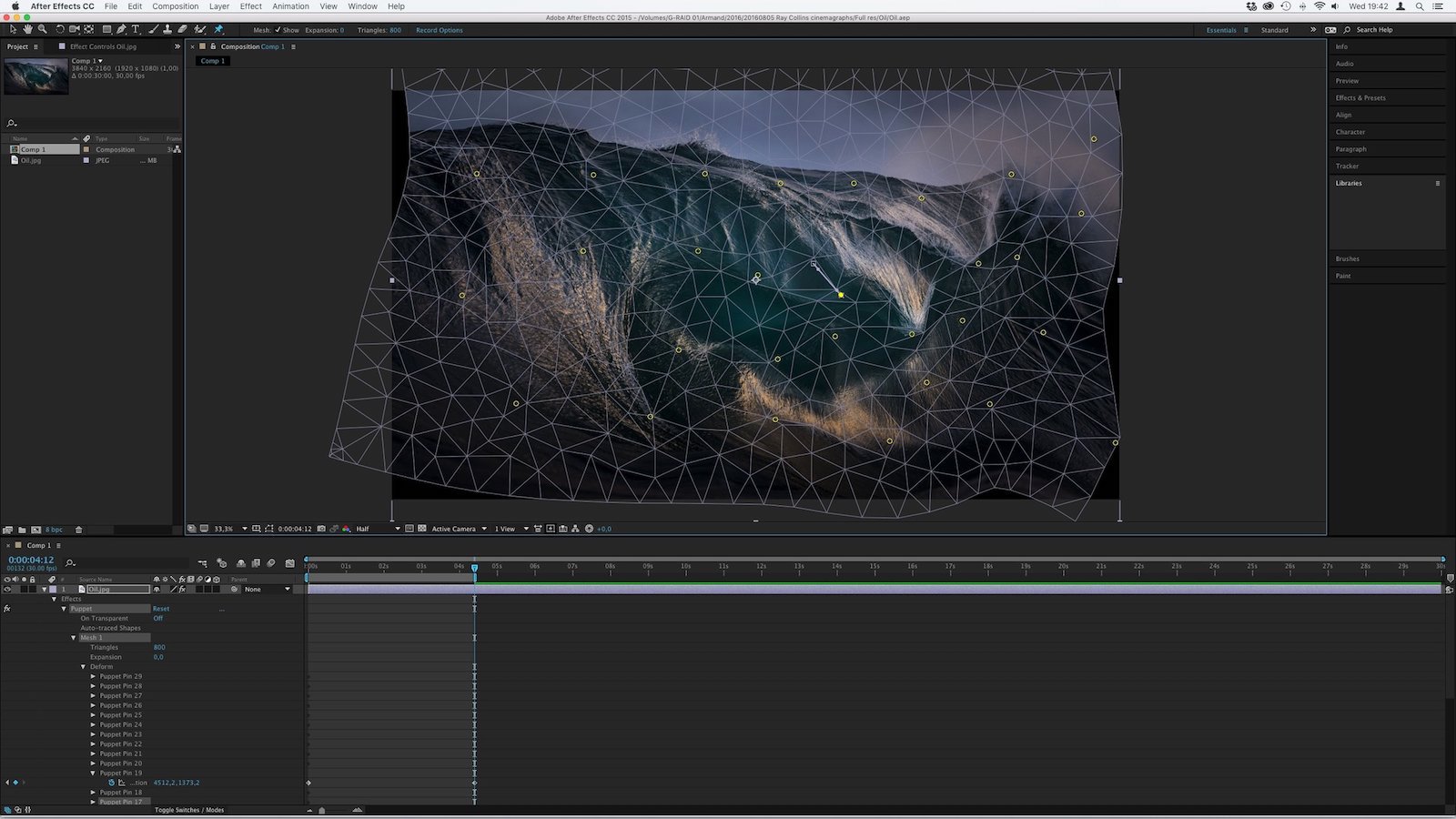 His initial experiments involved his own simple splash photography, but once he had the technique down, Dijcks knew he needed to expand his scope.

“It seemed like a really cool idea to apply this technique to the work of a photographer who I admire a lot, and who’s probably one of the best ocean photographers out there: Ray Collins,” writes Dijcks on his site. “At first I hesitated to contact Ray about the idea. Here I was, a total stranger proposing to mess around with his images. But when I finally sent him a rough example based on a low res image, he immediately loved it.”

From there it was just a matter of processing. Before either of them knew what they were getting into, Dijcks had created a series of 4K cinemagraphs using some of Ray’s most incredible photographs. After that, the jump to a full-fledged “video” was intuitive. Thus was born Infinite Now.

“I’ve always been interested in playing with the element of time, and blurring the lines between still photography in motion. This project to me is the culmination of that idea, taking an infinitesimal sliver of time and stretching it out to infinity,” Dijcks tells PetaPixel. “It’s been awesome to realize this film in collaboration with some super talented artists: Ray Collins for the stills, and André Heuvelman and Jeroen van Vliet for the music!”

Click play up top to see Infinite Now for yourself, and if you want to spend even more time captivated by your computer screen, click here to browse through Dijcks entire wave cinemagraph series.

See How This Surreal Construction Image Was Shot and Processed